Baseball pushes toward the postseason 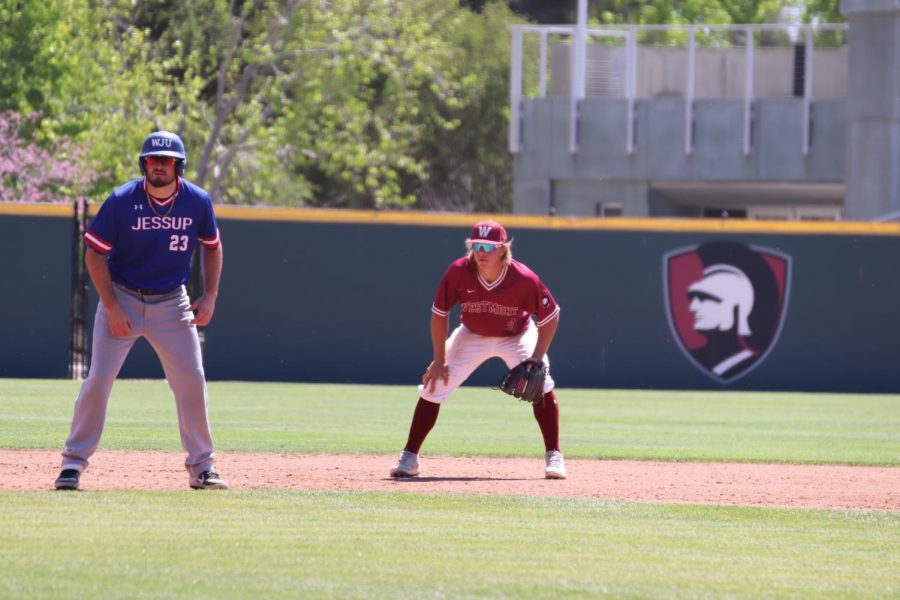 This past weekend, the Westmont baseball team hosted the Hope International Royals from Fullerton, California, on Russ Carr Field.

As the Golden State Athletic Conference (GSAC) playoffs are fast approaching, the Warriors hope to land a good spot in the brackets. Currently 17-11 in GSAC play, they are third in the standings. The Warriors only have a few games left until the postseason, so they are fighting hard to finish well.

With the playoffs in sight, the Warriors were eager to take on Hope International in a four-game series last weekend. The last time the Warriors played the Royals, the Warriors lost all four games. This time, the series split, with each team winning two games. This was a big deal for the Warriors, as it increased their GSAC standings.

On the opening day of play, the teams were tied at four through five innings during the first game when the Warriors gave up the lead after walking two batters in the fifth inning. In the sixth inning, the Royals went up four, shifting the game in their favor. The Warriors lost 9-5.

Later that day, during the second game, the Warriors came back strong, winning 4-3 to split the day. Second-year Robbie Haw helped seal the deal by pitching against one of the best hitters in the GSAC, Brendan McKenzie. Haw kept McKenzie from scoring and the Warriors went on to win the second game.

First-year Bradley Heacock commented on the game, praising one of his fellow teammates.

“Our playoff chances are still alive. Daniel Netz stood out at the plate by continuing to hit the ball out of the yard.”

As Heacock mentioned, fourth-year Daniel Netz had a great series against the Royals and was a major help during the second day of play. He had a total of 14 at-bats, four hits, three runs, and seven runs batted in.

Heacock explained how the Warriors are looking to improve before the playoffs.

“We need to have quicker adjustments at the plate during games, such as swinging at pitches we know the umpire will call strikes and not hitting pop-ups.” He continued, “Of course, we are still looking to improve all assets of the game because we need to play our best baseball right now.”

The Warriors will take on the Lions at Vanguard University in Costa Mesa next weekend to help their chances of making it into the postseason.