How voter suppression is affecting the Black community 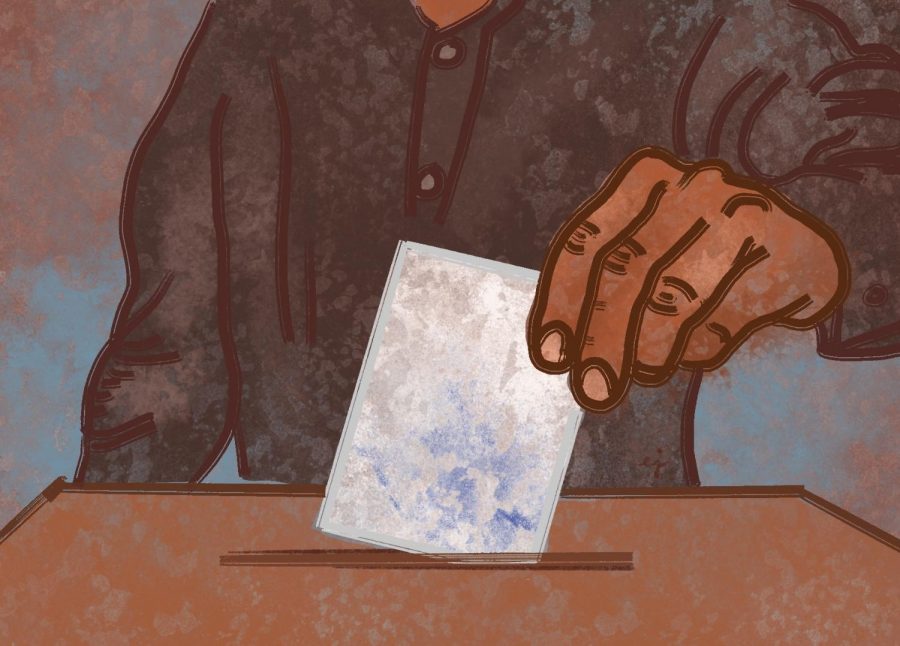 Examining the implications of this legislature for marginalized communities.

I cannot begin to explain the discouragement I felt when Georgia passed the new Senate Bill 202 election law. Over the years, there has been a large consensus that racial equity in this country has improved since the Civil Rights Movement. I have staunchly disagreed. Things have not become much better or worse, but rather, have remained the same. The only difference I have been willing to recognize is that, perhaps, a new light is shining on our country’s never-ending racial issues.

SB 202 has absolutely confirmed my view on racism in the United States. In 2021, Black America is still afflicted by Jim Crow-esque laws that perpetuate voter suppression. It is easy to read over SB 202 and argue that Black people are not specifically targeted in these new election laws, but that would completely disregard the systemic disadvantages Black people face every day.

While Georgia’s new SB 202 law is a 98-page bill, I will focus on a few key elements that may have detrimental effects on the capability of predominantly Black communities to vote. The first alarming aspect of SB 202 is the prohibition of the distribution of food and drink within 25 feet of an elector as they stand in line to vote. This is a direct target at certain Black communities in the state of Georgia, where it was common to pass out food and water to people waiting in long lines to vote. It is a fact that there are less polling sites in Black neighborhoods making the lines longer. As a result of the Shelby v. Holder decision in 2013, the U.S. Supreme Court determined that Section 4(b) of the 1965 Voting Rights Act, which conditioned preclearance requirements for polling site changes, was unconstitutional. This change resulted in a vast reduction of polling sites in Black neighborhoods.

Although the lines were long before the SB 202 bill, the permission to distribute food and drink promoted better conditions for an already bad voting environment. While unmanned water stations such as water fountains are permitted, they are not required. So, at polling sites where the water stations are unavailable, these longer lines that are present in predominantly Black neighborhoods become a bigger obstacle for the Black populace to vote. Not only are food and drink distribution prohibited, but the SB 202 bill has decreased drop box sites and limited mobile voting centers for emergencies only, which will decrease voter options and lead to longer lines. These restrictions are built to make the voting process more difficult for minorities. Harvard’s department of government conducted a study in 2014, which showed the plummet in voter turnout due to long lines in predominantly minority areas. In this study, over 200,000 people failed to cast their vote. It is a senseless provision that disregards the longer lines common in predominantly Black neighborhoods.

Two aspects of SB 202 that I found particularly alarming were the allowance for all Georgia residents to send in voter eligibility challenges and a new voter fraud hotline, where anyone can anonymously call and express concern with possible election fraud. These laws do not only perpetuate the lie that this election was rigged, but also continue the phenomenon of racial profiling. Racial profiling is a huge issue for people of color (POC), and Black people and their communities will likely become a huge target for these challenges and fraud alerts. This is especially concerning because 87% of the Black population in the United States is Democrat. Pairing this knowledge with the primarily Republican legislature that will now have control over qualifying votes makes it clearer how these laws are set in place to systematically oppress the Black populace of Georgia.

Georgia is not the only state in the country where the Black community and other POC are systematically disadvantaged. Michigan, Arizona, Pennsylvania and Wisconsin are introducing new oppressive voter restrictions as well. It might be difficult to grasp how these restrictions are dangerous and oppressive when you don’t seem to be affected by them, but that is exactly how racism in America works.

Systemic oppression is naturally a blind spot to the individuals not affected by it. If the lines are not long in your communities, why would you care about the prohibition of food and drink distribution? The legislature comes from the same political party of individuals who will not be affected by these restrictions. Obviously, these privileged individuals would worry less about the disqualification of their votes or the polling places in their communities being put under investigation, which could possibly hinder them from voting. When you stop and think about the circumstances of Black Americans in this country and exactly how our communities are affected by these restrictions, the term “Jim Crow” does not sound so far-fetched. A set of laws were created to suppress a certain type of vote. That certain type of vote conveniently hits the Black demographic a little bit harder.

The irony of this whole situation is that it can become counterproductive very quickly. While these laws are clearly here to suppress the Democratic vote — which is predominantly made up of the Black vote in the state of Georgia— they will inevitably affect the Republican vote too. Black people may primarily vote Democrat, but it is a fact that some vote Republican. Their vote is now suppressed as well. On top of that, huge populations of white Republican voters in primarily Democratic counties like Atlanta, where 83% of the white population vote Republican, will now inevitably have their votes suppressed. The Republican vote sustains huge collateral damage in an effort to suppress the Democratic vote and perpetuate the oppression of the Black community.

There has to be an acknowledgment that these new, restrictive voter laws are going to negatively impact the Black community. To me, it does not matter whether this attack was intended for Democrats solely or Black America. All I can see is that my people are going to be hit by the effects of the laws the hardest. Our vote is going to be pushed down; our communities will be the most disadvantaged. We have had to work and fight for so long in order for our voices and votes to be heard, and this is just another example of the unbalanced power dynamics in our country flushing our efforts down the drain.

The privileged and the powerful can shut down the Black contribution to this democracy with a snap of a finger whenever they want to. Society has been so late in addressing this system of oppression. Now is time for America to acknowledge that there is still so much work to be done. We are not even past voter suppression. Minority votes are still being compromised in favor of the vote of the privileged and the powerful. Our voices will only begin to be fully heard when the power dynamics are balanced and the system puts an end to the favoring game.