The vices and virtues of “Joker” 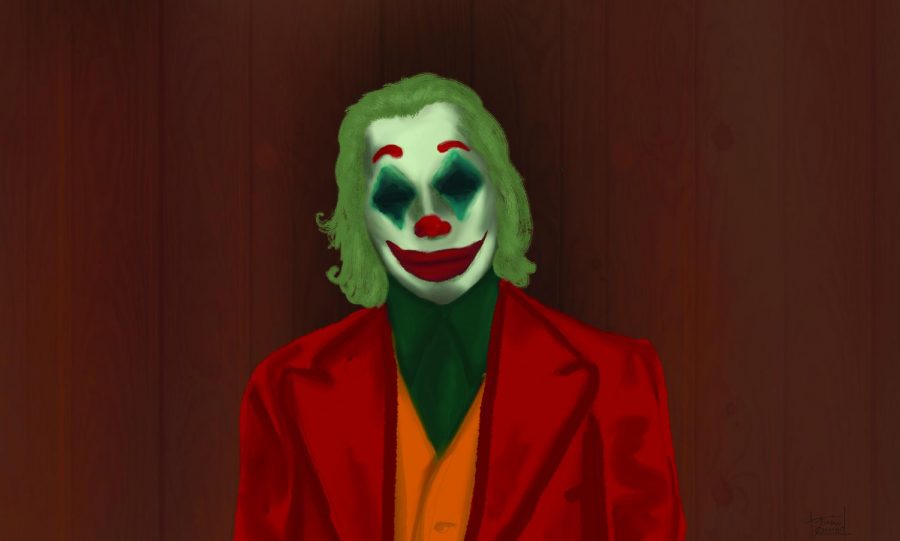 This past Sunday, three members of the Horizon Arts Section sat down to discuss Todd Phillips’ new and controversial film “Joker.” The following is a paraphrased summary of their conversation.

A note to the reader: there will be no major spoilers for the film in this article, but the authors highly recommend that the reader views the film before reading on.

Wesley Stenzel: Let’s start by just getting a general litmus test of how everyone felt about “Joker.” I love comic book movies, but I did not enjoy this one because of a few specific issues with plot and themes that hindered my overall appreciation of the movie.

Luke Spicer: I loved it. It’s definitely one of the greatest movies of the year for me.

Korbin Breeden: I liked it a lot, but I have a few reservations about it.

WS: What did you guys enjoy about this movie so much?

LS: I thought “Joker” did an excellent job thematically –– its message centered around a cry for help from those who needed a better system to accommodate and accept those who are plagued with mental disabilities. The villain that emerges within “Joker” is a product of a society that treats him and those who suffer in a similar manner like trash –– it’s a story about a man versus the antagonistic society around him, and that society defeats and breaks that man until he becomes an agent of the chaotic and vicious society, falling into a never-ending, self-perpetuating cycle of violence and hatred.

KB: I agree that the film had good and important commentary on the various social ills that exist today –– in particular, I think the film’s statement against classism (that is, the growing division between the rich and the poor) was well-argued and demonstrative of the real social strifes between the wealthy and the less fortunate. However, because the film focused so much on the mental disability that was a stimulus for the creation of the Joker, the movie itself seemingly villainizes an entire community of those who struggle with mental illness. The film, intentionally or unintentionally, suggests that those who suffer from a mental disability have a tendency towards violence, and thus unfairly generalizes a very large pool of people.

WS: Interesting. I thought that the film was too broadly spread out on the societal issues it tried to cover –– there’s mental health and classism, like you mentioned, but also gun violence, the media, and several more –– yet no real coherent message or stance on any of them. Also, as a political science major, the apolitical nature of the Joker himself in the face of the very political society that produced him really irked me, and the film seemed to push the tired “both sides are terrible” narrative that is incredibly problematic for discourse.

LS: But I think that an individual like the Joker would be too broken and twisted by the world to specifically name any one political group or issue that was the cause of their suffering. And I also really appreciated how the media is featured, both as an agent that constantly provides updates on the increasingly broken and corrupt nature of the world, and as a force that demonizes real human beings for the sake of self-betterment. Since so much of the Joker’s character in this film is influenced by experiences with the brutality and cruelty of the modern media landscape, the movie does a great job showing that much of the conflict within the film comes from violently opposed sides created by the media.

LS: Let’s switch gears and talk about the storyline. I loved the way that this movie progressed and developed the character of Arthur Fleck –– his arc is really the highlight of the film, going from a lonely nobody to the leader of a movement. Despite all the terrible things Arthur does, by the end, you really want to see what he does next, and you want him to survive so the story can continue.

KB: I’m with you on that, and the third act is so, so good. There’s several scenes in a row in the last twenty minutes that are going to be talked about for a long time, and the whole buildup really echoed Heath Ledger’s version of the character in an excellent way.

WS: I agree that the third act is pretty much perfect, but my main issue with this movie is the script as a whole. Throughout the film, there were so many moments where the filmmakers explicitly told the audience exactly what was happening, and I think a more thought-provoking and entertaining alternative would have been a stronger sense of ambiguity –– particularly involving the romantic subplot, Arthur’s childhood, the Waynes, and Arthur’s reliability as a narrator. To me, ambiguity is one of the defining characteristics that makes the Joker a great character, and that was almost entirely missing from this movie.

KB: We have to appreciate Joaquin Phoenix’s performance, though He totally embodied the Joker, especially at the end, while completely making the character his own. He deserves some acting nominations.

LS: He deserves to win the Oscar.

WS: I cannot argue with that –– he’s phenomenal. And technically, this movie is pretty much perfect –– I loved the cinematography and set design.

LS: I totally agree, and as a music major, I was blown away by the soundtrack. The string quartet score is perfectly composed and conducted, and the pop songs not only serve as ear candy, but also exist as narrative elements in their own right.

“Joker” is a film worthy of discussion, regardless of the individuals’ personal reflections on what the film might or might not say. It is a poignant piece of social commentary that may provoke feelings of anger, sadness, curiosity, or disgust, but it is a viewing experience that most are unlikely to ever forget.