After 50 years, the Beatles walk again 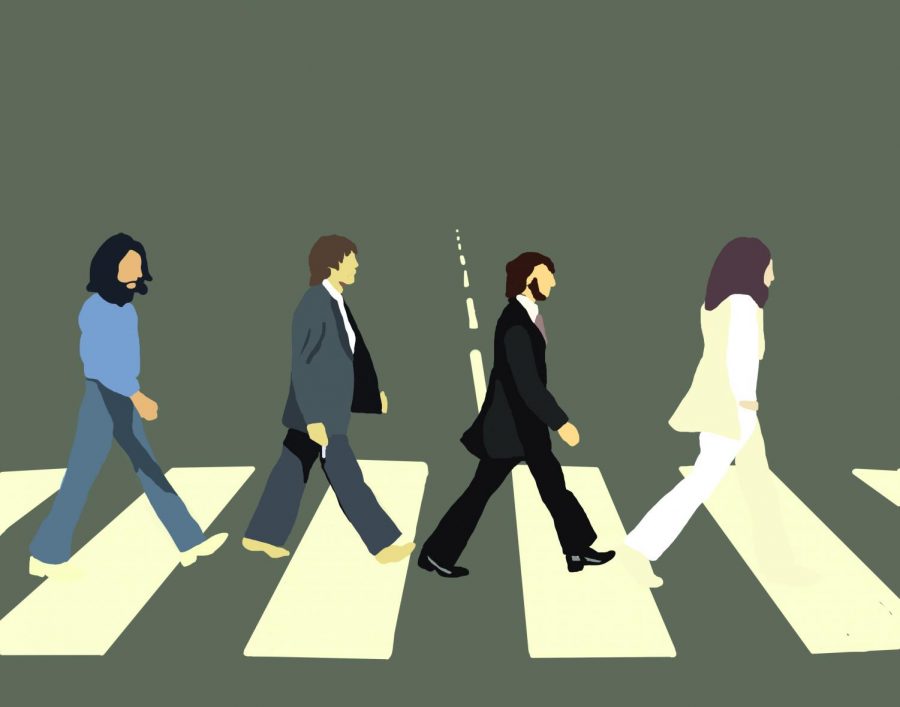 How can one improve upon perfection? This is the ultimate question that faced producer Giles Martin when he sought to remaster the Beatles’ “Abbey Road” for its 50th anniversary and to finish his series of 50th-anniversary remasters of Beatles’ albums (beginning in 2017 with “Sgt. Pepper’s Lonely Hearts Club Band” and 2018’s “The White Album”). Unlike “Abbey Road,” Martin’s two previous remasters were originally recorded and mixed with experimental recording technology, and thus were in dire need of a modern retouching to do justice to the musicianship of the Beatles. With the original 1969 release of “Abbey Road,” however, the recording techniques of stereo mastering employed heavily on the album had been relatively perfected.

Thus, Giles Martin was faced with such a seemingly impossible task of tampering with a masterpiece to reintroduce it to the modern music landscape. In a world where modern ‘remasters’ of classic albums (including 2011’s digital remaster of “Abbey Road”) are often nothing more than heavily compressed digital touch-ups that sound worse than the original, how could Martin do justice to one of the greatest musical works of all time?

Despite these gaping pitfalls, Martin has done just that: he has reproduced and improved upon the masterpiece that graced the music landscape 50 years ago, and remastered an album that can show the incredible musical abilities of the Beatles in a way that has never been able to be fully appreciated.

Giles Martin has taken a masterpiece and made it into a legend. Avid fans of the Beatles will be greatly relieved and delighted by this incredible remastering of John, Paul, George, and Ringo’s final album together (the sessions for 1970’s “Let It Be” were recorded before the “Abbey Road” sessions, which makes “Abbey Road” the true final Beatles record). It is the little details in this new mixing that make it such a breath of fresh air. For example, the replacement of instrument tracks within the stereo mixing creates more consistency within the album as a whole. The new panning effects on the drums and guitars in “Come Together” and “Sun King” give a new sense of groove and rhythm. Another highlight is the all-new stereo mixing for the orchestral accompaniments for many of the songs on the album, especially within what Beatles fans call “The Long One,” comprising the entire B-side of the album. With the new stereo effects applied, the horns that ring out during the final three songs, “Golden Slumbers,” “Carry that Weight,” and “The End,” are finally given their proper chance to shine out loud and proud, triumphantly marking the grand finale of the seven years of Beatlemania. This new mixing is the definitive version of what many consider to be the greatest album of the 20th century (if not of all time).

The excellence of this new mixing should perhaps come as no surprise, given Giles Martin’s pedigree and the simple fact that the Beatles are in his blood. Giles’ father, George Martin, was the original producer of the entire Beatles discography and is considered by many to be the fabled ‘fifth’ Beatle, pushing the group to expand their musical horizons by constantly innovating recording techniques and instrumentation. It is always a fitting resolution that a son perfects the work of his father, and in this case, Giles Martin has done just that.

But how does “Abbey Road” itself hold up in 2019? After all, a remaster is only as good as the music it seeks to reintroduce.

“Abbey Road” is timeless. In many ways, it is the anthem of modern music. It is the perfect encapsulation of every aspect that made the Beatles the great band they were: the stunning rhythm and groove of “Come Together” and “Here Comes the Sun,” the romantic longings of “Oh! Darling” and “Something,” the raw and brooding darkness of “I Want You (She’s So Heavy)” wonderfully contrasting with the playful and catchy “Maxwell’s Silver Hammer” and “Octopus’ Garden,” the harmonious soundscapes of “Because” and “Sun King.” And the epic symphonic eight-track conclusion of the B-side: the quiet and hopeful piano melodies of “You Never Give Me Your Money” and “She Came In Through the Bathroom Window,” to the active and fast-moving “Mean Mr. Mustard” and “Polythene Pam,” and the triumphant culmination of the three-part “Golden Slumbers,” “Carry That Weight,” and “The End.” “Abbey Road” is the summation of the greatest team of songwriters in modern music all putting forth their greatest effort into what they all knew would be their last record together. No other band has been so influential, so memorable, and so beloved, and “Abbey Road” is the Beatles at their very best.