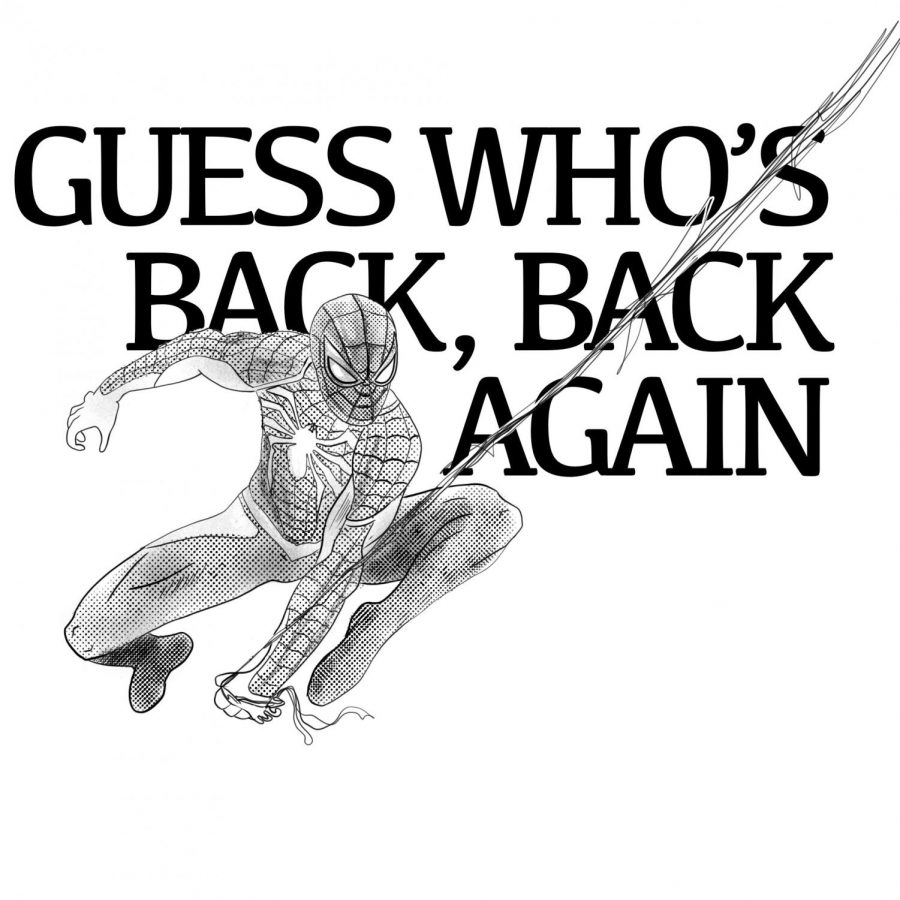 Spider-Man will return to theaters in July 2021.

Despite appearances in “Avengers: Endgame” and “Far From Home,” the biggest Spider-Man story of the year has been a peek behind the curtain of corporate compromise. Last month, the Hollywood Reporter set the Internet ablaze with the news of Sony pulling Spider-Man out of the larger Marvel Cinematic Universe. Then, this week, the same outlet reported that Sony and Disney had brokered a new deal to keep the character with the rest of Marvel’s pantheon of heroes. What happened? Why does Sony control Spider-Man if Disney owns Marvel? What does this mean for the future of the character?

The origins of the Disney-Sony conflict date back to the 1990s, when Marvel was an independent company struggling to sell comic books. To avoid bankruptcy, the company sold the film rights of its most popular characters to various movie studios, which is how Sony came to control Spider-Man.

Sony then proceeded to make five Spider-Man movies between 2002 and 2014 –– a trilogy directed by Sam Raimi and starring Tobey Maguire, and the two “Amazing” films with Andrew Garfield as Peter Parker. Meanwhile, Marvel began to produce its own movies like “Iron Man” and “Thor” under the leadership of superfan-turned-producer Kevin Feige, who first conceptualized the idea of a shared Marvel universe where characters can interact across franchises.

Flash forward to 2015. Disney has purchased Marvel Studios, whose 12 films have grossed $9 billion worldwide. After a new financial-low for the franchise with “The Amazing Spider-Man 2” in 2014, Sony is desperate to reinvigorate the character. The two studios decided to collaborate for an unprecedented deal –– Disney/Marvel would reboot Spider-Man to exist within the Marvel Cinematic Universe, and Sony will keep the profits from his solo films. The deal was seemingly beneficial to both parties: Sony got to cash-in on the popularity of Disney’s films and access their creative teams, while Disney got to use Spider-Man and his supporting cast in crossover movies like “Avengers: Infinity War.”

Fans were surprised and appalled at August’s news of the Disney-Sony deal coming to an end. Some speculated that Sony had become overconfident after the success of “Venom” and “Spider-Verse,” while the more likely reason for the fallout is that Disney suddenly demanded 50% of the profit. Sony’s official statement also said that Marvel’s Kevin Feige is simply “too busy” to add more Spider-Man films to his slate, which is entirely possible, given that Marvel has at least six movies and five television series releasing in the next three years (and Feige is also working on a new “Star Wars” project).

After a month of speculation, the Hollywood Reporter finally announced that Disney and Sony had agreed to a new deal, keeping Spider-Man in the Marvel Cinematic Universe for a little longer. A third collaborative solo movie starring Tom Holland will release in July 2021, and Jon Watts will return to direct, making him the first director to complete a trilogy in the Marvel Cinematic Universe. Marvel will get 25% of the profits for the film, and also maintain the ability to use Spider-Man in one final non-Spider-Man movie. Marvel’s Kevin Feige cryptically stated that the character will be “the only hero with the superpower to cross cinematic universes, so as Sony continues to develop their own Spidey-verse you never know what surprises the future might hold.”

What does this mean for the future of Spider-Man? Watts and Holland will get to close out their trilogy under Marvel’s supervision, but what happens next? Sony is currently producing a “Venom” sequel, a “Morbius” spin-off with Jared Leto, and numerous animated projects in the “Spider-Verse” series. It is highly likely that Tom Holland’s Peter Parker will eventually appear in one of these Sony spin-offs, especially given Feige’s comment. With reports that Marvel plans to write Spider-Man out of their cinematic universe, perhaps the character’s final MCU appearance will see him transported to a parallel universe where he can interact with Venom or Miles Morales –– a strong possibility now that upcoming Marvel projects are dealing with the multiverse and alternate realities (such as “Doctor Strange in the Multiverse of Madness” and “Loki”). Regardless of the studio in charge, fans can rest assured that Tom Holland’s Spider-Man is here to stay.