What messages are policy-makers really sending? 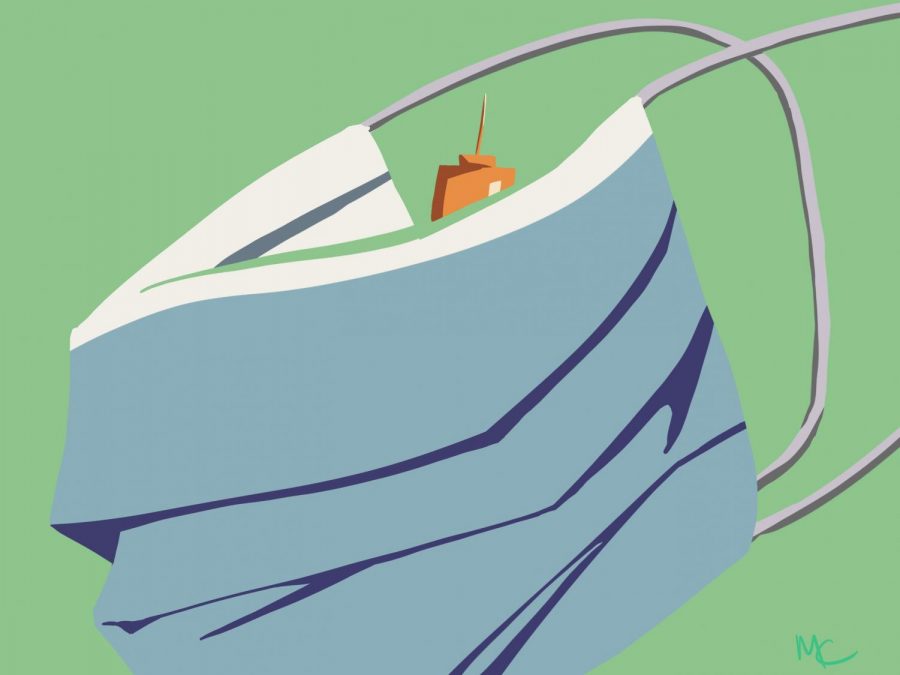 Points of contention that have yet to be definitively resolved.

On Sep. 9, the Biden administration executed an abrupt about-face on vaccine mandates, announcing that all federal workers and any businesses with over 100 employees must require their employees to be vaccinated, a policy that will affect two-thirds of the workforce.

I get it — the president has campaign promises to fill and approval ratings to boost. Unfortunately, if the government’s goal is to increase vaccination rates, then vaccine mandates are not the appropriate solution.

Before I begin, note that this argument applies to vaccine mandates at the federal level, though I contend the argument is a helpful frame for smaller mandates as well. Additionally, I have no interest in debating vaccine effectiveness or safety. Instead, I hope to illustrate that a blatantly paternalistic vaccine policy is counterproductive.

In this case, paternalism is defined as “the interference of a government or state with a person without their consent and defended or motivated by a claim that the person interfered with will be better off or protected from harm.” These policies are enacted when the government, in its infinite wisdom, perceives that citizens are engaging in faulty reasoning.

The scenario above is playing out right in front of our eyes. The federal government plans to interfere in the lives of nonconsenting individuals because said individuals have failed to understand that it is safer to get vaccinated.

There are a couple of problems with this reasoning, the first being that it conceives of the unvaccinated population as a monolith of “anti-vaxxers” who have rejected the vaccine due to irrational reasoning. In reality, people who refuse all vaccines make up a very small percentage of unvaccinated individuals. This statistic was explicitly noted in the BBC, which reported, “The vast majority of vaccine-hesitant people do not have a political agenda and are not committed to an anti-scientific cause: they are simply undecided about their choice to take an injection.”

The real reasons people refuse vaccines vary greatly. Some require more information in order to feel safe. Others, according to a recent Oxford study, are hindered by a fear of needles. Still others experience infrastructural barriers to accessing vaccines, like a lack of transportation. Each unique obstacle requires a different solution, but they all have one thing in common — none are solved by a mandate.

Now, for the sake of argument, let’s assume that all the unvaccinated were true “anti-vaxxers,” and could, in theory, be coerced by a mandate. The problem here is that people, Americans in particular, cause lots of problems when they are told what to do.

This psychological phenomenon is called reactance. It happens when people perceive a threat to their freedoms — or any time someone tells them what to do. The symptoms of reactance are anger, hostility and aggression aimed toward the perceived threat.

America, in particular, glorifies instances of reactance as a matter of principle — the pandemic was no different. This tendency was exemplified in a recent Canadian Institutes of Health Research study of 2,078 Americans and Canadians, when scientists found that reactance to mask mandates increased other anti-mask attitudes, including the belief that the threats of COVID-19 have been exaggerated.

Mandating vaccines does not remove obstacles to vaccination and instead causes explosive reactance in Americans who feel their freedoms are being threatened — if the goal is to get as many people vaccinated as possible, a vaccine mandate will make this harder to achieve.

The second problem with the reasoning behind paternalistic vaccination policies is that they suggest all citizens should prioritize values the same way — that safety should always be prioritized above freedom. In this case, the Biden administration has assumed that citizens should value their safety from COVID-19 above their freedom to choose what substances to put in their body. But many people have found that the government’s proposed value hierarchy does not match their own.

The government may look at these different hierarchies and think they are bizarre, unnatural, even insane. But America was founded on the principle that the government cannot provide life, liberty and the pursuit of happiness to the population as well as an individual can on a personal level. To suggest, then, that the government knows what is best for its citizens, even if the citizens disagree, flouts the fundamental principles of America’s founding.

At this juncture, some will argue that the government has a duty to step in when public health is at stake, and that they have done so in the past. However, if we concede that people who feel endangered by COVID-19 have been vaccinated, and that an increasing number of the unvaccinated have voluntarily chosen to assume the risk, then the vaccine has already protected the population that requests protection. The only additional security the government can provide would be to force it upon those who do not want to be protected.*

Instead of enacting a paternalistic vaccine mandate, the federal government should take a two-pronged approach to increasing vaccinations. First, it should double down on populations that may have trouble accessing the vaccine, due to obstacles like lack of transportation. Make sure that everyone who wants to get vaccinated can do so by removing infrastructural barriers.

Second, the Biden administration should focus on framing vaccinations as a freedom increase, not a freedom decrease. This shift can be as simple as shifting the rhetoric from “You must get a vaccine,” to “Getting a vaccine allows you to return to a normal life,” or “Getting a vaccine allows you to take off your mask.” The key here is consistency. In the past, vaccine information has started with freedom-focused messages before morphing to coercive messages, which only increases people’s suspicion of the government. Consistent, freedom-focused information appeals to those who dislike or distrust mandates.

Whether or not Biden’s “patience is wearing thin” has very little to do with the flawed rationale behind mandating the COVID-19 vaccine. If the government truly wants to see Americans inoculated, they will ditch paternalism in favor of taking a targeted approach to specific unvaccinated populations.

*If you have more questions about the specific risks that the unvaccinated pose to the vaccinated, which is little to none, this article from MIT Medical is a helpful resource.