You are political, whether you know it or not

We cannot afford to remain oblivious. 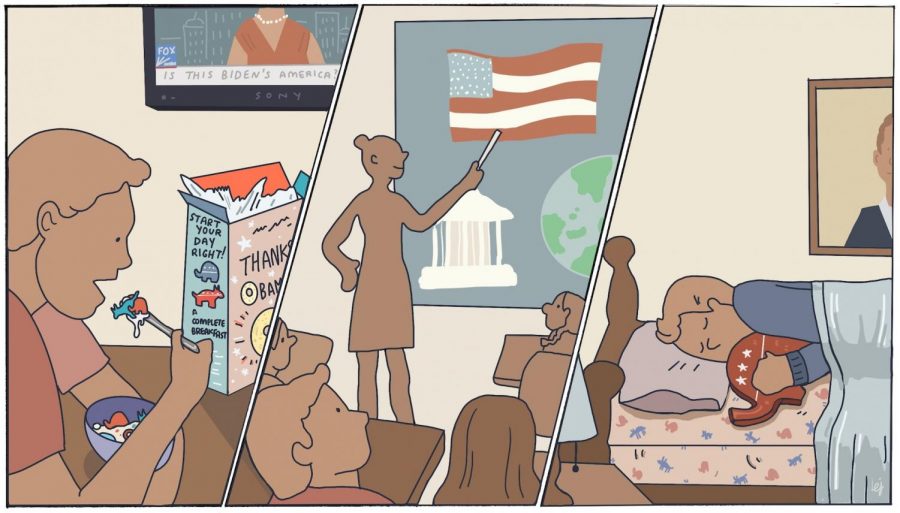 The constantly changing world of politics

Anybody else feeling overwhelmed and exhausted by politics? I had to double-check that four additional years didn’t somehow sneak into the maelstrom of events during the Trump administration. If you are a student reading this right now, according to the Center for Information & Research on Civic Learning and Engagement there is a 50/50 shot you didn’t vote in the 2020 election. Granted, this is a 17% improvement from previous years, and we are specifically discussing those who are age-eligible to vote and don’t choose to. But when half of a population isn’t involved in the political process, it makes you pause.

Considering the unfathomable amount of information and deliberate misinformation swirling about the airwaves, it is a challenge to get unbiased, fact-based reporting. Then there is the issue that your vote makes seemingly little difference in the grand scheme of things. So I certainly sympathize with those who want to tune out, adopt the title “apolitical,” and just carry on with their lives.

However, I don’t know if we can reasonably take this option anymore. A couple of decades ago that could have been a viable option, but we are living in a time where politics is intertwined with pretty much everything.

Are you looking to join the workforce? Every election cycle brings a circus of tax changes, subsidies, and regulations, weaving the fate of entire economic sectors in the meantime.

Do you want to retire someday? Inflation caused by reckless spending, unprecedented bailouts for big businesses, and dangerously underfunded Social Security all impact your future.

As easy as it is to view politics as this nebulous, separate world you can ignore, the reality is that you are part of the political world: ignoring it doesn’t make you less involved, it only leaves you blind to what is coming next.

Bear in mind, it is not my objective to convince you to pick a political team and start hashing it out with those who disagree with you. We are living through a roaring inferno of cultural divide that doesn’t need any more fuel.

Enough people tie their identities to their political views, and far too many are too busy screaming into a proverbial hurricane, unable to hear and unwilling to listen. I would highly encourage you, however, to stay abreast of what is going on in your world, even when it is unpleasant. Being informed sometimes means tuning into that news source — you know the one — just to get the whole picture, or listening to someone you would normally write off, or tuning in to city council meetings.

It doesn’t have to consume your every waking moment, nor should it, but the policies and decisions made today will impact your life, be it now or later on. Media outlets and political bodies exist that bank entirely on the notion that people won’t do a two-minute search on their reporting or their policies, or that an individual cannot make a difference in the matter. A populace divided and unaware is easy to control, and easier to take advantage of. I challenge you to break the norm and prove them wrong.