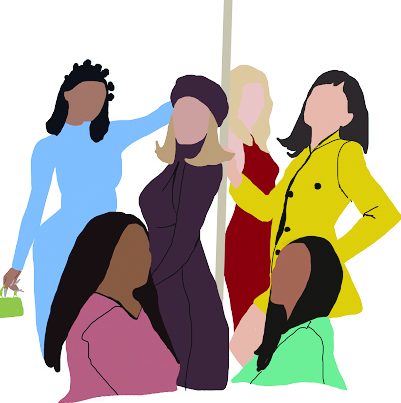 On Sept. 13, the movie “Hustlers” hit theaters all throughout the country. “Hustlers” received a lot of spotlight before hitting the big screens because of leading roles, which feature high-profile actresses such as Jennifer Lopez, Julia Stiles, Lili Reinhart, Keke Palmer, and Constance Wu. Additionally, the film serves as the big-screen debut for musicians Cardi B and Lizzo, whose fans will appreciate scenes where these artists’ personalities come to life through the characters they play.

At first glance, “Hustlers” may be misinterpreted as a provocative film, glorifying the sexualization of women and the act of stripping. However, the film incorporates many different social issues and reveals underlying themes. One social issue present is the inequality of women in the entertainment industry. The entertainment realm frequently discusses gender inequality with regards to the gender pay gap, awards, and diversity of roles. On the other hand, “Hustlers” is a women-led film, in which the writer and director Lorene Scafaria and the leading cast are all women. The film highlights a group of women grabbing a hold of money in an industry where cash is dependent on men. After the stock market crash in 2008, there was a huge decrease in sexual exploits and night-time activities, leaving women who work in night clubs finding money somewhere else.

Scafaria created “Hustlers” due to her fascination with the article “The Hustlers at Score” by Jessica Pressler. Scafaria turned the story of the friendship of two real-life hustlers, Roselyn Keo and Samantha Foxx, into a Hollywood film, changing the leads’ names to Destiny and Ramona. The storyline of the film mirrors the article accurately and captures its authenticity, leaving the audience empathetic to its characters. Despite Destiny and Ramona’s questionable choices, the audience can’t help but acknowledge their rationale.

The movie expertly captures the ugliness and honesty of business in the nightclub industry. Women are working and exploiting their bodies in night clubs to make ends meet. Workers, including strippers, can often earn a couple thousand dollars in a single night. With that said, what happens when those night club workers are not able to earn the money they need for sustainable lifestyles? They look for other avenues to obtain money.

Money is a powerful element that works as a catalyst to motivate people to take risks and sometimes even commit crimes. In pop culture, many people strive to be wealthy and have the better possessions in life because it looks glamorous and fun, but does someone’s lust for the finer things compromise their morality?

Destiny and Ramona, as well as the real-life women that they are based upon, make the choice to find their own ‘hustle’ when times became rough financially. Their quest for money propel them to act in illegal activity such as using drugs, stealing, and stripping. The actions of Destiny and Ramona leave the audience to question how far one might go to obtain money, or why people do the things they do to have money.

The film does an overall great job of portraying Jessica Pressler’s article, and leaves the audience evaluating their life, friendships, and choices while exiting the theater.