Getting a “kick” out of Fantasy Football 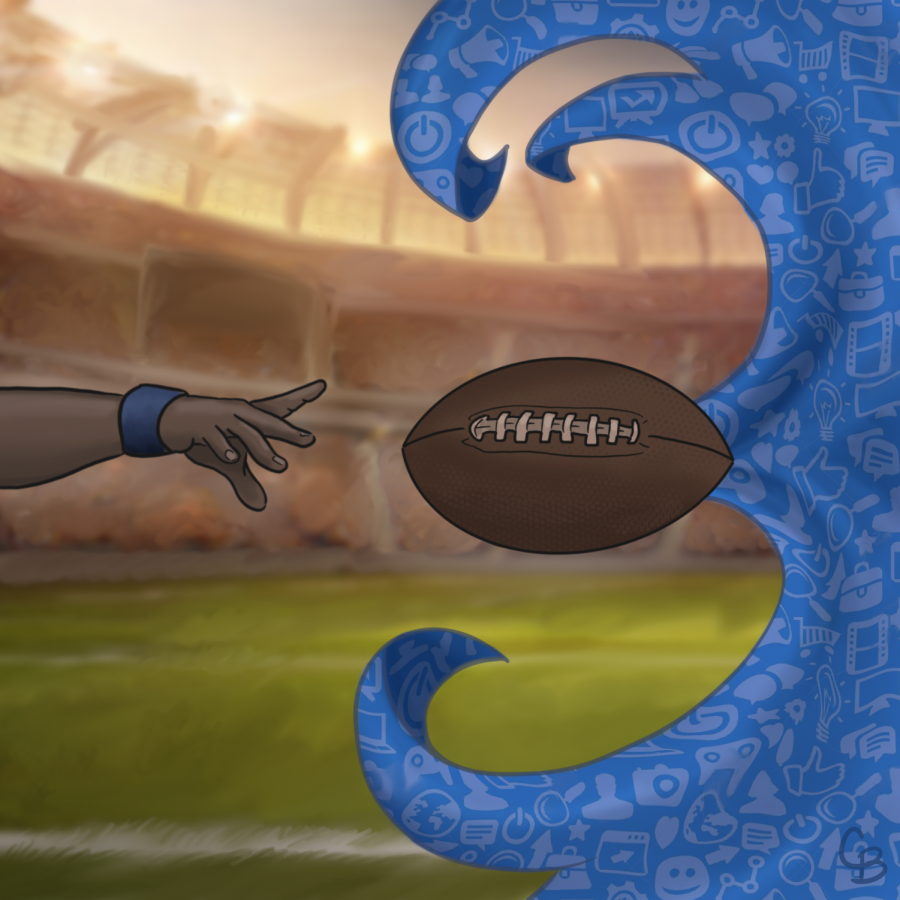 Who cares about fantasy football? Why would the general population even bat an eye at run-of-the-mill, standard statistics? Let me tell you why.

Overhearing many of the conversations on campus, one notices absolute die-hard athletes and non-athletes coming together to form a world of, well, fantasy. First-year Will Tasista touched on the reasons he is so attuned to fantasy football by stating, “I enjoy fantasy football because it gives me a reason to stay tuned in to all of the games, and almost every game has something on the line for me, whether I’m hoping one of my players does great, or one of my opponents does not.”

Such a topic might bore those who find no importance in an inflated rubber ball but, for some, it has become a lifestyle. Fantasy football could be misunderstood as idolatry with the way the rush of adrenaline kicks in as you check your points, those heavy sighs as you see your star player fumble the ball, or the regrets of that trade you wish you never said “yes” to. With this game of 50% luck and 50% skill, anything could happen.

As we approach week four of fantasy football, teams are slowly solidifying, “owners” are becoming more confident in their players, and excitement continues to rise. A kickoff of injuries comes to curb this enthusiasm, however, reminding crowds to never get too comfortable.

While Panthers running back (RB) Christian McCaffrey, considered the best RB in the league, is out with a hamstring injury, the fantasy teams struggle to put in a new starting RB. The popular replacement for McCaffrey is Chuba Hubbard, another Panthers RB. Tasista was one of the fans who replaced McCaffrey.

Put simply, the nail-biting moments of watching a team fail or succeed are always going to exist. The top failures of week three, players who were chosen for their certain set of skills only to buckle, are the ones who cause the most grief for team managers.

The biggest letdowns of all are anyone from the Houston Texans, seeing as their whole program is falling apart due to absent coaches and overall chaos, the exception being wide receiver Brandin Cooks.

Now, since technology makes everything snappy and neat, anyone can look up a player or team stats to see exactly how they are doing in their league. Some may pray into the wee hours of the morning for their team to do well, taking “ask, and it shall be given to you” (Matthew 7:7) a little too seriously. Or people take it on as a little side hobby where it becomes normal to yell at your screen with all of your friends, enjoying a potluck while watching the game.

Whether your team does well or not, the gut-wrenching milliseconds before a result is worth all the more than any rewards or consequences.