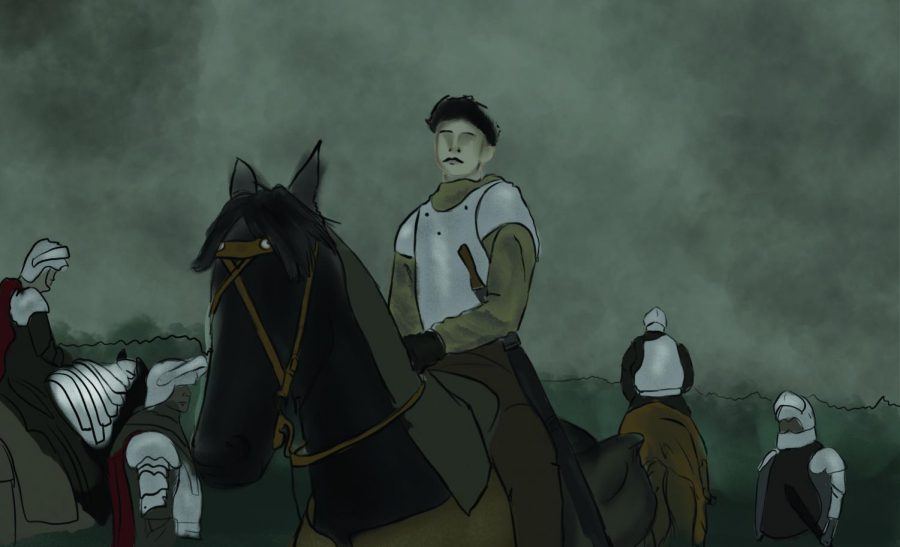 “The King” stars Timothee Chalamet as King Henry V and is one of Netflix’s many Oscar contenders premiering this fall, along with Martin Scorsese’s “The Irishman” and Noah Baumbach’s “Marriage Story” coming later this month.

Timothee Chalamet’s Henry, Prince of Wales, laughs as he drinks rum and watches his friends dance. He tries to forget the world that lies down the street, in the castle of his father, Ben Mendelsohn’s cruel King Henry IV. It’s a world of betrayal, strife, pain, and most of all, sacrifice. He takes another drink and laughs away the thought of it. But then, a messenger brings news of his father’s illness. Fate — and the throne — are calling.

“The King,” directed by David Michod, is inspired by William Shakespeare’s collection of plays about King Henry and his successors. Despite being a time period visited often in fiction, Michod and his crew imbue 15th-century England with a new vibrancy. Fiona Crombie’s set designs for moody castles and filthy taverns support the sense of realism the actors lend to “The King” — and Michod has indeed assembled a cast for the (middle) ages. First nicknamed “Hal,” and bitterly irreverent, Chalamet lets his character gradually develop the maturity befitting the title of king. Over time, Chalamet displays a mixture of confidence in his morals and an uneasiness in his new role as king that makes his performance fascinating to watch. He knows what he believes is right, but the question is whether the rest of the world will believe him, too.

Standing by Hal’s side is his faithful friend, Joel Edgerton’s Sir John. Large, friendly, and wary of war, Edgerton’s John exudes warmth and heart to balance out Chalamet’s brooding intensity. The duo navigate action scenes as deftly as they do scenes of debate. Battles in “The King” are loud and intense, yet intimate. One can feel Hal’s rush of adrenaline and John’s nervous strength as they battle hordes of knights in the name of England.

Battles don’t end on the battlefield, however. On one side, Hal is surrounded by a council of commanders and chief priests with their own political and religious stakes in the game.

On the other, they must deal with France, which sees the new king as nothing but a child. The Dauphin, played by Robert Pattinson, gives the film a jolt of energy as it crosses the halfway mark. Comically animated, Pattinson almost plays more of a jester than a dauphin, but his menace creeps through.

“Speak English,” the Dauphin tells Hal during a negotiation. “I enjoy to speak English.” He studies him, sneering. “It is simple … and ugly.”

“The King” creates a world where everything is questionable and nothing is without a price. Can Hal go to war without losing more lives than he cares to count? Can the counsel of good men, like Sir John, be valued more highly than that of his master strategists? Michod breaks these questions down in the midst of actors that amaze, action that astounds, and a story that savors a young man’s inner struggles between how to be caring, compassionate, and cutthroat all at once. Such is the duty of a king, and this one’s journey is one well worth the watch.