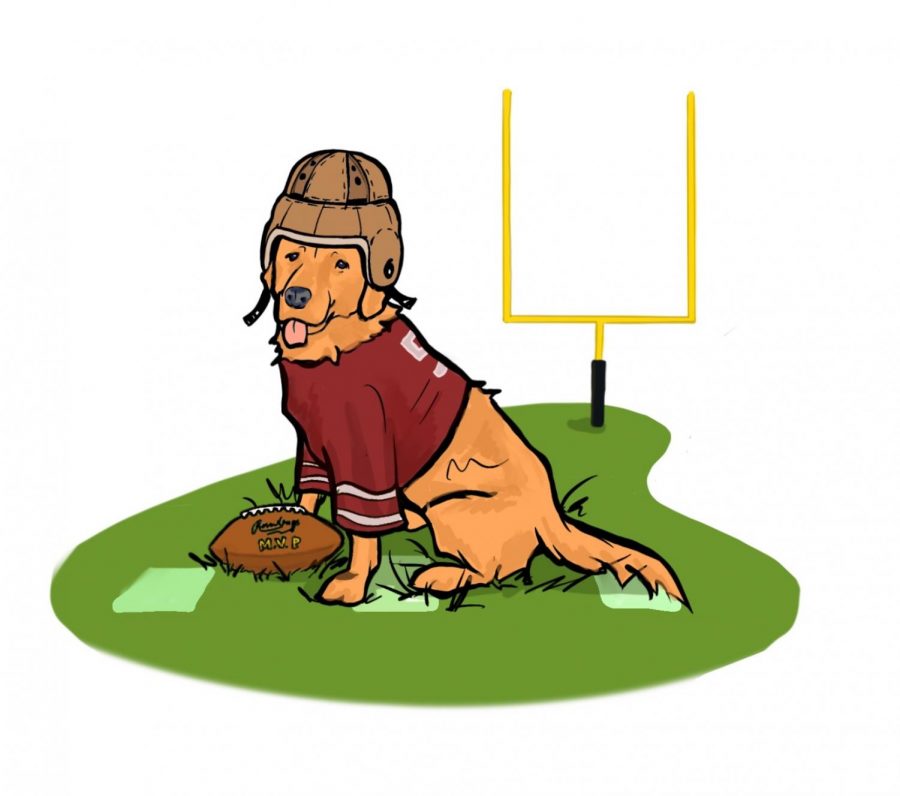 After much anticipation, a new era at Westmont College is about to begin. Westmont’s brand-new football team will kick off its inaugural season next Sunday at home against the Arizona Christian Firestorms. Led by Coach Benjamin Bills, whose $250,000 contract is second only to President Beebe’s, and freshman running back Johnny Fumblesmore, Westmont’s football team proudly claims the title of the best — and first — NAIA football team in all of California.

Fortunately for Coach Bills and his young squad, the path to local success is easy. Of the 96 NAIA programs with football teams, only four are within 1,000 miles of the West Coast. As a matter of fact, next week’s game against ACU is being dubbed the “West Regional Championship.” Bills told reporters, “When President Beebe hired me, he said Westmont Football had one goal: to win, to do something UCSB couldn’t. I’m extremely proud to have the opportunity to do just that in my very first week on the job.”

During an interview with our writers early last week, Bills and Beebe announced “a few small tweaks to campus culture.” First, in order to attract top-level recruits, Bills and Beebe revealed plans for a new $500-million field.

To offset the field cost, all other athletic programs will be cut and student tuition will rise to $100k per semester. The changes are set to go into effect next week.

Students are also encouraged to participate in the school-wide fundraising program “Popcorn for Punts,” which offers students a chance to sell prepackaged snacks to relatives.

In other news, Jon Young from the housing department told our staff that the GLC will be reserved for starting players and Ocean View will house the backups starting next semester.

Furthermore, Murchison Gym will become the team’s weight room, Lovik Field will be their designated training grounds, and Russell Carr Field will be demolished and replaced by a new football-themed McConnell’s. A new ice cream flavor has been announced to be exclusive to this location, and free for our hard working football players.

Non-football players can use Clark Beach for all their recreational exercise activities.

Finally, and perhaps the most significant change, chapel is now canceled and scheduled to be replaced by mandatory attendance at Sunday home games and tailgates. The school’s no-drinking policy will remain in place, but Campus Pastor Scott Lisea assured us that he will run a “Missional Mocktail” stand as part of his office’s “Testament on Turf” initiative.

“I completely understand students’ hesitancy to skip church on Sunday, however, sports can be a form of worship, and through this initiative we’ve designed the entire football worshipping experience to appeal to a wide range of believers,” Lisea said.

Secular pump-up songs like “Thunderstruck” and “Jump Around” will be replaced by “You Say” and, especially for Sunday’s game against the Firestorm, “Holy Water.”

Cheerleaders are replaced by praise leaders specifically selected from the chapel band. They’ll lead the crowd in thrilling chants such as: “God loves WHO?” “God loves YOU!”

Finally, the halftime show will feature timely sermons based on the score of the game. Example: if the Warriors are trailing by 20 points, the message might be “Jesus the Miracle Worker” or “He who would be first must be last.”

While there’s no way of knowing how the Warriors will fare this season, one thing is certain: Westmont will never be the same again.