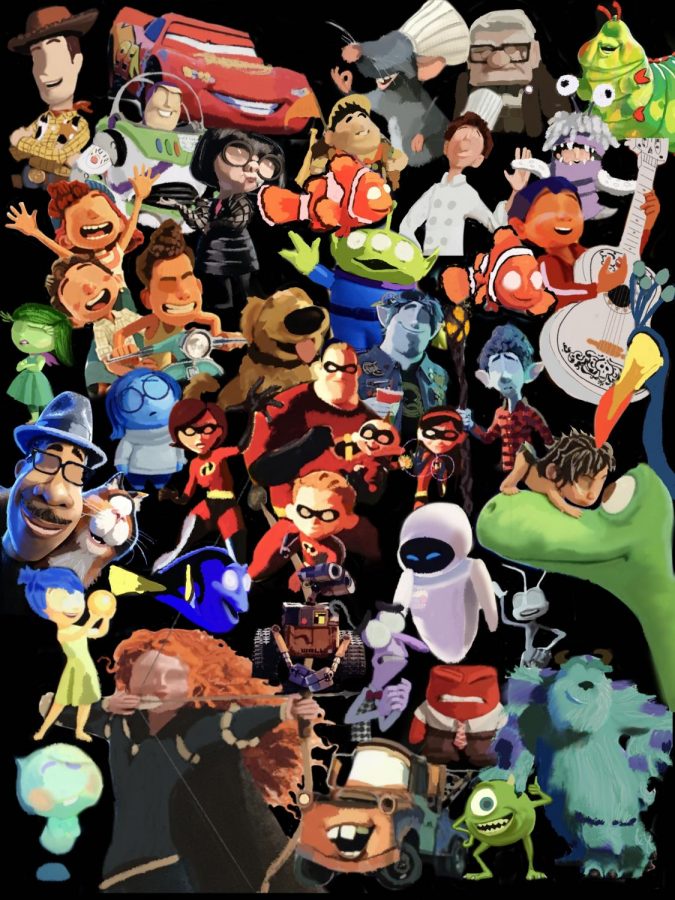 We're tired of the Spider-Verse. What viewers need is a Pixar "Endgame."

With his broken shield and battered spirits, Captain America stands alone before Thanos. Then, whoosh! The rest of the squad portals into the fight and every character Marvel has developed over the last 10 years prepares for the culmination of their journeys in an ultimate battle for the fate of the universe.

Here’s the only problem: it’s not enough. I need more team-ups. I need better team-ups. I need more complicated time travel. I need longer over-spanning journeys; 10 years is such a short time. I need a villain more dangerous, more complex, more determined than Thanos. None of this new-age Marvel phase or whatever we’re on is going to cut it anymore. Who cares about some teenage spider messing with the multiverse?

Enter, what could quite possibly be the single greatest team-up crossover extravaganza of the cinematic century: the Pixar Verse.

For those who don’t know, Pixar Verse theory details how every Pixar movie falls somewhere on the same timeline, starting with “Brave” and ending with “Monsters, Inc.”

According to Pixar Verse theory, “Brave” uses magic to transform mothers into bears. This magic provides the basis for the existence of super-human characters from Buzz Lightyear to the Incredibles to Remy and Chef Gusteau.

From there, the theory explains how a corporation overtakes the planet, pollutes it to bits and sends the rest of humanity off-world on the Axiom from “WALL-E” as sentient cars take over (in “Cars”) and die out before EVE discovers life 600 years later. Eventually, the radiation from pollution turns the remaining humans from the Axiom into the monsters of “Monsters, Inc.,” who use time travel to collect energy from humans who lived before humans left planet Earth.

Now that you understand the Pixar Verse — it’s not complicated at all! — what’s this about a team-up rivaling “Endgame”?

Imagine every hero from the Pixar Verse uniting to take down some threat to the sanctity of every film. A tormented Sid — that malicious punk from “Toy Story” — gets a visit from Sully and Mike. Sid flees through the closet door and into the monsters’ universe before booking it to the next door he finds. Unbeknownst to Sid, he has stumbled through the closet door of a young, fiery-haired, black-caped Syndrome …

Years later, Syndrome manages to unravel Sid’s means of time travel and sets out to end all magic and fulfill his dreams of being the only remaining superhero in existence.

With his army of omnidroids, Syndrome makes his way to the 14th century. He subjugates Mor’du and captures the crazy old witch. He reverse-engineers magic, sucking it from the world and channeling it into himself, magnifying his powers beyond comprehension.

As the lone Merida watches Syndrome wreak havoc, the wooden door to the witch’s hut swings open. Out steps Boo, who has aged 20 years. In rush the Incredibles, followed by Lightning McQueen, steered by a Remy-controlled Linguini. All the toys, including a redeemed Lotso, robots from the Axiom and even Mr. Fredrickson, who is helping Russell earn his interdimensional warfare badge, charge onto the screen in the most extraordinary showdown in cinematic history!

Or at least that’s how my saga might unfold. Somebody should probably drop Spielberg a line. The possibilities are endless …