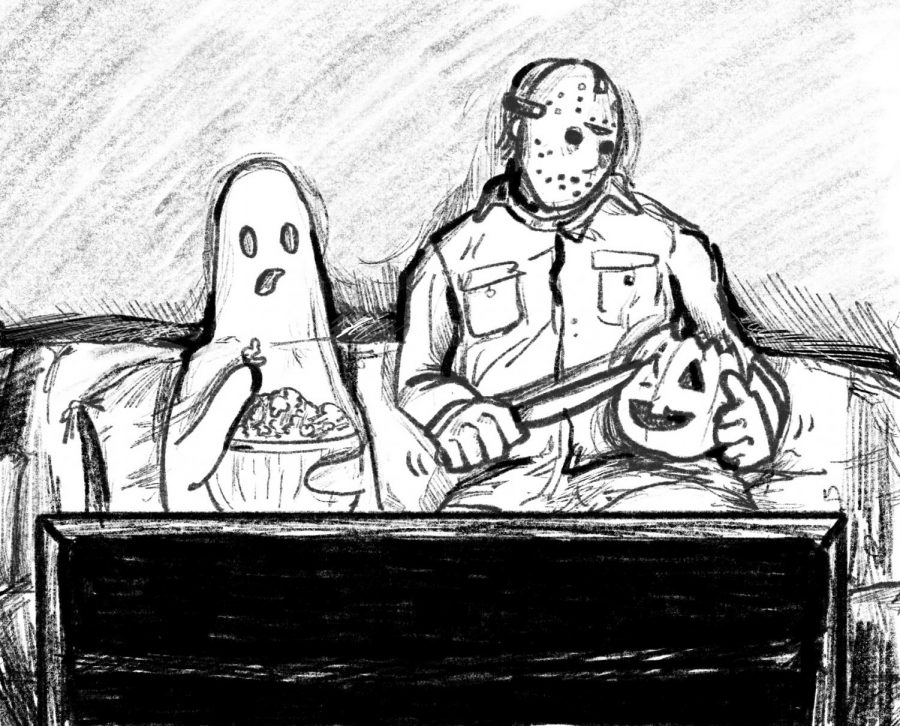 In preparation for this Halloween, instead of rewatching “Ghostbusters” for the fifth time, watch a unique, seasonal thriller hand-selected by Westmont film professor Sean Pratt! The list includes films of varying levels of violence and intensity, so view with discretion.

Pratt called this horror-comedy “a hilarious mockumentary about the lives of several vampires in New Zealand.” Directed by Taika Waititi and Jemaine Clement, “What We Do in The Shadows” is a lighter horror film filled with dark humor. It also scores a 96% on Rotten Tomatoes. You can find the film on Amazon Prime Video for $3.99 or watch the television series adaptation on Hulu.

Pratt described this Drew Goddard film as “a fun satire on all the cliché horror movie tropes” that still sits on the scarier side of the spectrum. Similar to “The Breakfast Club,” the parody depicts archetypal horror film characters. The film explores the self-described horror archetypes of “the whore, the virgin, the athlete, the scholar, and the fool.” View “Cabin in the Woods” on Amazon Prime Video for $3.99.

This haunting Australian film is “a great metaphoric story about dealing with grief,” according to Pratt. Directed by Jennifer Kent, this chilling alternative Halloween movie begins when the monster from a peculiar children’s picture book comes to life and terrorizes a mother and her child. View “The Babadook” for $2.99 on Amazon Prime Video.

If you haven’t seen “Get Out” yet, now is the time. Brilliant writer and director Jordan Peele incorporates plot twists and poignant social issues into the thriller. As Pratt put it, “‘Get Out’ is dense with symbolism and commentary on racism.” This Academy Award-winning horror film is available for $3.99 on Amazon Prime Video.

Directed by John Carpenter, “The Thing” is an essential ‘80s horror film. According to Pratt, “‘The Thing’ is a classic monster movie dealing with isolationism and paranoia.” Based on John W. Campbell Jr.’s 1938 novel “Who Goes There?,” the film follows research scientists in Antarctica that get attacked by a dog who doubles as an alien. While “The Thing” was remade in 2011, Pratt recommended the original, which you can rent for $3.99 on Amazon Prime Video.

Pratt described how Robert Egger’s horror film weaves “themes of sexism and religious hysteria” into a story about a Puritan family in the 1600s who gets exiled from their hometown and moves to the New England wilderness, where witchcraft and black magic abound. For fans of “The Queen’s Gambit,” “The Witch” features Anya Taylor Joy as the teenage daughter, Thomasin. View “The Witch” on Amazon Prime Video for $2.99.

Director Galder Gaztelu–Urrutia takes a new spin on horror in “The Platform,” tackling “topics of class systems and capitalism through a creative setting,” Pratt said. The film’s “creative setting” is a vertical prison where the prisoners’ only food source is a platform that moves vertically down the prison –– itself a commentary on capitalism’s flaws.  Available on Netflix, this thriller will get you thinking about classism and the nature of human selfishness.

A definitive Hitchcock film, “Rear Window” adds a new lens to psychological thrillers: the complex perspective of a physically handicapped man who spends his days watching his neighbors. In his spying, he suspects that he witness a murder, so he takes it upon himself to play the detective. The film touches on “community and voyeurism,” Pratt explained. It is available to view for free on archive.org.

Whether contemporary or classic, Halloween and horror films hold a special place in both the film industry and Pratt’s heart. “What I love most about the genre is that it is a great metaphoric vehicle,” Pratt said. “Yes, the surface narrative journey can be fun and scary, but below the surface, the themes and messages can address important social issues.”