Vegetarianism! It’s for everyone

And it's far from impossible. 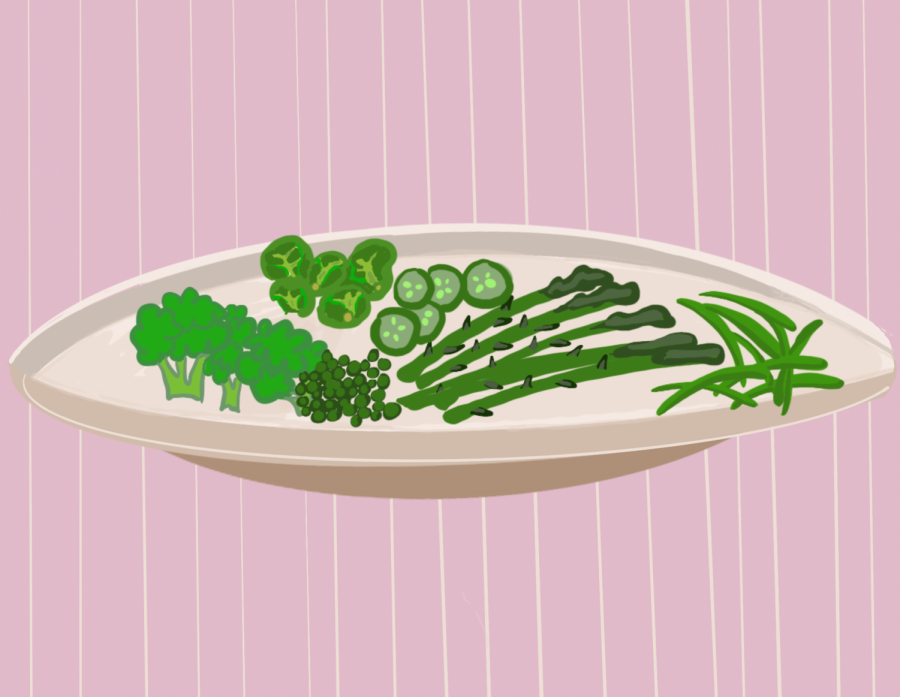 No matter who we are or where we’re from, we’ve likely heard an argument for going vegetarian at some point in our lives. Regardless of where you stand on a variety of issues, vegetarianism offers a slew of benefits, not just for yourself, but for the planet as well.

For starters, let’s talk about the ethical reasoning for switching over. Since ancient times, philosophers have argued against the dominant practices of eating meat. Thinkers such as Pythagoras and Plato practiced a fleshless diet — the former due to beliefs of kinship between all animals as the reason for showing human kindness towards other animals, the latter more on the basis of cosmic harmony, or universal goodwill, among all things.

Another common argument is that the animals we do eat are generally just as intelligent and worthy as those we don’t. In America, we would never dream of eating cats or dogs, but don’t bat an eye as we consume pigs, cows or chickens.

Still not convinced? Perhaps you might consider switching for your health. Becoming a vegetarian can often make you a much more conscious eater. While it is still quite possible to be an unhealthy vegetarian, the added layer of thought that goes into meal prepping can help you eat a more healthy and balanced diet. Being a full vegetarian, as opposed to a pescatarian, avoids toxins found in fish, such as methylmercury.

“But what about my Omega-3s?” a health-conscious soul might ask. Don’t fear! Walnuts, flax seeds, chia seeds and olive oil are all quality substitutes for fish in that regard.

Some studies show that vegetarians live longer, but this could just be due to the fact that overall, they are more health conscious, as mentioned earlier. A slight caveat with this one though: two-thirds of vegetarians are B12-deficient, so make sure you communicate well with doctors and take the necessary supplements to ensure that you are functioning well.

“But what about protein?” All my heavy lifters out there, listen up. There are a plethora of plant-based protein options: beans, chickpeas, tofu, peas, lentils, brown rice, nuts such as almonds, peanuts, walnuts, and seeds of the chia, pumpkin, flax and hemp variety. The list goes on and on.

Still hesitant? Well, our planet is quite cool. What better way to show how much you care than by adjusting the way you eat? A UN report in 2006 stated that livestock generate just as much greenhouse gas emissions as all the cars and trucks in the world combined.

Furthermore, land used to cultivate food to feed said livestock would be much better implemented in growing food for humans. While I am no expert in this field, over 40% of grain cultivated globally — 70% in richer countries — goes to livestock. Hypothetically, if this land was used to grow food for people instead, 70% more food would be added to the world’s supply, and provide food for nearly four billion more people.

Unfortunately, eating fish is also quite horrid for our planet, specifically where our oceans are considered. The commercial fishing industry is incredibly wasteful, currently destroying our seas, and virtually no one is talking about it. Studies estimate that roughly 40% of all marine life caught is bycatch–thrown back overboard, likely already dead. In addition, nearly half of the entire Pacific Garbage Patch is fishing nets. Yikes.

Are you still somehow not completely enthralled with vegetarianism? Let’s take a look at the Bible. In her book, “Stewards of Eden,” our very own Dr. Richter takes a look at the domestic animals entrusted to Adam and the rest of humanity. In heartbreaking detail, she explores the ways in which confined animal feeding operations (CAFOs) or “factory farms” abuse and strip animals of their dignity. For example, most chickens are confined to an area of 67 sq. in., which is smaller than a regular sheet of paper, for the entirety of their lives. This is not how God intended us to care for His creation.

The plight of these pigs, chickens and cows is disgusting and unacceptable, but over half of all meat produced in the U.S. comes from factories of this fashion. Even if you don’t completely endorse being a vegetarian, we can likely agree that practices such as these must stop. However, as long as we keep silent about these harmful industries that have commodified living creatures and taken jobs away from family farmers, we remain complicit and nothing will change.

While it would be super neat if the entirety of Westmont’s campus adopted a vegetarian — or perhaps even vegan — lifestyle, that is not very realistic. So here’s to baby steps! Once a week, try cutting meat out of your meals. Then step it up to two days. If you’re feeling ambitious, jump up to an every-other-day ordeal.

Don’t fall prey to apathy and the malicious myth that individuals don’t have any sway in the grand scheme of things. Ultimately, we do hold power and we can make change.