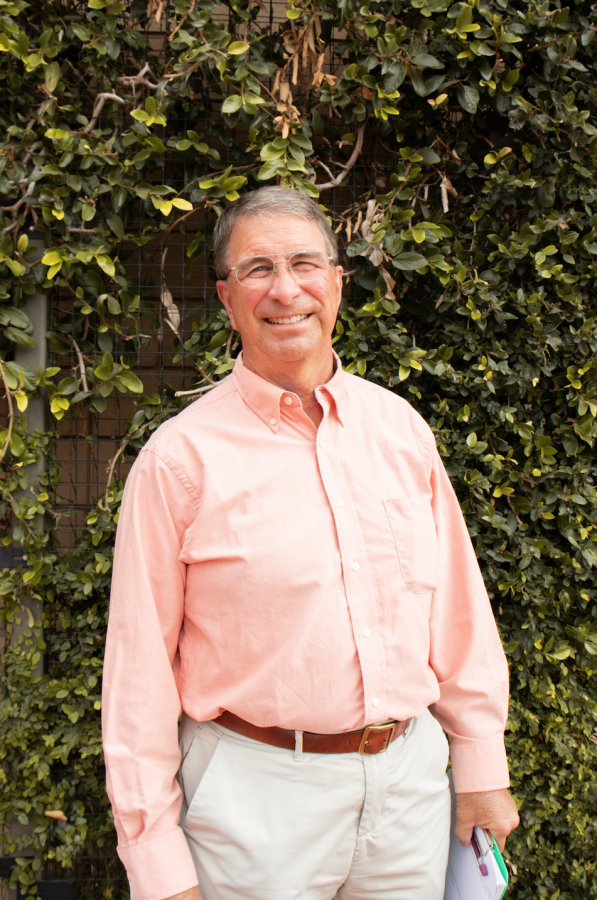 Kinesiology professor and cross country/track and field head coach Russell Smelley grew up on a 125-acre farm in Prince George County, Virginia in the late 1950s. Raised in a small town in the South, Smelley experienced the connectivity that comes with a small community consisting of his church, school, and life on the farm.

“Living on a farm and being insulated in family and church in a relatively small community made me feel safe and secure. I went to school with a cohort of friends from first grade to high school graduation. I was relatively naive about the world.”

During his elementary school years, the local church hosted annual track and field meets, which inspired his future running career. However, he did not run on a team until his junior year of high school. The coaching staff motivated him to think competitively and aim to participate in the state meet.

Not only did he compete at the state meet in the 800-meter finals, but Smelley also went on to the University of Richmond in Virginia to continue his running career. This began his venture into the sport of cross country.

Coach Smelley commented on the ways in which running has positively impacted his life, saying, “Cross country and track and field gave me the opportunity to prove myself as an athlete and as a leader. Because these sports put everyone on the line with an equal chance of personal success, I was tested heartily in body, mind, and soul.”

At the University of Richmond, Smelley earned not only his bachelor’s degree in English and physical education but also his master’s in education. Smelley’s college coach, Fred Hardy, had national ambitions for his team and drove his athletes to become their best. As a middle distance runner for Richmond, Smelley went on to earn seven school records as an NCAA All-American.

“I experienced failure and criticism along with success and accolades. I learned that the road to success always requires commitment, determination, and inspiration. It is good preparation for living a hearty life that can stand up to the vicissitudes of life we all encounter.”

Through mutual connections at Wheaton, Smelley found his way to Santa Barbara. Though he accepted the job at Westmont with the intention of only staying three years before going back to the University of Richmond, God had other plans.

Since making the move from Virginia to California, Smelley’s life has changed irrevocably. The opportunity to work for Westmont College 42 years ago not only allowed him to grow into a community surrounded by Christians but also led him to meet his wife, Allison.

“My life was changed irrevocably at Westmont because I had never experienced a Christian college and having colleagues who supported me and challenged me to grow. I met my wife at Westmont. We found the Free Methodist Church when we were dating and we have attended there since 1980. The people who surrounded me at Westmont and at church were God’s agents in helping me become more rooted in Christ.”

Coach Smelley has been such a key role in the growth of Westmont, cultivating hearts that point towards Christ. His love for the sport as well as the love for the people surrounding him have fostered a community full of fun-loving track athletes.