Classism has consequences, in “Squid Game” and at Westmont 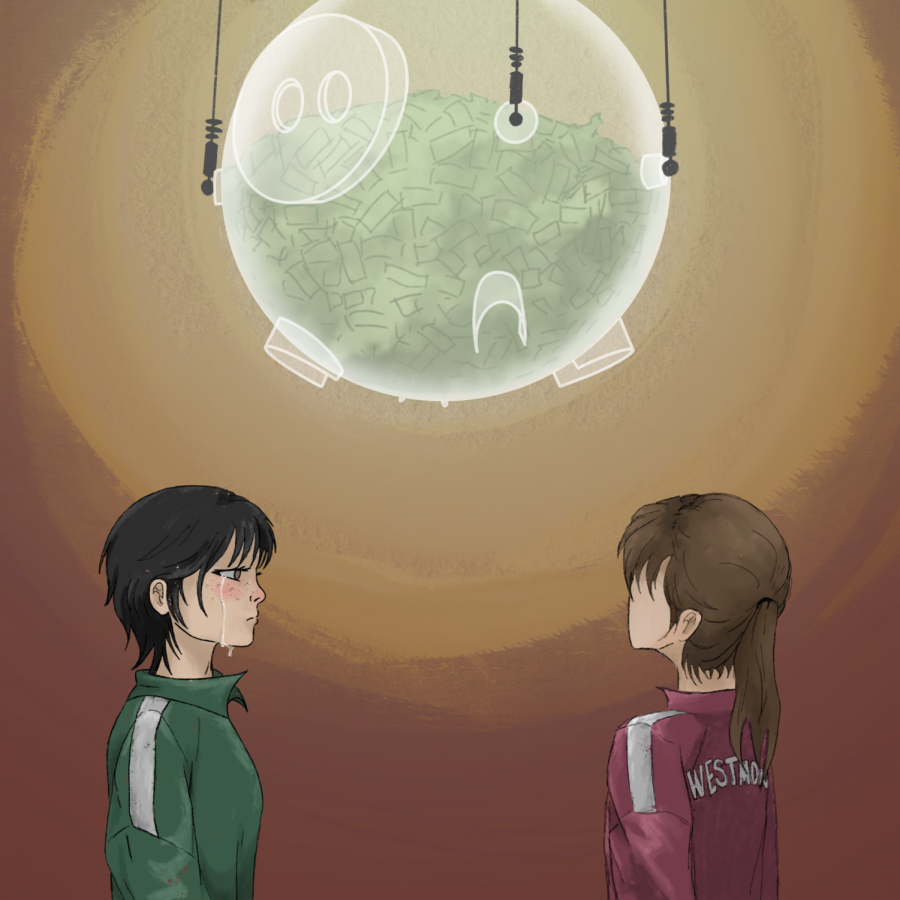 Netflix’s thrilling new Korean series “Squid Game” has captured the world’s attention. The series’ 10 episodes explore what happens when those at the bottom of Korea’s socioeconomic ladder compete in deadly children’s games to win the equivalent of $38 million dollars. Through action, violence and suspense, the show sparks conversations on classism and capitalism, drawing parallels to systems and institutions in the United States, and even at Westmont.

The wealth gap between the game players and administrators in “Squid Game” mirrors the realities of lower-class Korean citizens. Players lack economic mobility so they are forced to play harmful games for money. However, after players are released from the games, they realize that surviving in society is just as impossible. As character Oh II-Nam reiterates, “Life out here is more tormenting.”

Unlike other players in his neighborhood, Cho Sang-Woo graduated from a prestigious university. The instant honor and respect Sang-Woo receives from others epitomizes how, in a classist system, people are valued for their ability to earn money.

“Squid Games” depicts how capitalism causes this classist social hierarchy, which further oppresses the poor. America is no stranger to this phenomenon, and neither is Westmont: a private institution tucked in the affluent hills of Montecito.

“The New York Times” reported in 2017 that the median family income of a Westmont student is $136,000, and that 60% of students hail from the 20th percentile of American families. Yet even students who do come from wealthier, two-income households can struggle to afford Westmont tuition.

Even if a student can afford a Westmont education, they may not be able to afford the Westmont lifestyle. While scholarships and financial aid help cover tuition, they won’t cover the weekly iced lattes, dinners on State Street, concerts at The Bowl, or the Jeeps and BMWs their peers drive. All of these experiences are essential parts of Westmont culture, but accessing this culture is not possible for everyone. If a student lacks the funds, then feeling left out is inevitable.

In “Squid Game,” the red-suited administrators hold power and the key to success. At Westmont, the uniform of privilege looks more like Blundstones and Patagonias. While drastically different settings, both “Squid Game” and Westmont depict the consequences of classism for everyday people trying to better their lives.