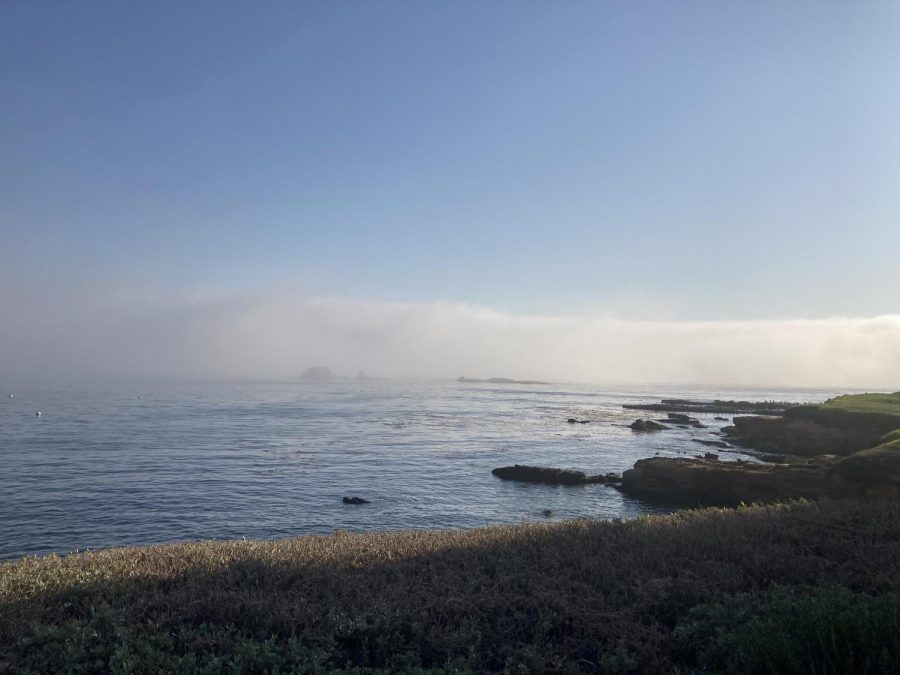 The view of Pebble Beach from where the Westmont orchestra performed

The Westmont orchestra debuted this season in Monterey Bay on Oct. 2-3 at Westmont’s President’s Weekend, which showcased Westmont talent to donors.

The orchestra performed Baroque pieces including “Autumn” and “Winter” by Vivaldi, modern original compositions by artist Steve Bell, and classic hymns like “Great is Thy Faithfulness.”

“The planning for this actually goes all the way back to January [2021],” Orchestra Director Dr. Michael Shasberger said. “In April and May we coordinated with Steve Bell to work out the details on what pieces to prepare and, of course, at the very end, [we were] making those final adjustments, from how we would get there, to meal arrangements to organizing the hotel.”

The preparation paid off. Their first night in Monterey, the musicians performed for donors at a hotel overlooking Pebble Beach before connecting with the donors over dessert afterward.

The following day, Westmont strings led worship at Saint John’s Lutheran Church of Arroyo Grande. Like the previous night’s donors, the congregation was very gracious, donating to the Westmont orchestra and inviting the musicians to partake in communion.

Violinist Isaiah Underwood said “getting to know the donors personally and playing hymns for church service was an incredible experience.”

The weekend was a success for the program, musicians and staff. When asked about his favorite part of the weekend, Dr. Shasberger responded, “The whole thing –– working together, traveling together, making great music together and seeing the response from people was really beautiful … we got to see music come alive.”

Don’t miss the Westmont orchestra’s next performance on Friday, Oct. 22, at the Music Academy of the West’s Hahn Hall at 7:00 p.m. Student admission is free, and general admission is $10.