Debate team comes back to life

The revived team offers a widened perspective to students. 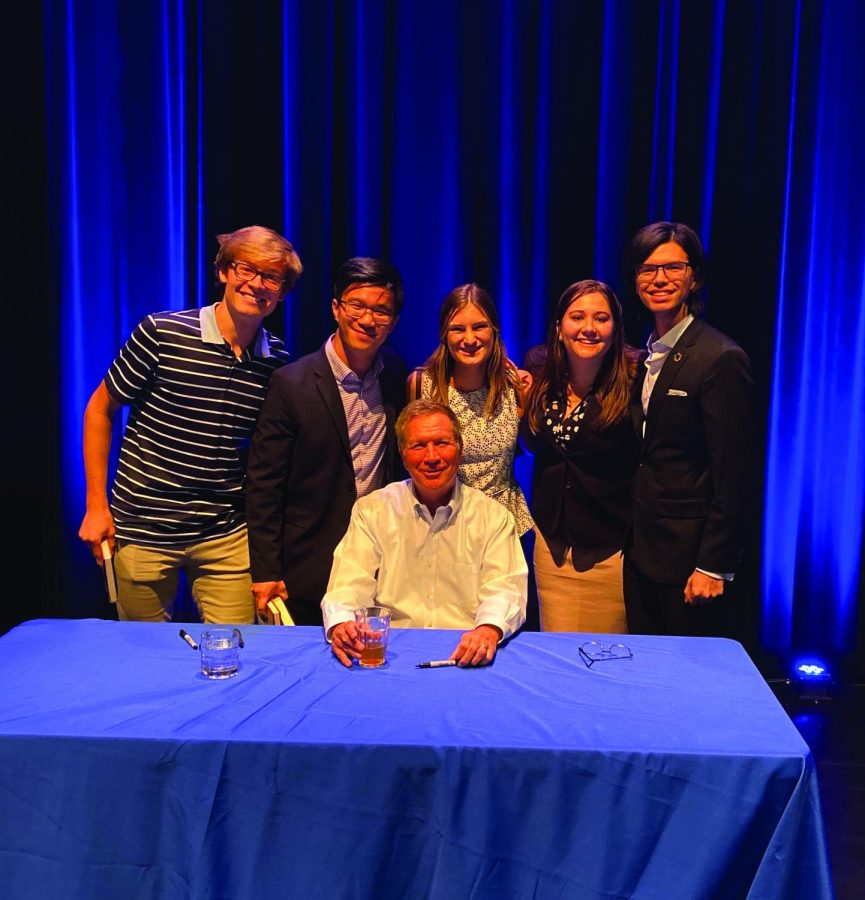 Westmont’s debate team hasn’t been around since Christopher Willard-Kyle, class of 2012, led the team. However, Willard-Kyle, a current philosophy PhD candidate at Rutgers University, still remembers how it shaped him.

“I thought debate was teaching me to be critical of arguments, and it was. But looking back, I think it was also teaching me how to charitably consider alternative perspectives.” Today, Westmont’s revived debate team hopes to inspire the same type of mindset in its members.

Started by second-years Hans Khoe and Emily Washburn, the duo hopes to provide spaces for informed discussion within the Westmont community while also attending tournaments on the side.

On campus, Khoe and Washburn have spent their meetings discussing strategies and current topics to encourage relevant conversation while looking at both sides of the issues. One topic concerned the following resolution: The United States should end its trade war with China. Members pointed to economic and moral arguments to defend their side.

Thorough discussion of topics like these lead students to understand more than just headlines. Ebun Kalejaiye is an intended political science/pre-law first-year who joined the debate team after competing on mock trial in high school. “It has made me see both sides of the argument using facts but also the moral implications behind how we interact with other nations. Discussing and debating issues that affect people like me has helped me think of everything as a two-sided coin,” said Kalejaiye.

Michael Kong, Clark Senator, also stresses the importance of debate in considering the world around us and looking at how we interpret the issues. “Knowing current events supplements a liberal arts education perfectly, because there’s no way we can become useful educated members of society once we graduate if we don’t have a grounding. It would be really hard to stick to your beliefs and not just believe everything people say if you don’t have training in evaluating arguments or defending your own,” emphasized Kong.

Especially when it comes to the liberal arts, Westmont has taken steps to make public speaking an integral part of its program. In the biology department, students of Bio-6 are required to debate issues ranging from young/old earth to the concept of intelligent design and prepare for both sides of each topic.

“It has made me see both sides of the argument using facts but also the moral implications behind how we interact with other nations.”

Current Bio-6 student Tiana Krukar appreciates the use of debate in the sciences at a Christian college. “Most students in their pre-collegiate years aren’t pushed to discuss if they agree or disagree with the science they are taught, or look into why their beliefs are as they stand,” noted Krukar.

“Having the debates in Bio-6 allows students to start developing their ‘truths’ in a world that seems to demand that people with religious affiliations step up to the podium.” With applications both in the classroom and out, Westmont students continue to use debate as a means to learn, but they also have the opportunity to enter into a dialogue with other universities through competition.

Off-campus, the Westmont debate team has competed in one official tournament called the Crossman Invitational, with especially positive results for a first-year team. Westmont was pitted against some of the best debate schools from all over California, including El Camino College (ranked No. 1 in 2018-19 season), Point Loma Nazarene University, and UC San Diego.

In varsity Parliamentary debate (2 vs. 2), Khoe and Washburn finished with a 2-3 record and one of their wins coming against El Camino’s best team. Washburn commented, “I thought we matched up really well! We face a couple structural disadvantages because we do not have coaches or students helping us prep cases.”

Since Westmont debate is a first-year, student-run team, preparing for topics while facing schools with sometimes four or more coaches can be intimidating. However, “in terms of speaking ability, communication, and organization, we have matched up well with nearly every team that we have gone against” finished Washburn.

Meanwhile, Khoe and Washburn also competed in a recently developed type of debate created by the International Public Debate Association. A less structured, 1 vs. 1 style of Parliamentary debate, Khoe finished with a silver medal and Washburn with a bronze.

Looking back fondly on his time debating in both high school and college, Willard-Kyle ’12 also remembered what an asset debate was in realizing what he wanted to do. “I first became interested in philosophy because in high school all my debate friends introduced me to thinkers like Locke, Rousseau, Foucault, and Rawls … In a very direct way, debate put me on my current career path.” It’ll be interesting to see how the team shapes the lives of other Westmont debate members down the road.