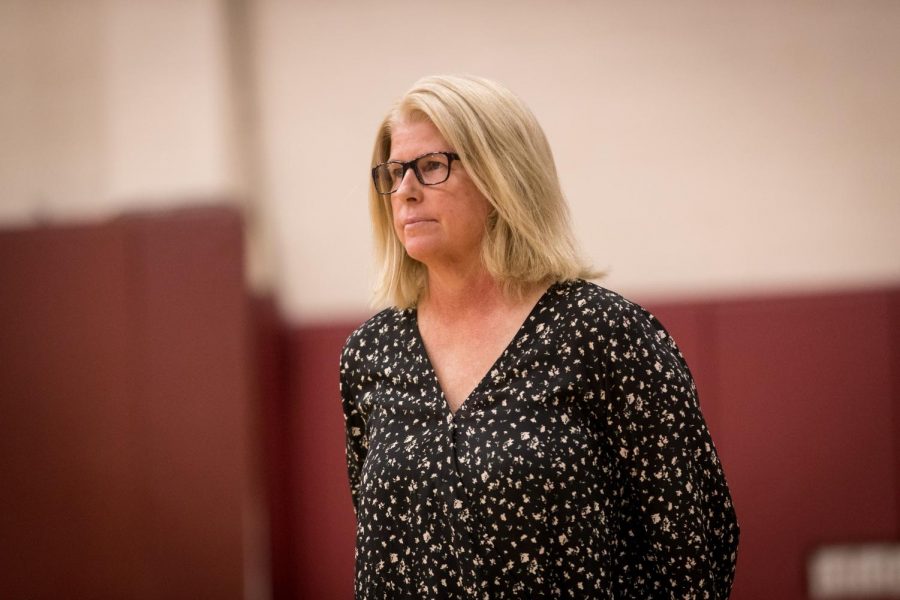 Born in Montpelier, Ohio, Coach McGolpin spent her formative years learning to love sports while surrounded by family. As the youngest of five siblings, McGolpin grew up playing a variety of sports and was surrounded by friends who also loved sports.

Her father was a Presbyterian pastor, which strongly impacted her faith growing up. She specifically recalls learning and listening to him teach after moving to Goleta during sixth grade.

From the young age of three years old, she remembers playing volleyball with her brother in their front yard. Although she played many sports at Dos Pueblos High School, volleyball was the one where she found the most joy. She credits much of her love of the sport to her brother, saying, “He loved volleyball, and hence, I did too.”

After high school, Coach McGolpin played a variety of sports in her collegiate career, including volleyball, basketball, and softball. Her focus was on volleyball, however, and her commitment to the sport allowed her to pursue a college education and compete at Northern Arizona University’s Division 1 volleyball program on a full-ride scholarship.

She mentions the path Division 1 athletics paved for her: “I counted that opportunity as a blessing, as it allowed me to travel the country to play.” This higher athletic experience also led to various coaching opportunities after graduation.

Coach McGolpin also credits her marriage as having a large impact on who she is today. Her husband, a former marine, helps their “entire household stay disciplined with [their] work.”

She uses this discipline to pour into the athletes she coaches. McGolpin exclaimed that she loves “coming to work and instilling [her] volleyball knowledge and passion for the sport in the athletes [she] works with.”

“There is just something special about the people and players,” McGolpin stated about Westmont athletics.

In the midst of their season, the volleyball athletes are off to an amazing start. They are 13-8 overall and 7-2 in the Golden State Athletic Conference (GSAC), making them second place in the standings.

McGolpin has been coaching with dignity and strength, and these traits can be seen as a direct reflection of the dignity and strength the women’s volleyball team plays with. The Westmont community appreciates her hard work and is excited to see where the rest of the season goes.