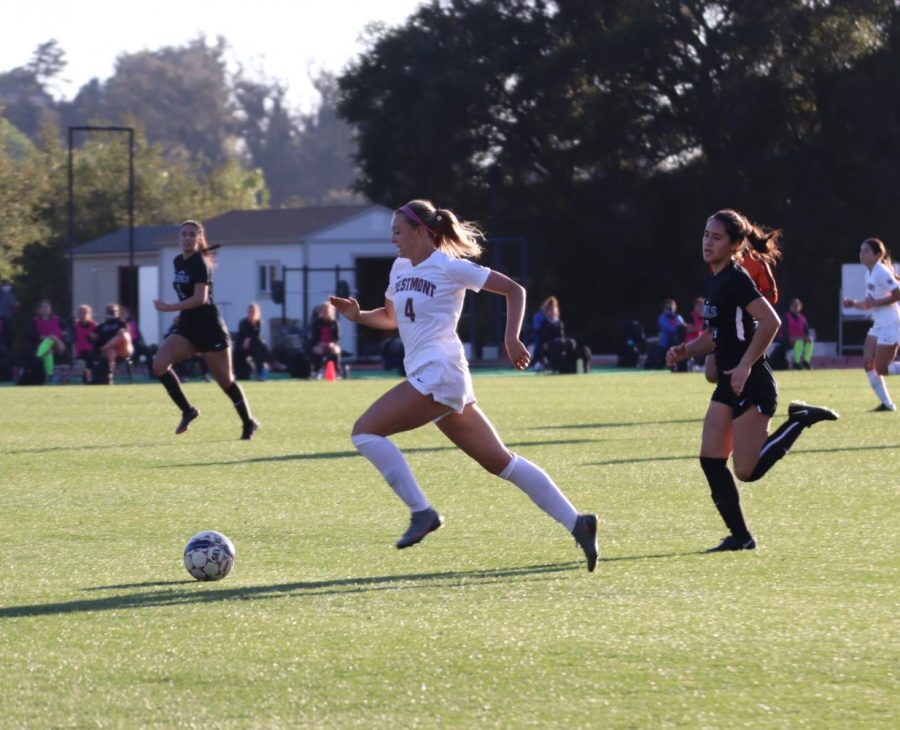 Soccer team battles for a spot in the postseason

With the Golden State Athletic Conference (GSAC) tournament soon to be underway, the Westmont women’s soccer team is determined to take it all the way.

In September, at the beginning of their season, the female Warriors kicked off their season-opening game fiercely, battling it out against Southern Oregon. Third-year forward Reese Davidson scored the deciding goal, setting the successful pace for the rest of the season. As the season progressed, the women have had many ups and downs as they battle their way towards a spot in the postseason.

Third-year player Sadie Hill gave her comments on how the season has been going so far.

“This season has been interesting! Having a back-to-back season from last spring has created some challenges, but also some healthy momentum. We brought in a big freshman class, which has been awesome for having a deeper roster and fresh energy, but we’re hitting the point in season where we’re battling through injury and trying to take every game one step at a time and grind until playoffs.”

So far, the women Warriors have played nine games, winning six of them, tying two, and facing defeat only once in a game against Eastern Oregon. Their success this season is justified by the team’s collaborative effort to work hard and make it to nationals.

Many new players are rising in the ranks, making their names known. Hill explained how first-year Shayna Stock has been a huge asset to the team.

“Shayna Stock, a freshman outside back, has been a stud this season. She puts in gritty defensive work, but also has created most of our offensive success. Shayna has incredible composure and confidence, especially for a freshman, and being able to play next to her is so fun.”

There’s still a long way to go in the season and the women are hungry for a national title. They currently stand second in the GSAC rankings, right under Ottawa University. They also stand at 19th in NAIA standings.

Hill ended by sharing the team’s goals as they head towards the GSAC tournament:

“Our goals are to continue to improve every game, limit injury, and win back-to-back GSAC titles … and a national championship, obviously. Most importantly, just continuing to be the hardest working team and have no regrets about our season is the ultimate goal.”

The women will play Master’s University in Westmont’s Homecoming game, this Saturday, Oct. 16, at 3:30 p.m. on Thorrington Field.