Evan Grahn: The math, the myth, the legend 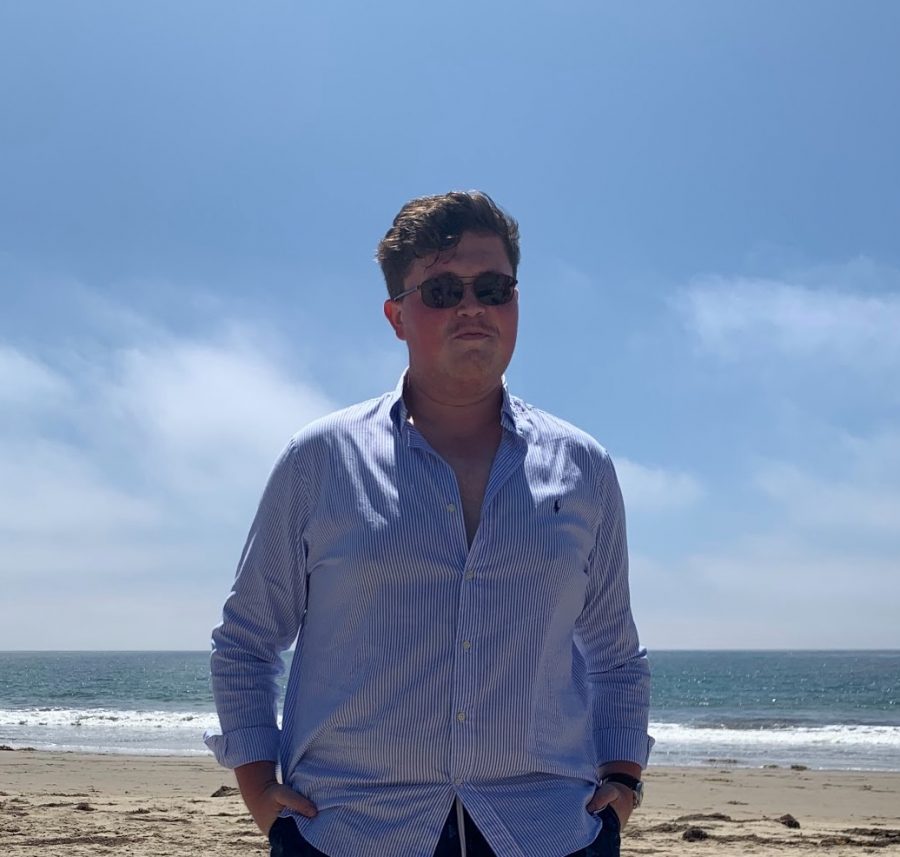 Evan Grahn is a third-year student and one of Westmont’s few math majors. So it’s not surprising that he took a calculated risk by only applying to Westmont. “I realize now that wasn’t the best decision. If I didn’t get into Westmont, that would have been really bad,” he said, laughing.

With several family members who have attended Westmont, including his uncle, former campus pastor Ben Patterson, Grahn has visited enough times over the years to get the lay of the land. Reminiscing about his visits, he said, “I have a photo of me and my brother on the rock by the library when I was thirteen.”

He didn’t always feel drawn to Westmont, however. At first, he didn’t see the benefits of a small, Christian liberal arts education. He considered going to a tech school, but as his faith grew stronger, he knew Westmont was the place for him: “I couldn’t see myself at any other college.”

He loves intertwining his faith and his studies and he feels that the Westmont liberal arts format enriches both. He noted that, in college, “my faith has become immensely stronger.”

His relationships with professors have also flourished under the banner of a shared faith. He said, “Having these classes where there’s an underlying faith aspect happens in so few other places.”

When he’s not on campus, Grahn loves going to coffee shops, even though “it’s a pricey little hobby to have.” He’s pretty certain he has patronized every coffee shop in Santa Barbara.

When he’s not getting coffee, you can find Grahn on the hiking trails above campus along Cold Spring Road. He plans to tackle Montecito Peak next. Grahn explained, “I’m working my way up to that, I’ve done half of it now.”

Along with his hiking excursions, Grahn decided to take the swing dancing class this semester. Reflecting on the experience, he said, “I kinda learned a whole month’s worth of salsa dance in 10 minutes this week.” He couldn’t dance for a few weeks due to knee and head injuries received from other escapades, but he’s back in the swing of things now.

In addition to his adventures frequenting coffee shops, hiking and swing dancing, Grahn found a wonderful faith community at Isla Vista Church and Calvary Chapel’s Friday night Young Adults Group. Concerning church, Grahn said, “I enjoy it when a church has a ‘come as you are’ mentality.”

Grahn continues his spiritual growth in these places and views Westmont as part of his core faith community. He loves chapel and the way the campus connects there. When asked about his favorite part of chapel, he remarked, “I’m not too familiar with the theologian, but I love the dog Henri Nouwen.”

Altogether, Westmont has a special place in Evan Grahn’s heart, so much so that he placed all his bets on it from the start.