The “ultimate” way to spend your Saturday

How the game of ultimate frisbee has shaped Russell Bell and his pursuit of true community. 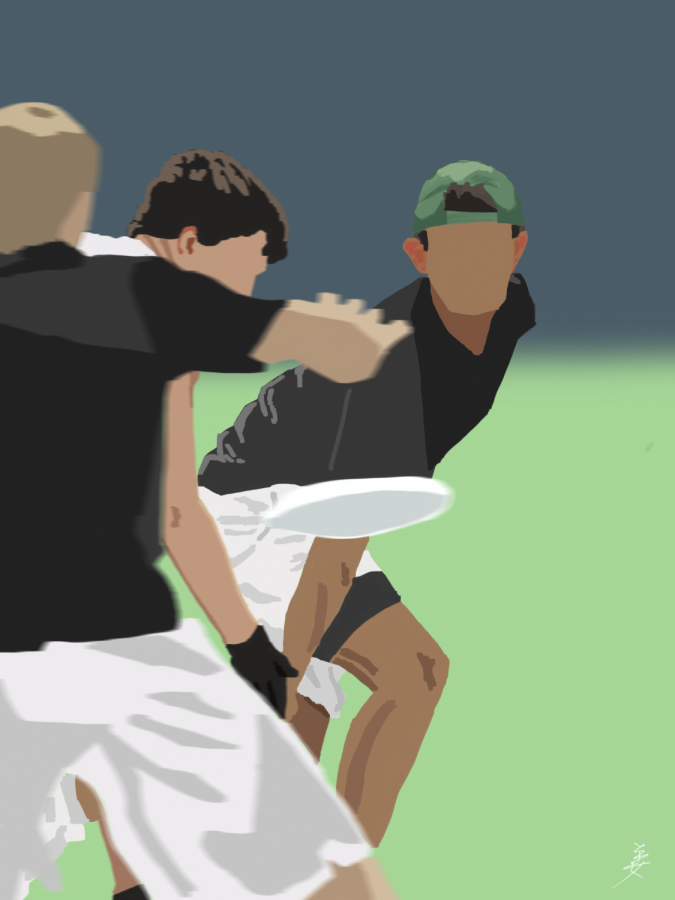 For Russell Bell, Westmont third-year and president of Westmont’s own ultimate frisbee club, there’s truly no other sport like ultimate frisbee. “As a game and a club … it’s about the community. Loving others and demonstrating [that love] by how we play.”

The ultimate frisbee club’s shared camaraderie for not only the game but for the people they play with is articulated in the club’s mission statement: “We hope to serve as a reflection of the values of Westmont College as well as a reflection of the love of Christ. Overall, we hope to create a culture of excellence within the club that extends to our fulfillment as members in our community, as students, as athletes, and as sons and daughters of Christ.”

Bell was first learned about ultimate frisbee in high school. His math teacher described how he traveled around the country in his Big Green Bus — the “BBG” — to play at different ultimate frisbee tournaments, asking fast-food restaurants for their vegetable oil to fuel his bus for his journeys. The freedom and fun of ultimate frisbee culture made a positive impact on Bell, influencing him even today.

Bell recounted a tournament he played in his first year at Westmont against California State University, Fullerton. He explained how Westmont didn’t have enough players to switch people out, so Fullerton lent some of their own players. It was then that Bell realized, “Ultimate frisbee doesn’t have to be about winning or losing. It’s about the heart, the spirit of the game.” The spirit of the game ultimately governs the sport and cultivates an awesome community of players.

The community and culture of ultimate frisbee attract all kinds of people with differing skill levels and sports backgrounds, ensuring the absence of exclusivity amongst players. Unlike other sports where a few people tend to stand out on the team roster, Bell shared that all players are of equal importance and value: “Not one person embodies ultimate frisbee. All club members do. Spencer is fun and joyful. Sam has more structure but brings his own funk to the team. Everyone brings their own thing. We’re a group. It’s just how it works, I guess.”

So if you happen to wander down to Lovik Field on your Saturday morning stroll, don’t be surprised when you stumble across a sweaty bunch of college kids throwing around a frisbee. In fact, you can expect Westmont’s ultimate frisbee club to play every Saturday at Lovik Field from 10 a.m. to 12 p.m., and don’t be afraid to join in on the fun either. “I love when people just show up and play,” said Bell. “All you need is a field and a frisbee.”

Who wouldn’t want to spend their Saturday morning this way?