Order in the court: tennis updates 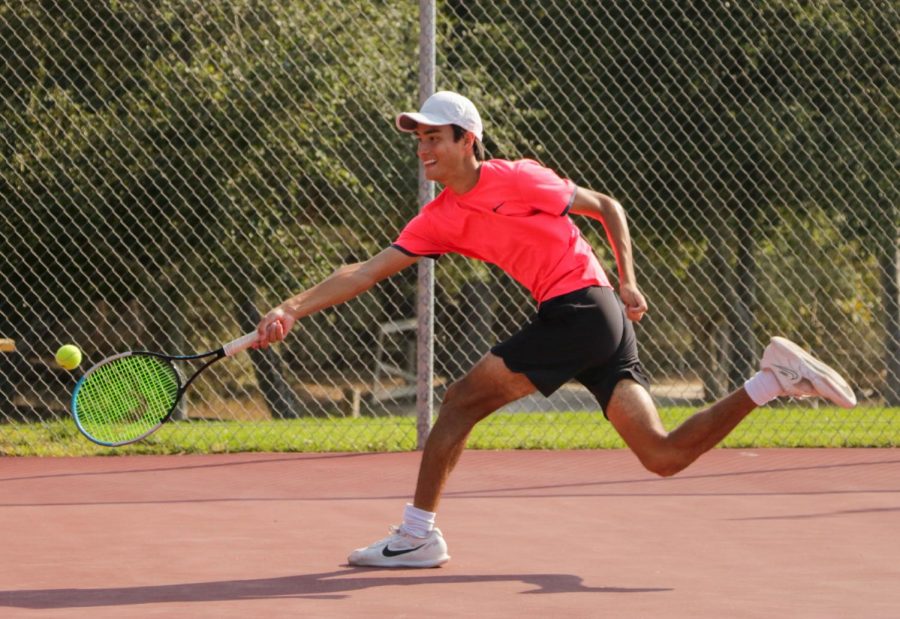 The spring season for tennis is still a few months away, but the Warriors are hard at work to prepare, already pushing victoriously through a couple of preseason tournaments.

Since there have only been a handful of matches for the men’s and women’s tennis teams, they still have plenty of time to prepare for the spring.

On Sept. 17 and 18, the women’s team struggled to succeed. Second-year Logan Jackson was the only Westmont winner on day one, similar to first-year Francesca Aguirre on the second day.

Both the men’s and women’s teams played against multiple colleges in the International Tennis Association (ITA) tournament from Sept. 29 to Oct. 2. Our women’s team won 12 singles matches of the 18 possible, with Aguirre pulling off four of them. The men won nine in total, and trailed behind by just a couple of points in the losing matches.

With these results, the time spent practicing and hanging out as a team will promote team chemistry and personal improvement, which reforms athletic relationships and sets the season up for great achievements. Jackson touched on the status of her teammates by exclaiming, “The team is looking great! After getting back from the ITA, we’ve been doing the captain’s practices and we’ll be … weight lifting soon to prepare for the spring season.”

First-year Owen Vander Ark also commented on his individual strength during practice, saying, “My strength is my serve and my volleys. Being a taller guy, naturally, I get more power and height on my serve, and my volleys were something that my coach back in Kansas City really stressed as important.”

Amidst all of the practice and hopes for the season, a coach is always backing them up and preparing them physically, mentally, and spiritually.

Coach Cade Pierson, an associate head coach, returned to coach the women whose position she was in not long ago. With great experience and wisdom, Pierson described her coaching style as “equally technical, tactical and relational,” and believes “wholeheartedly in the little things adding up to make the big things count.”

Pierson hopes to encourage the Warriors with pep talks that remind them “to enjoy every moment of it, whether they’re nervous, frustrated or whatever, because it all only lasts so long.” Pierson also considers the spiritual health of her players, knowing it is more important to be a “well-rounded Christian” and overall “good people.”

Each tennis team at Westmont not only prepares for a long-awaited regular season but constantly develops faith in Christ on and off the court. Both coaches for the men’s and women’s teams simultaneously tone their players’ hearts and physicality to strive for memories and experiences that will last longer than their time at Westmont.