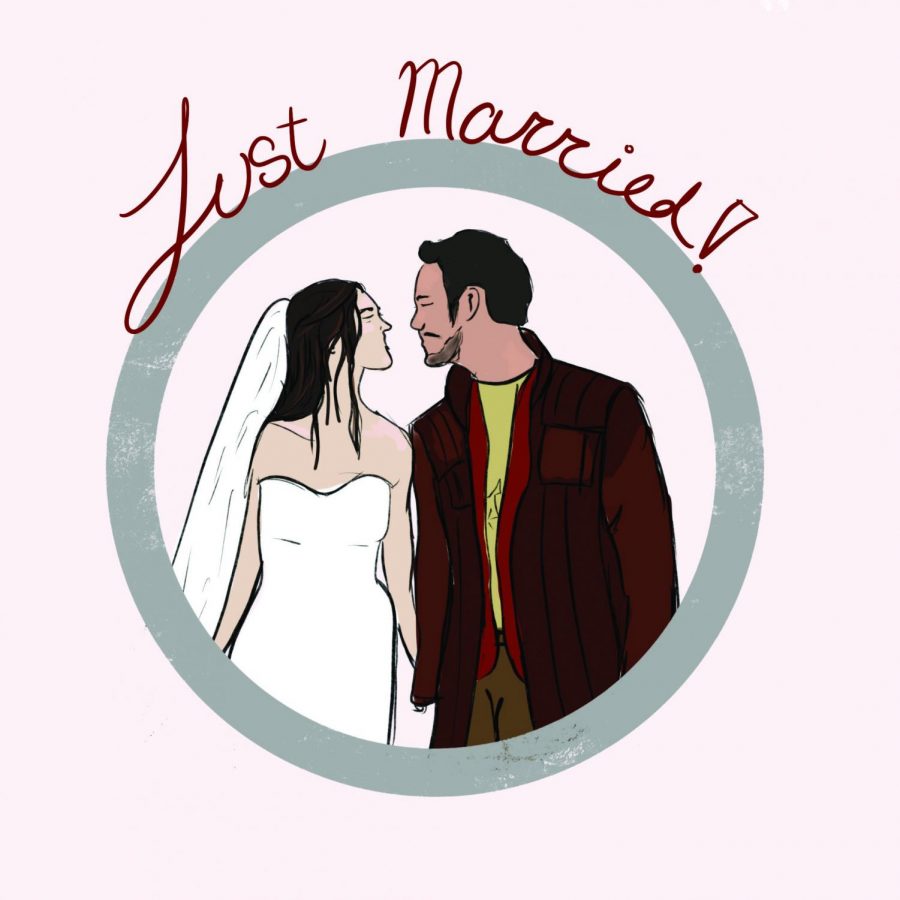 While Westmont campus was noticeably emptier during the summer months, the elite celebrity wedding season was gearing up in Montecito.

A-list Hollywood couples like Chris Pratt (“Jurassic Park,” “Avengers,” “Parks and Recreation”) and Katherine Schwarzenegger (daughter of former California governor and actor Arnold Schwarzenegger), Gigi Gorgeous (LGBTQ+ activist and YouTuber with more than 5 million followers across social platforms) and Nats Getty (model and billionaire heiress to the Getty Oil fortune), Bradley Whitford (“The Handmaid’s Tale,” “Get Out”) and Amy Landecker (“Grey’s Anatomy,” “NCIS”), and Trevor Engelson (producer and ex-husband to the Duchess of Sussex, Meghan Markle) and Tracey Kurland (multimillionaire banking heiress) were all married over the summer in Santa Barbara, with three weddings specifically in Montecito.

Pratt and Schwarzenegger married on June 8th at San Ysidro Ranch, a 500-acre luxury resort at the foot of the Santa Ynez mountains, less than five miles from campus. The estate has housed a number of past celebrity weddings such as “Avengers” actress Gwenyth Paltrow’s to Coldplay singer Chris Martin, and pop star Jessica Simpson’s to Eric Johnson, former tight-end for the San Francisco 49ers, and supermodel Lily Aldridge’s to Kings of Leon singer Caleb Followill.

The ceremony was an intimate affair strictly for close friends and family members as a guest told People Magazine ahead of the ceremony, saying, “Chris and Katherine’s wedding will be a very intimate affair with just their closest loved ones.”

One of Montecito’s most well-known residents, Rob Lowe (Pratt’s co-star on “Parks and Recreation”), was also in attendance, according to Harper’s Bazaar.

In comparison, Gorgeous and Getty had a much more lavish ceremony in front of 220 guests on July 12. The wedding took place at the new opulent Rosewood Miramar Beach resort, just 10 minutes from campus. Notable guests included Caitlyn Jenner, Teri Hatcher (“Desperate Housewives”), and YouTube stars like Trisha Paytas and Grace Helbig, the New York Times reported. Current California governor and godfather to Nats Getty, Gavin Newsom, sent his congratulations to the newlyweds through a video-recorded toast that was played at the reception. Montecito local Katy Perry and her fiancé Orlando Bloom also sent their best wishes to the couple through a video recording.

Whitford and Landecker were the only couple to marry outside of Montecito, instead opting for a secret elopement at the Santa Barbara County Courthouse, as the newlyweds announced on their respective Instagram pages. Their special day occurred just five days after the Getty wedding on July 17.

The final celebrity couple to marry over the summer in Montecito was Trevor Engelson and Tracey Kurland on May 11 at the Rosewood Miramar Beach resort in front of 330 guests. Engelson’s close friends Ray Smith, defensive tackle for the Detroit Lions, and rapper N.O.R.E. were also in attendance, MSN Entertainment News noted.