Crow column: Mental health matters, even for a crow 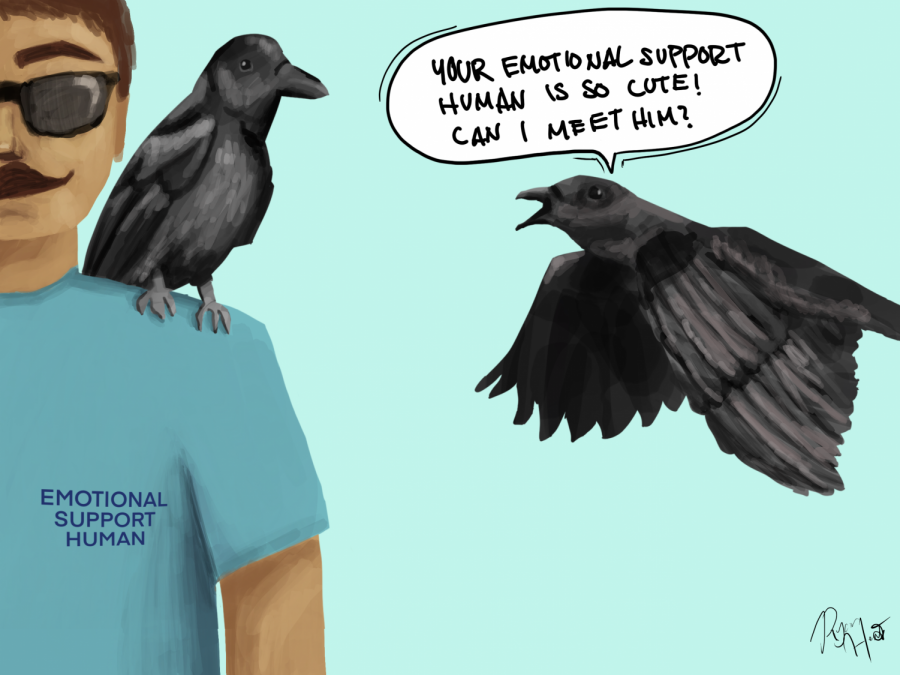 The counseling center on campus has always been a hub of activity. From finals-induced mental breakdowns, to heartbreaks over not getting a ring by spring, to DC disappointment, there has always been a constant rotation of students. They enter with a list of problems and tearful eyes, then leave with solutions and a bright smile. What is not as widely known about the counseling center is that some of their most dedicated clients are the Westmont crows

The crows on campus have always taken their mental health very seriously, and for good reason. Based on a recent survey, the general crow population suffers from a crippling loneliness and boredom whenever there is a general lack of pranks to pull. They often make appointments after hours for a bit of extra privacy, where they meet with special counselors dedicated to their needs. We spoke with a crow who has been a long-time client of the counseling center. Due to patient confidentiality, we cannot release the identity of the crow, but they openly shared some valuable insight into the mental health of Westmont’s crow population.

When asked about the struggles most crows bring to the counseling center, our interviewee stated, “I think most of us mainly struggle with a sense of purposelessness. At least, we used to. There’s a lot of us that have stopped going to counseling sessions.”

When asked the reason, he clarified, “It’s those humans. A lot of us have the same conversations and share the same gossip over and over again. We pick up shinies and trinkets and add them to our hoard, but it leaves us empty. We get bored easily and quickly find that even the pranks we pull on the squirrels and random humans are dull, but the humans started befriending us and now our lives are much more interesting.”

He went on to explain the luck of crows who have bonded with humans. With that unlikely friendship comes a new drive in life. The humans give the crows fresh gossip, weird new hobbies and a friend. When a crow has a human friend, they have a reason to fetch glittery collectables. They no longer fly around aimlessly, but have a direction to follow in life.

“In a way,” the crow continued, “humans become a source of emotional support for us crows. They’re like emotional support humans!” After this proclamation, he squawked and went to join his human friend whose class had just ended.

Many of the crows who have a human friend still visit the counseling center. This is partially to encourage their brothers and sisters, but also to continue to work on themselves. A few have even admitted to seeking help for their kleptomania!

From this interview it is clear the crows take their mental health very seriously. Their human counterparts would do well to follow their example. Perhaps we all could use an emotional support human of our own.