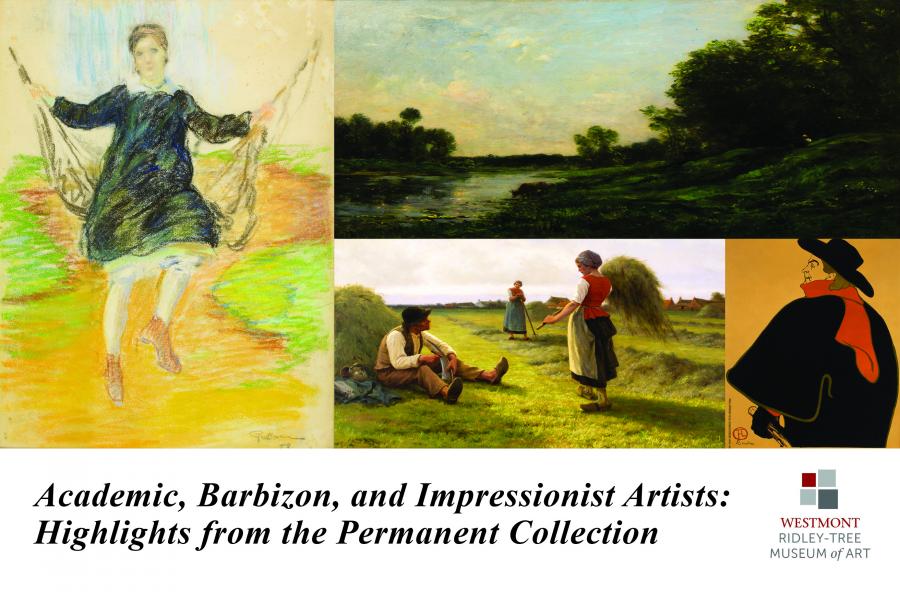 Courtesy of the Ridley-Tree Museum of Art

Starting Nov. 11, Westmont’s Ridley-Tree Museum of Art will showcase a new exhibit featuring 19th-century art by Barbizon and Impressionist artists. The exhibit will run until Dec. 18 and focuses mainly on French art, although it also includes art from Germany and other countries.

Judy Larson, who previously directed the National Museum of Women in the Arts in Washington, D.C. before becoming director of the Ridley-Tree Museum, is excited to show the prints, drawings and paintings to the Westmont community. The show will display pieces never before seen by the Westmont community and provide “an opportunity to get things out of the vault,” Larson said.

Larson said that the exhibit also highlights many lesser known works that “tell a story.” Two paintings, “Portrait of Mary Prendergast” and “Mlle. Vera of the Moulin Rouge,” are some of the only remaining works from Lawton S. Parker, whose art was destroyed by the Nazis during World War II.

Larson explained that some of the works mimic styles that originated in the legendary 1667 French Salon, an exhibition of the Académie des Beaux-Arts in Paris. “[I] really wanted to begin to tell the story of the influences of French art in the 19th century and that it was global,” Judy said. At the time, “people came from all over into Paris [to create and view art].”

Whether you’re a francophile, a historian, an artist or a sociologist, all visitors will enjoy the Ridley-Tree Museum’s latest exhibit. Larson is thrilled to bring a bit of art education and enjoyment to the Westmont and Santa Barbara communities: “It’s such a pleasure to get [the pieces] out and have people enjoy them.”