“The French Dispatch” review: Weird and worth it 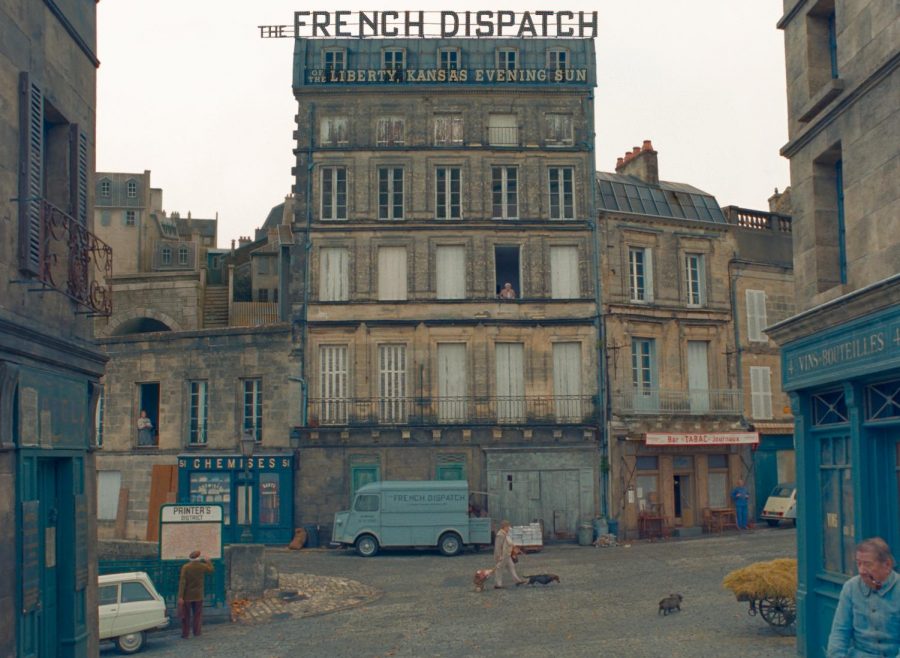 A common misconception holds that director Wes Anderson is only for film bros. I, however, am by no means a film bro and I thoroughly enjoyed “The French Dispatch”!

The Wall Street Journal’s resident film bro Joe Morgenstern thought the movie “not worth a detour,” and if the real film bros think a film is boring, then it most likely is good! Morgenstern’s dissatisfaction might be due to his lively background as a writer for “Law & Order,” but either way he misses the fun of Anderson’s abstract absurdity.

“The French Dispatch” features three “Grand Budapest Hotel”-esque vignettes that highlight the lives and reporting of eccentric journalists at The French Dispatch of the Liberty, Kansas Evening Sun, an odd fictional publication with purposeful parallels to The New Yorker.

Each vignette has its own cast of crazy, passionate characters. The second storyline, for example, follows an uprising of “grumpy” youths in Ennui, France, and a charming cooking review that ultimately has little to do with food and everything to do with a police commissioner. These self-contained stories are fast-paced but not frenetic, witty but not too heady. Plus, they feature the packed cast — Timothée Chalamet AND Saoirse Ronan — fans have come to expect in a Wes Anderson film.

While some say Anderson repeats similar techniques in his films — symmetrical framing in squared-off aspect ratio shots, idiosyncratic characters and bluntly delivered lines —  “The French Dispatch” is anything but drab and formulaic. These techniques are wonderfully implemented to achieve the fullest extent of absurdity. The balanced frame offers a perfect canvas upon which to display rather off-balance characters.

The film — in addition to being an homage to The New Yorker — acts as an addendum to Anderson’s library. In the first vignette, Anderson explains the beauty of modern art through art collector Julian Cadazio, played by Adrien Brody. Cadazio argues that Moses Rosenthaler, the pleasantly dull and criminally insane painter played by Benicio Del Toro, could draw a sparrow if he wanted to, yet his artistry lies in how he chooses to paint abstractly.

Anderson, a positively proven and time-tested mainstay in popular cinema, could “paint the sparrow” if he had to, but decides to keep his films weird.

Anderson’s characteristic weirdness is certainly not lacking in “The French Dispatch.” In fact, “The French Dispatch” doesn’t lack much of anything. Tilda Swinton stuns with her sporadically vulgar J.K.L. Berensen, Frances McDormand’s Krementz is oddly charming alongside Chalamet’s Zeferelli, and Jeffery Wright’s show-stealing Roebuck ties it all together with his charming coverage of the love shared between a police commissioner and his son.

Nuanced performances by each cast member, coupled with composer Alexandre Desplat’s whimsical score and an almost overly quaint setting of Ennui make “The French Dispatch” a ridiculous, magical masterpiece not to be missed by any amateur film-loving bro or sis.