Westmont Bubble: A gift and a hinderance to fourth-year students 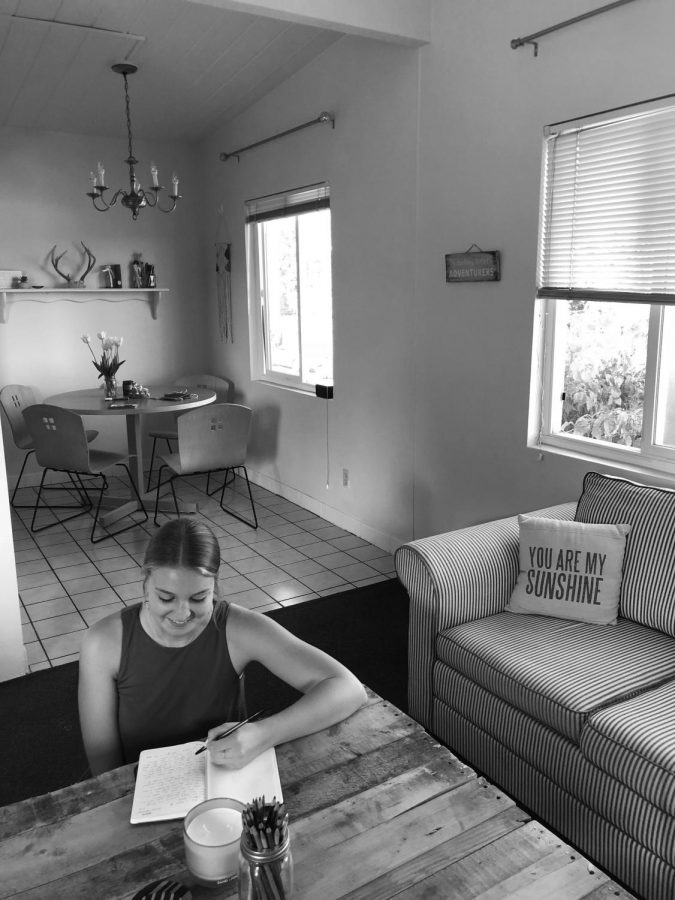 The Ocean View apartments are a popular off-campus place for seniors to live.

As the first-years are settling in to the rhythms and routines of college, the senior class is contemplating their futures. Most fourth-years live in the Global Learning Center (GLC) or off campus. Two different experiences, one inside what students call the “Westmont Bubble” and one just beyond the reach of the bubble.

In Ocean View apartments (OV), Bridget Broderick lives with three of her closest friends. This is Broderick’s second year living in OV. “[Living off campus] can be a challenge. You feel isolated from campus events, and in a way, it causes a real sense of disconnection from the rest of the student body,” shared Broderick.

Some seniors are okay with that disconnect. Jacob Cohen, a fourth-year who lived in downtown Santa Barbara this summer and is in OV this school year, said, “Having experienced campus life for three years it’s not something I miss. I feel like I live in the city of Santa Barbara instead of the city of Westmont.”

When living on campus, a lot of people refer to the “Westmont Bubble.” Fourth-year Emma Wade said, “The Westmont Bubble has always been something that makes the majority feel comfortable and unchallenged, and I think in a place like the GLC where individuality is of paramount importance, that bubble has coddled people their entire college career and it’s beginning to be deconstructed. Which is so beautiful!”

Wade also mentioned that often, “[The Westmont Bubble] is a manicured, sheltered form of reality that in the end is inhibiting student’s ability to fully comprehend the world they are entering into. It’s like taking small baby steps before the leap into the real world.”

Living in the GLC means students get their own bathroom and a communal kitchen. Most students living in the GLC are off the meal plan, and therefore have to rely on themselves for meals. Wade mentioned, “The GLC is a communal living space that promotes personal responsibility, individuality, and the feeling of possibly being able to make it on your own.”

Olivia Kinkelar, a fourth-year in the GLC said, “It’s a lot nicer than any other dorm on campus, but I don’t think living in the GLC has necessarily prepared me for what’s after college besides cooking in the kitchen.”

Kinkelar mentioned that, “One of the main reasons I wanted to live in the GLC was to stay on campus. I felt that if I lived off-campus I would feel very disconnected to Westmont, but I want to feel connected as it is my last year here.”

Seniors like Broderick do miss that part of campus life, but Broderick said, “Dan and Sarah, our RD and his wife, do an amazing job at making people feel included by putting events on specifically for off-campus students!”

Broderick brought up a great point when she said, “After graduation, I definitely know that I will miss our Westmont community. It has been such a key component in my spiritual and personal growth, and I presume this kind of atmosphere will never be quite the same outside of our homey foothills of Santa Barbara.”