Rock and Roell: One senior’s endurance in pursuit of music education 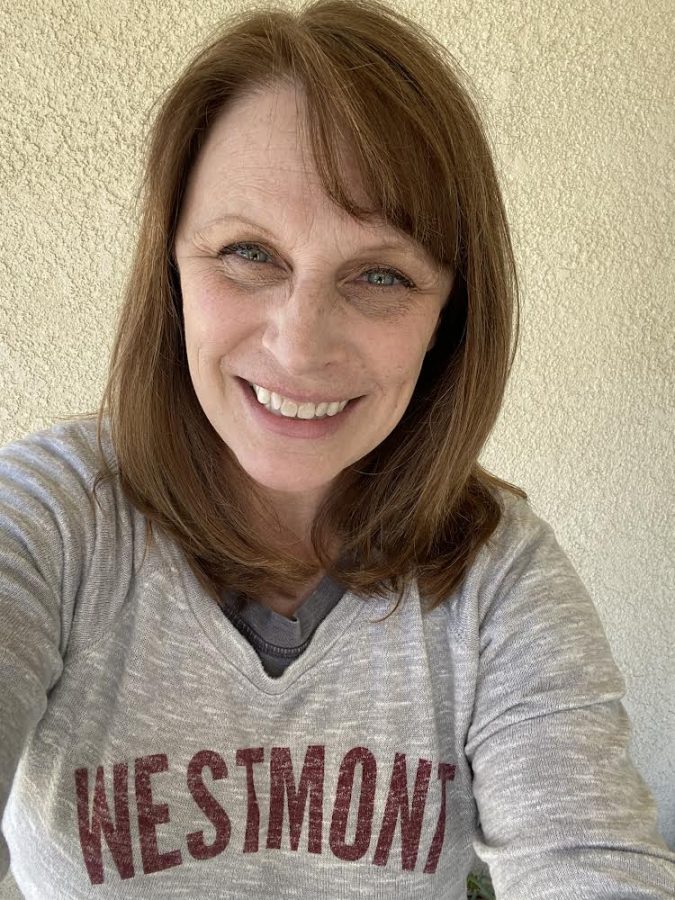 Heather Roell, a senior at Westmont, has taken a long and unconventional path to get her degree, accruing all kinds of life and music experience along the way. Roell started her college journey in the late ’80s at California State University Northridge (CSUN) with hopes of majoring in music.

When she told her dad about her academic plans, he advised her against a music major. Roell recalled, “My dad talked me out of it because [he said] it wasn’t going to be lucrative for me.” She heeded his advice and declared a major in child development at CSUN instead.

She attended college until the early ‘90s, taking mostly general education (GE) classes and “a bunch of music classes that I probably shouldn’t have.” Eventually, Roell explained, “I just kinda lost steam and decided to drop out.”

It wasn’t until her son Nathan applied to Allan Hancock Community College in spring of 2016 that she considered completing her degree. While going over the GE classes he needed, Roell thought, “I wonder how much GE I have completed and how far it would take me to get a degree.” From there, she applied to the same community college in Santa Maria and got an Associate of Arts (AA) in music.

Though none of her credits from her time at CSUN actually transferred because they were over 25 years old, Roell explained that the experience “did come in handy.” As a violinist in CSUN’s orchestra, Roell played for the opera “La Traviata” by Giuseppe Verdi. She also played in a Martin Luther King Jr. Day performance where the orchestra accompanied a reading of the “I Have a Dream” speech — a moment Roell described as incredibly powerful.

In choir, Roell sang in a condensed production of “Fiddler on the Roof,” playing “basically all the daughters … rolled into one.” Recalling this time, she reflected, “That was an awesome experience.”

When considering where to go after her time at Allan Hancock, she remembered her mother having once wanted to go to Westmont, so Roell decided to apply. In researching the school, “I realized they had their own music ed major — it’s actually its own degree!” She could finally pursue her dream from all those years ago.

In addition to offering her dream degree, Westmont appealed to Roell as a Christian institution. Roell observed, “At a UC school or Cal State school, [faculty] don’t sign off by saying things like ‘In Him’ or ‘Blessings.’” She added, “I can’t tell you how many classes [I’ve] had where we have prayer. You don’t find that in public schools at all.”

After Westmont accepted her, Roell decided to transfer. Reflecting on the environment at Westmont, Roell acknowledged, “It’s a bubble, but I like the bubble a lot. It’s nurturing for even someone of my age.” Now, she is officially a senior and has attended Westmont for three semesters.

For Roell, it was discouraging to start at Westmont only to be chained to her computer due to the COVID-19 regulations: “I didn’t get to experience chapel or anything at all because I was at home in Lompoc.” This year, she’s been so excited to make the daily commute to campus. She said, “I drive here every day, I’m here all day long — it’s like being at summer camp!”

Westmont became like a second home for Roell. She feels very welcomed on campus, saying, “I don’t think I’ve run into any student or faculty here that hasn’t been really generous with their time and smiles. I have felt really comfortable here.” Later she added, “Everybody here has so much respect for everyone.”

A couple decades ahead in life experience than most students at Westmont, Roell holds a positive view of the age difference, grateful to bear witness to the growth of the young men and women surrounding her. Roell explained, “It’s [their] time to shine. This is like [their] coming of everything.” Since Roell’s son is close in age to many in the Westmont community, she said, laughing, “I feel like I have a lot of other children at this school.”

Roell is glad she waited to finish her degree, saying, “I’m actually appreciating [my education] more than when I was younger … I don’t think I was actually mature enough to go to college the first time.”

Once she receives her degree in music education, Roell hopes to teach music at the high school or middle school. Unsure whether she wants to teach choral, instrumental or both, Roell said that she’s been encouraged “to keep my mind open to all the options.”

In the meantime, Roell continues as a full-time student — going to chapel, singing in Westmont’s college and chamber choirs, and playing violin in Westmont’s orchestra — even as she lives off campus with her husband and children in Lompoc.

Outside of Westmont, Roell gives violin lessons, plays music at church, teaches dance at a local high school, and rocks out in two different bands.

First recruited to sing country-rock by her father in his band, Roell recalled protesting, “Dad, I don’t do that. I sing classical music.” Eventually persuaded, she explained, “What I thought was going to be three months ended up being 14 years.”

A few years after her father’s country-rock group disbanded, Roell and her brother recruited a mutual friend to play the drums in a band. He agreed to join them — provided they play metal music.

Later, a guitarist at her church recruited Roell and her drummer friend to play in a different band, of which she’s still a part. In addition, Roell continues to play in a band with her father, brother and sister.

In her time here, Heather Roell has truly become a part of the Westmont community, soaking up every second as she pursues her dream to study music education. While already teaching and enjoying music in so many different ways, Roell looks forward to finally getting her degree in the spring and becoming a music teacher at a local school.