A house divided against itself cannot float 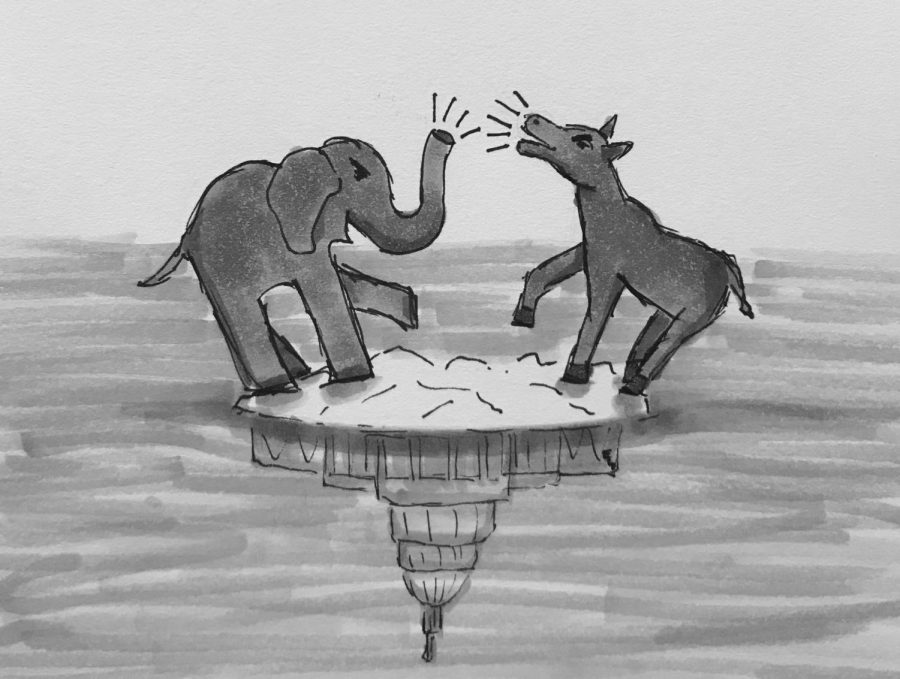 Among the myriad of partisan divides in America, the division around climate change is easily one of the strangest. Climate change is a universal issue that touches the interests of both Republicans and Democrats, threatening everything both hold dear, while also facilitating the opportunity for unprecedented leaps forward. Climate change response should be a point of unified, bipartisan action, not the deadlock it has been for the past 20 years.

One Republican argument against climate action is that it hurts the economy. This is in large part due to a valid concern that heavy financial restrictions, such as those proposed by Alexandria Ocasio-Cortez’s radical Green New Deal, will stifle innovation and punish small businesses. What Republicans should realize is that climate action has a myriad of economic benefits, especially for their constituents. Climate change has been correlated with the notable uptick in wildfires and hurricanes, many of which hit population centers with high economic output. Imagine the trillions of dollars saved over time from disaster relief and infrastructure rebuilding, not to mention lives and livelihoods, if Republicans make decisive climate action.

Then there is the emerging market for clean and sustainable technologies. Fifteen years ago, hybrid vehicles were a novelty, and electric cars a fantasy. Now, thanks in large part to Elon Musk’s eccentric genius, everyone wants one, and car companies supply that demand. Solar technology, once thought to be a waste of time and resources, is advancing towards being a viable large-scale energy source, already offsetting energy costs worldwide. Given their rapidly increasing market share, it is clear that further clean technology investment will only result in returns. Thus, climate action can be good for the economy, and Republicans can help facilitate it.

Democrats have, on the whole, made progress in raising awareness about the need for decisive climate action. However, the majority of their recommendations have centered around large scale government intervention. For example, critics decried the Green New Deal as invasive on business freedom and a closeted agenda to redistribute wealth through unfair taxes on companies. This underscores another critique of climate action in America: that it can only be done with government control of a specifically leftist slant. It is up to Democrats to dispel this perception by distancing their climate policy from the rest of their left-leaning partisan agenda. While this seems counterintuitive, it will meaningfully help the working class they say they care about, albeit more indirectly. Doing so will also show that they are willing to make decisive change, no ideological strings attached, thus allaying Republican concerns of ulterior motives.

Democrats and Republicans both need to leave their partisan politics and egos behind in order to reach a consensus on climate action. It will not be easy, but the stakes are too high to ignore. A bipartisan climate action plan is what is needed, and will likely garner the required public support to enact meaningful change.