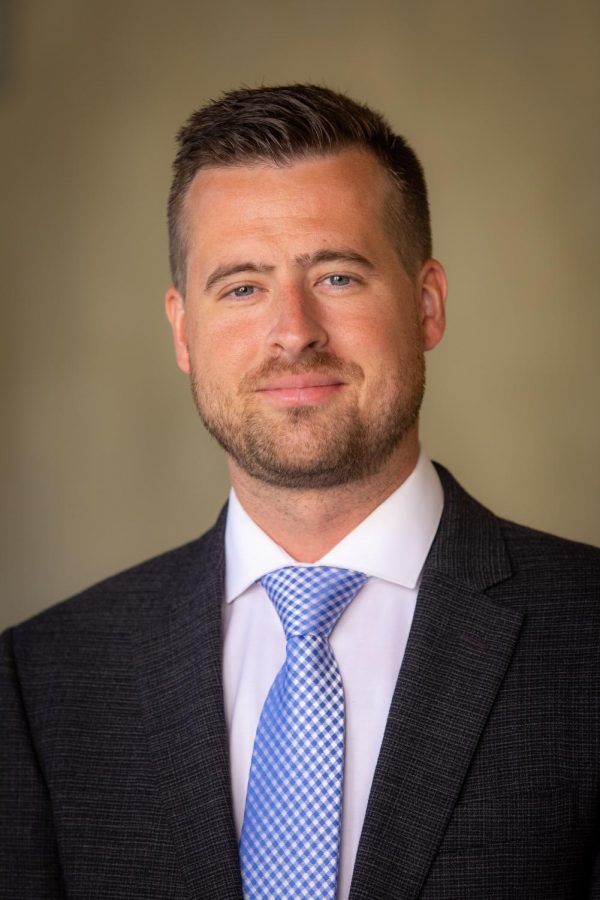 Men’s basketball head coach, Landon Boucher, was raised in Salem, Oregon. Growing up with a family focused on basketball allowed him to develop a deep love for the sport. He watched his older brother participate in the game, which grew his own love even more. Basketball was always the activity of choice for Boucher, as he knew nothing else.

“I never took any interest in any other sports growing up, so I don’t know much about any other sport,” Boucher mentioned. “We grew up playing and watching the game of basketball all day, every day.”

This exposure led Boucher to play basketball at Chemeketa Community College for three years, where he played under David Abderhalden, who Boucher said was “an amazing coach.”

“David Abderhalden made a huge impact on me as a future coach because he spent countless hours with me in the gym,” Boucher expressed. “Giving time to players is a huge sacrifice. I probably spent more time with Coach A in the gym than I have with anyone else.”

After Chemeketa, Boucher transferred to Westmont College in 2011, where he played under head coach John Moore. “Coach Moore showed me what it looked like to coach for Christ, and I learned lessons from him as a player and a coach in doing so.” One of his most notable stats was shooting 40.7% at the 3-point line over his career at Westmont.

After his college basketball career ended, Boucher quickly became a local coach in Santa Barbara. He started as head coach at Providence Christian School, where he led the team to the California Interscholastic Federation Southern Section (CIF-SS) quarterfinals.

He then coached at another high school in Santa Barbara: San Marcos High School. He started as the junior varsity coach and later transitioned into the varsity head coach position. During his coaching career at San Marcos, he won the Channel League title and the CIF-SS championship. Boucher was additionally named the Channel League and CIF-SS Coach of the Year.

After San Marcos, Boucher returned to his alma mater and stepped on as the assistant coach under Coach John Moore at Westmont in 2018. There, he helped lead the men to a Golden State Athletic Conference (GSAC) championship title. In 2020, Moore stepped down as head coach and Boucher filled the position. He came into the job right before COVID-19 hit, a rocky start to his career as a head coach at the collegiate level.

When he started to work for Westmont, Boucher was not involved in his faith yet. He came to know the Lord until after he finished his own career as a basketball player. He mentioned that now as a coach, his “entire coaching career has been for Him.”

Boucher encapsulated his basketball career by saying: “Basketball has taught me so many lessons that I hope the game can pass on to my current players and future players. God has worked miraculously through the sport of basketball in my life, and my prayer is that He continues to do so.”

Boucher is an amazing addition to the coaching staff here at Westmont. This year, the men’s season has been successful, starting off 8-0. They hope to win another GSAC title and go to the ​​National Association of Intercollegiate Athletics (NAIA) Championship Tournament in March 2022.