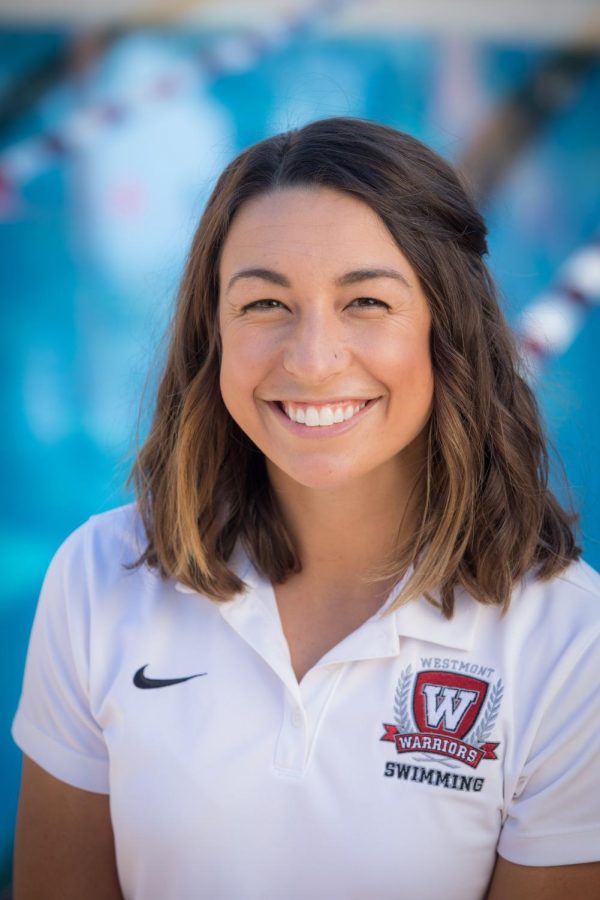 Women’s swimming head coach, Jill Jones Lin, was raised in the Bay Area of California. Growing up in a family of five, she began swimming along with her two sisters in their backyard pool when she was very young. By age six, she was taking swim lessons and subsequently joined a year-round swim club. Of her siblings, she was the only one to pursue a competitive career in swimming throughout high school and college.

When asked about the impact of her coaches, Coach Jones Lin stated: “My coaches at my club team, Orinda Aquatics, coached me for 10 years, age[s] 8-18. Our team motto was ‘character first.’ That motto was a daily reminder that I was more than just a swimmer and that my status didn’t matter unless I was a person of integrity and character. It was an incredible environment to grow up in. My coaches cared deeply about who I was as a person and the qualities I was going to bring to my next team.”

In regards to her own spiritual journey in the faith, although Jones Lin was brought up in a Christian household, she says her true journey into faith didn’t fully develop until she was in high school. “My relationship with God helped balance my ego and the temptation to be accepted by my peers for accomplishing worldly successes. I had a strong sense that my value wasn’t tied to my grades, how fast I swam, or who my friends were; but to my status as God’s daughter,” Jones Lin said. “I have always strived to be faithful with the gifts God has graciously given to me, and the ability to swim at a high level was all thanks to God.”

Jones Lin continued her swimming career at the collegiate level when she swam for California Polytechnic University in San Luis Obispo, also known as Cal Poly SLO. Training at the university level was an incredible challenge that took time to adapt to.

While she was off to a good start, in her second year of college she, unfortunately, had a hip injury that resulted in surgery. This injury was not the end for her, however.

While she struggled to manage chronic pain over the next two years, she began to lead an all-athletes Bible study that refocused her mindset and reminded her to lean into all God had given her. She ended her “collegiate swimming career with lifetime best times and knowing that [she] ‘left everything in the pool.’”

After the end of her collegiate career in swimming, Jones Lin shared that she wanted “nothing to do with the sport,” yet somehow she always found herself coaching swimming time and time again.

In 2018, her move from the Bay Area to Santa Barbara with her husband led her to work at Westmont as the women’s head swim coach. This program is relatively new with only three years in the books.

Jones Lin has been a pivotal part in starting this sport. Here, she has integrated her knowledge and 15+ years of experience into the team and has helped the women excel not only in their physical abilities as swimmers but also in their mental capacity.

An important factor in her coaching method has been the four pillars she established for the team: “gratitude, grit, character and integrity.”All in all, Jones Lin has helped lead this team to new heights and we look forward to the success she will continue to bring to the school.