Callie Smith: The journey to healing 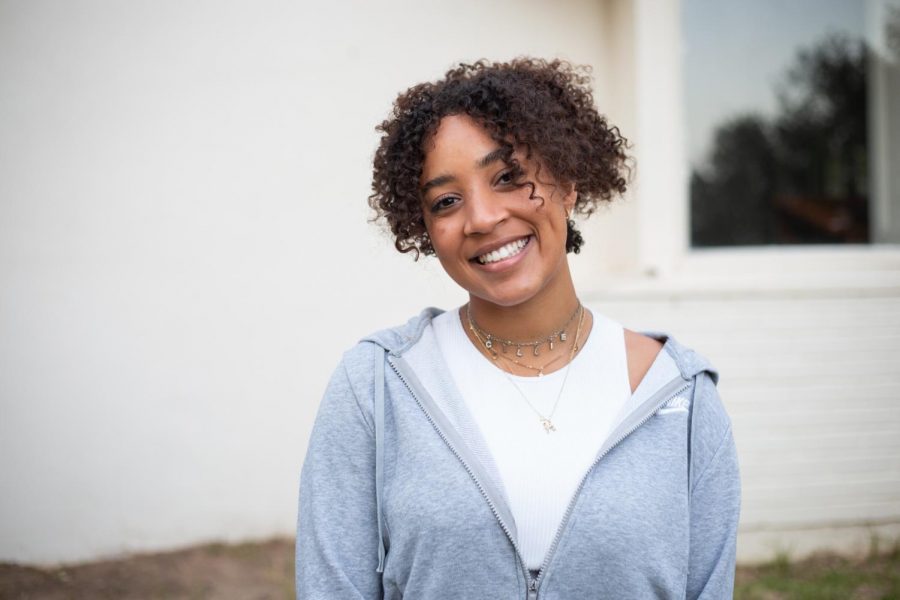 As you scroll through your feed, there are a million oversaturated pictures of the good moments in life: spending time with friends, getting married, playing with dogs, walking on the beach—all the wonderful, happy things. Callie Smith’s Instagram account is certainly not exempt from those moments, but in between them is a testimony of strength.

Her role as a mental health advocate has prompted her to share about her journey as an individual with bipolar disorder (BD) and as a survivor of sexual assault. She has worked to make her Instagram page a safe space for people to reach out and talk to her.

When asked what brought her to Westmont College, she laughed and said, “The beach!” As a southern California native, she finds the warm weather a perfect fit. When asked what she now thinks of Westmont, Smith stated, “Overall, I’d say my time at Westmont has been very healing.”

Smith works to help those struggling with mental illness and those who are survivors of sexual abuse. At around 15 years old, she received her calling to ministry. She had a blog called “Callie’s Journey to Joy,” where she worked to express herself and document her journey through life.

Her blog was the beginning of her social media story, where she shared parts of her testimony. She was rebaptized after going to church camp and, when she shared about that, she was surprised by the positive response. She began posting more about her faith and opened up about other areas of her life as well.

For the past few years, Smith has created a space for people to share their stories and has vocalized a lot of her own experiences to empower them.

After reading the posts, someone from her church reached out to minister to her. This lady read through them and recommended she enter the Pepperdine’s Next Generation Preacher Search. Callie submitted her post “Joy Comes in Your Mourning” to the competition and won during her junior year of high school.

Smith started speaking and preaching over the next few years when given the opportunity. Throughout this time, she struggled with the idea of pastoral ministry because she felt that she wasn’t perfect enough to be a pastor. She summed up how she came to accept her calling, saying, “I knew it was God because even though I didn’t want to do ministry, doors just kept opening up.”

Smith still doesn’t have a perfect idea of what ministry will look like for her, but she continues to study God’s word to prepare herself for whatever that looks like. Religious studies has been a helpful space for her to learn more about the nature of God and His plan for her life.

Her studies have also helped her grapple with the stigma around mental health in the church. Smith talked about her experience growing up and feeling like she was a bad Christian for taking medication to help her.

Her other major, psychology, has been healing for her as well. She has the opportunity to share her experience with BD in a classroom context and receive support from her classmates, while also learning more about the psychology of her condition. She describes herself as very vocal about sharing stories of her experiences with BD and mental health. Smith explained, “I talk about my BD all the time in psych, but when it comes to religious studies, I’m scared people will think I’m a bad Christian.”

The decision to be vulnerable is difficult, even when surrounded by those who care about you. On social media, it is a lot harder to be vulnerable. Smith stated, “It’s easy for me to talk about my BD, but sexual assault is a lot harder to talk about. Every time I post about sexual assault, I have to delete my social media for a few days because I get so anxious about what the response will be. It’s weird talking about sexual assault because it never goes away. Some days are better than others.”

Smith’s Instagram contains a section for people to share their own stories and what they have experienced: people who have suffered from the assault of family members, significant others and those in authority.  Her Instagram also includes anonymous submissions of sexual statistics, reminding scrollers of its prevalence.

Her journal entries detail the scars left and the fear that constantly lurks in the back of her mind. The journey from victim to survivor is a lonely one, with constant reminders of the fateful night. Victims can’t escape their own bodies, but live with the fingerprints of those who took away their rights.

Despite the pain of her journey, God has given Smith incredible joy despite her suffering. She spoke about how God has given her peace, even as her heart goes out to the scared younger girl who has to decide whether or not to press charges. Experiencing the pain of being betrayed by someone she trusted and then called a liar by those around her has shaped her into an incredible testimony in her everyday life and online. Her strength marks her as a survivor and not a victim, one who chooses to speak out to remind others that their worth is not in someone else’s actions.

Smith makes the world privy to some of her most painful memories and the incredible hurt she deals with on a daily basis. She described how her heart breaks for those whose stories are like hers. When asked what keeps her going, she acknowledged both her friends as well as many moments where “people will come up to me in the DC or DM me and be like, ‘I really loved what you posted today, it really helped me.’” She concluded, “That keeps me going.”