Students on the liberal arts experience 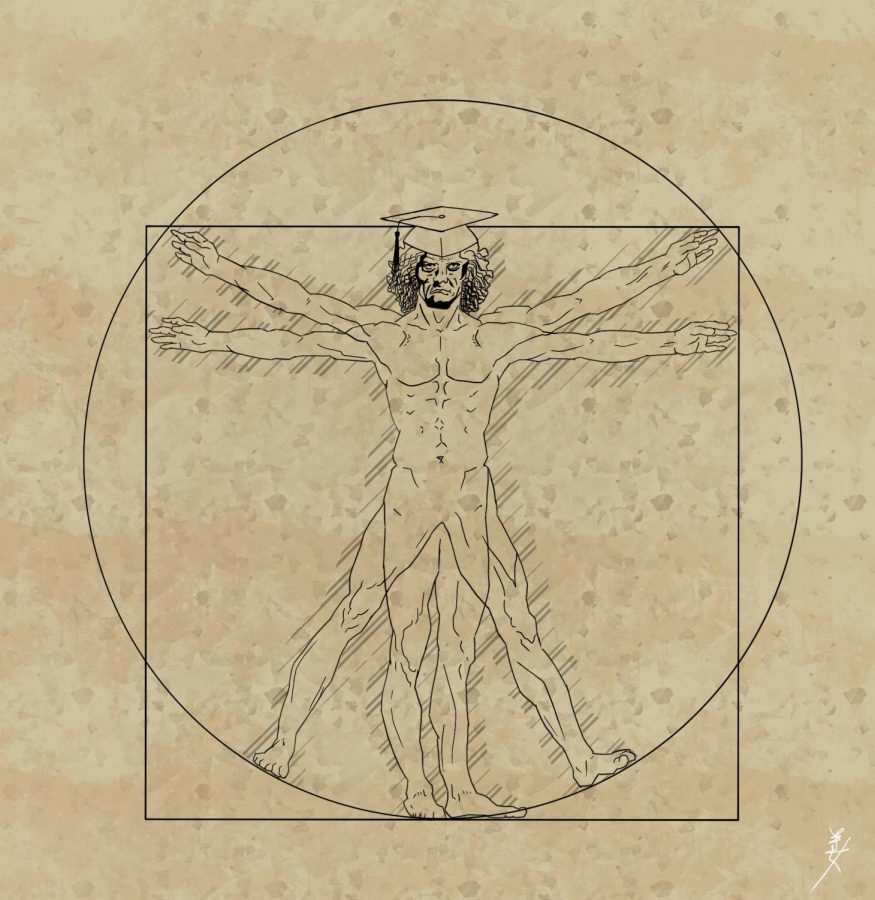 Classes, chapels and faculty frequently allude to Westmont’s identity as a liberal arts college. For many students, the liberal arts involve the blending together of ideas and disciplines — an approach both challenging and enriching to their education.

As fourth-year biology major Terrel Armstrong succinctly put it, “The liberal arts [is] a way to enter into a collective imagination of academic disciplines.” He added that a liberal arts emphasis helps students guard against “information silos,” the illusion that information is separated into different disciplines.

Similarly, Landon Moir, a third-year data analytics and theatre arts double major, highlighted the “synthesis of differing disciplines to encourage deeper understanding of a central topic” as a crucial component of the liberal arts.

Jenna Peterson, a third-year psychology student, added a Christian dimension to her definition of the liberal arts, identifying it as “an interdisciplinary approach to education that allows for greater appreciation for many different aspects of God’s creation.”

For third-year Chloe White, a philosophy and history double major, the liberal arts’ “emphasis on broad learning” contrasts an education geared “towards a specific trade.” White also associates the liberal arts with particular majors — mostly those categorized as humanities — though she also acknowledges the place of math and some sciences as liberal arts disciplines.

White added, “I think that Westmont should be a stronghold for those types of disciplines instead of following the pattern of other colleges who are slowly pushing them out.” She explained, “I’ve benefited from Westmont investing in really good [professors] and making sure their programs for philosophy and history are thorough and all-encompassing.”

In her own disciplines, White highlighted the value of “figuring out why people are the way they are and how they have been in the past,” as well as “the ways that humans have influenced each other in order to get us to where we are in our modern world.”

For White, history and philosophy epitomize the liberal arts in the way they easily incorporate and involve “a lot of abstract thinking and critical reasoning.”

At the same time, Moir admitted that the liberal arts have added an extra challenge: “It has certainly raised the intensity of studying and use of energy in thinking with me.”

In addition to challenging students to engage with their learning on a deeper level within a single class, Westmont’s liberal arts emphasis requires them to engage a broad range of topics through general education (GE) classes.

For some students, not all of the GE requirements have been helpful. According to third-year computer science major Andrew Day, “the wide swath of general education requirements can initially seem like a huge drag that only serves to remove focus from your chosen discipline.” He recalled “cases of classes where the material seemed to be uninteresting or pointless.”

Day added, “In the cases of classes that I didn’t feel particularly compelled in … I had a much harder time being able to reconcile the amount of time spent doing uninteresting work when I could be spending it on more socially or intellectually stimulating endeavors.” Day felt that “a requirement in those particular cases shows that the requirements currently set up are not a perfect system.”

At the same time, Day acknowledged that the liberal arts “emphasis on variety does help to create new questions, new perspectives and new relationships that I wouldn’t have arrived at had I not taken some of those introductory classes.”

As White put it, “While it might not be directly useful to a number of students, I think people enjoy being pushed in different directions than what they’re used to.” She added, “They have general education requirements that are not contributing to their major but are just letting them feel out what it’s like to be within other disciplines.”

Peterson reflected this sentiment when describing her experience taking math course requirements, explaining, “These course[s] pushed me to think in ways that a psychology major would not be required to normally: more abstractly, computationally and more logically.” Though she found them very challenging, taking these courses helped Peterson “better appreciate the work that goes into our digital world.”

Summarizing the impact Westmont’s liberal arts emphasis has had on her, Peterson concluded, “I have been pushed to take courses I normally would not have and have widened my view of how people appreciate God’s creation.”

Armstrong, valuing the application of liberal arts in his education, expressed frustration that so much time at Westmont is spent merely talking about it as a concept: “It’s so infuriating to me. Just stop and just do it. Just read really good thinkers and then talk about how they overlap and how they answer different questions about the human condition, the trajectory of history, the secrets of nature.”

Reflecting on the student body’s overall attitude toward the liberal arts at Westmont, White said, “I think as a whole, students can appreciate the breadth of learning that comes with being at a liberal arts institution because they get to explore interests that they might not have been able to otherwise. That’s already carved out within their college experience.”

White added, “I hope that Westmont continues to be that place for students like me who love reading and writing and thinking, so that we can continue to produce generations of people who like to look back at what’s happened before us and think about what’ll be happening in the future, even if that doesn’t increase capital or help the economy.”