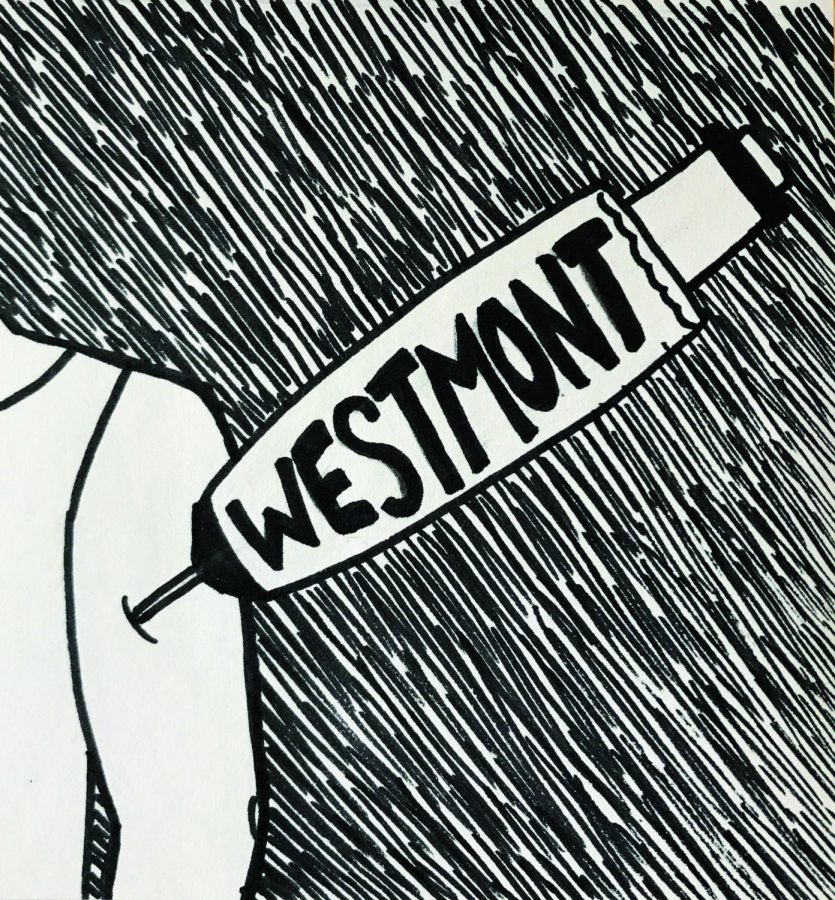 The World Health Organization announced this past January that among the top 10 greatest threats to global health was vaccine hesitancy. Since then, there have been more than 1,200 reported cases of measles across 31 states, a highly contagious disease that can cause swelling of the brain, permanent deafness, and even death. In the year 2000, the measles were declared “officially eradicated” the United States. If just one more case of the measles is reported by Oct. 1, our country will lose its status of being measles-free. With statistics like this and the anti-vaccination movement increasing year after year, I found it disturbing that our very own campus does not require a single vaccine to enroll. The official statement online from the Health Center reads, “We are not requiring up to date vaccinations in order to attend Westmont.”

The vaccine debate has become sensitive and tricky over the years — but it shouldn’t be. Science has proven again and again that vaccines save lives and that by stopping vaccinations, deadly and preventable diseases like tuberculosis, measles, mumps, tetanus, and polio will return. When institutions like colleges or workplaces allow the unvaccinated to attend, it affects the most vulnerable in our world: infants and children too young to receive vaccines, cancer patients of any age undergoing chemotherapy and/or radiation as they are immunocompromised, and the elderly with weakened immune systems. Westmont should not be harboring people that can cause harm to the most vulnerable after their time in college is done.

“But, what about those allergic to vaccines? If they’re vaccinated, their allergies can kick in and cause them to die! They shouldn’t be subjected to be vaccinated.” This is a common argument from the anti-vaxx movement. No one is saying that those who are actually at medical risk if vaccinated need to be vaccinated anyway. In fact, it’s the opposite. Those who choose to be unvaccinated by personal choice put those who can not be vaccinated (albeit, this is extremely rare — 1 in every 1.32 million people suffer from it) at risk.

Due to a rise in vaccine-preventable illnesses, many American schools have ramped up their health and immunization requirements to enroll. In 2015, a new California state law was signed that personal and religious belief exemptions from vaccines would no longer be allowed in public California preschools, daycares, and K-12 schools. In 2017, the University of California system implemented a stricter set of rules for incoming students after a that states, “requests for exemptions [from vaccines] for non-medical reasons will be denied and are not eligible for appeal”. Even private California Christian colleges similar to Westmont have rules against non-vaccinated students. Point Loma Nazarene University in San Diego, California Lutheran University in Thousand Oakes, and Azusa Pacific University in Los Angeles all require various immunizations for all undergraduate students to attend.

It is both foolish and dangerous for Westmont to continue to allow students to put others, and themselves, at risk of preventable, life-threatening illnesses. Not only does it set a dangerous precedent that immunizations are unnecessary, it sends a message to other institutions that immunizations ought to be optional, it goes against the most fundamental of science, and ultimately fails to protect students. I encourage and ask the health center to enter the 21st century and update its immunization requirements, making the necessary stand to safeguard the Westmont community.