Crow Column: The Crows are back in town 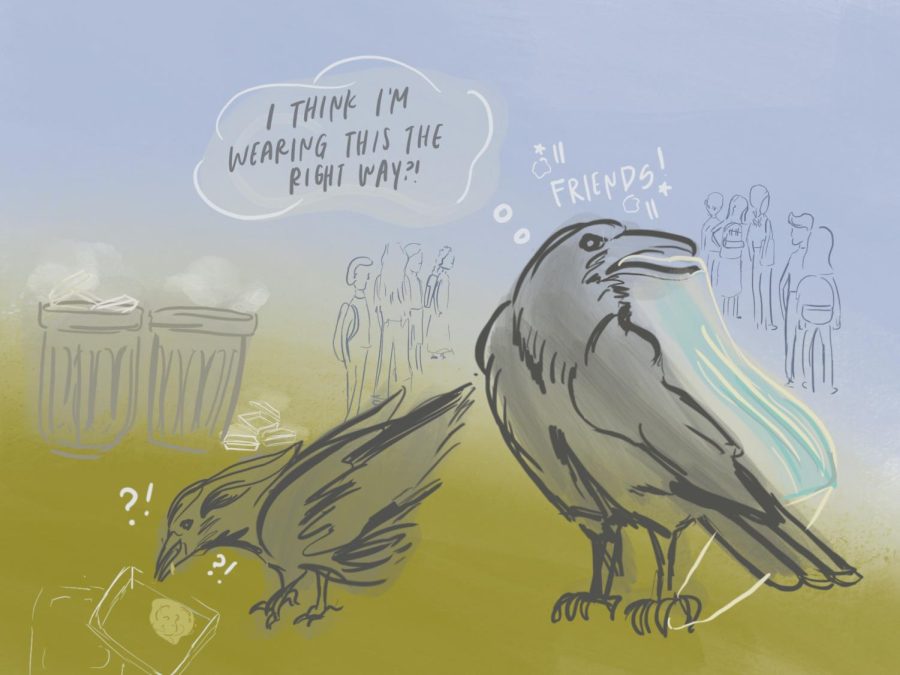 The crows are back baby!

After the lengthy and lonesome winter break, students fill Westmont’s campus once again and the crows could not be happier. The murder, which seems to have grown exponentially over the break, can be seen clogging the tree branches near Lovik field and Thorrington Track. They have also  started hanging out with their student buddies again. The crows gather on the tables in the DC patio and have even piled into the Monroe Room, where the social half of the student body eats.

Surprisingly, the crows seem to have no qualms about the tight spaces. Normally, these birds thrive with a constant bubble of personal space — ideally a length of about six feet — however, they seem perfectly happy stacked one on top of the other in the Monroe booths and on the little tables.

Some students have reported a murder flying in a tizzy around Page Hall. A few adventurous birds have even tapped on the windows and hopped through the hallways to join in the impromptu golf tournaments that have cropped up in the usual Page Hall chaos.

When asked their thoughts on all the fun happening amidst the standing COVID-19 protocols, one crow bystander simply offered a blank stare, as if they had no idea what the question meant, before hopping away to place a bet on who would win the golf tournament.

Not all of the crow population is staying on campus, though, as a large number have hitched a ride on the shuttle and gone to party at the beach. They line up near the volleyball courts to squabble with the seagulls. A few even join their human friends in a game or two of volleyball, though crows are notorious cheaters. Others wander off and get lost in the bustle of State Street.

A smaller murder of crows fly by the outdoor seating areas of restaurants and coffee shops to steal masks laying forgotten on the tables. It is an interesting sight to see them puzzling over the strange contraption.

One crow looped one end of the mask around its neck to make a cape.

Another strung up each end on two branches in a tree to make a little hammock. Still another tried sticking each wing in the ear loops to make a convenient portable basket for carrying trinkets found around the city. It is a wonder that these intelligent birds still cannot figure out the correct way to wear a mask!

The joy the crows exude is highly contagious. Here at the Horizon and across the student body, we are excited to see what the rest of this year will hold with our crow friends.