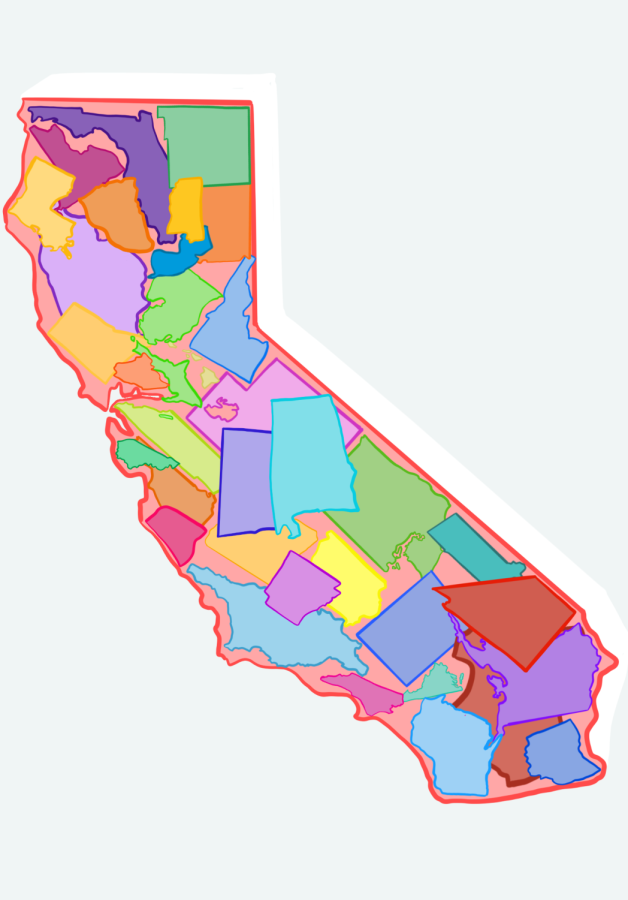 The Westmont community is filled with individuals from different spiritual backgrounds, interests and ethnicities, but one overlooked aspectplace of diversity is state origin. Many Westmont students were raised in the United States, but not in California. A few students have agreed to express their experiences as out-of-state citizens attending college in California.

While stereotypes are often exaggerated truths, they do create expectations. The group of interviewed students unanimously expected California to be more culturally and politically liberal than their homes, which proved true.

Halle Booher, a second-year student from Indiana, found life in California busier than in Indiana. Furthermore, Cara McGuffee, a first-year student from Tennessee, predicted people to be more laid back, as in “the small things don’t really bother people here as much,” which she felt was confirmed.

Despite the predictions of out-of-state students regarding what California would be like, there’s no way they can anticipate everything. All the interviewees noted how, unlike their hometowns, many things are outside in California: outdoor dining, shopping, exercising and even education.

When noting the infrastructure of Tennessee schools versus California schools, McGuffee said “my middle school [started as] a high school, [became] a prison, a haunted house and then a middle school.”

Another noteworthy difference between states is social culture. Issac Jessop, a third-year student from Arizona, said “going on trips seems to be a bit more of a thing, not just the beach but even to other nearby cities. [There’s] more emphasis on travel.”

Booher commented on the spontaneity of California culture, compared to the planning that goes into social gatherings in Indiana. McGuffee acknowledged that, in California, “people actually go out and do things, while the weekend hangout where I lived was going to the mall.” The blessing of California’s weather and geographical location has made for a social culture that sets it apart from other states.

Dress codes and beauty standards also differ between California and other states. All the out-of-state students noted the more casual dress code here — both social and literal dress codes. McGuffee said Tennessee school dress codes are extremely strict: “no runs in jeans, shorts have to go just above the knee, can’t wear tank tops, can’t show midriff at all.” In California, however, revealing attire is generally accepted.

Furthermore, Booher found church dress codes significantly different. She said “people are a little more uptight about what you wear” in Indiana, while it’s common to wear more revealing clothes to church in California.

There are various small and comedic cultural differences out-of-state students have experienced. Booher noted that Trader Joe’s is a “big thing” in California, whereas it’s present, but not popular, in Indiana.

Jessop said he doesn’t understand California’s obsession with avocados, but that it’s very prevalent. He also highlighted the importance of In-N-Out in California and how people can be defensive about its quality. Booher finds the way people respond to weather as humorous, specifically referencing how people freak out and take pictures during thunder and lightning storms, which are normal phenomena in Indiana.

One difficult cultural difference students observed regards hospitality and manners. Booher remarked that, though it’s not true for the Westmont community, overall California has a mentality of “I have places to be, things to do, please don’t bother me.” However, in the Midwest people are “very authentically nice” with pleasant hospitality.

McGuffee also said people in the South are friendlier, recognizing “opening doors for one another, smiling and waving” as some of their mannerisms.

Booher noted that people often run out of food at events or social gatherings in California, while in Indiana “the worst thing that could happen is you have people over and you run out of food.”

Although California has its shortcomings, the out-of-state students highlighted some of their favorite things about studying here. Jessop loves the environment and “being around trees and the greenery … being able to go to the beach when I want.”

McGuffee prizes the freedom of California: “being able to get off at a bus stop and walk … wherever you want to go.”

Interstate culture shock doesn’t come without its hardships. The homesickness reaches a greater extent than it may for in-state students. Jessop said “I’ve gotten more comfortable and familiar as time has gone on, but still not the same level of familiarity or comfort that I’ve encountered at home.”

Additionally, Booher said, “Learning how to still have fun and make relationships across the divides” in opinions, perspectives and beliefs has been one of her greatest challenges. Something that impedes Booher crossing the gaps is the stereotypes she has been labeled with when people find out she’s not from California. She explained, “Just because I’m from Indiana doesn’t mean I lived in a corn field. I actually probably experienced more city life than a lot of people in California have.”

When asked what advice she’d give to others, Booher encouraged students to be proud of where they’re from, saying “It was really easy for me to make fun of where I’m from because I felt like other people would … so when I started being able to share the really fun things and things that I loved [about Indiana], it was helpful.”

Jessop said to “reflect on your experience … seek out what makes you comfortable, but also … lean into the different and see what’s there,” advocating for a balance of familiar and different.

McGuffee suggested to not be “caught up in your own state culture that you can’t adapt to a different one; [instead] ask questions and don’t judge … because everyone is just living how they were taught.” These students’ advice can be applied to both out-of-state and native California students.

The exploration of out-of-state students reveals that America is not a one-size-fits-all experience. Booher said, “There are majorities and minorities in every different pool of things you can think of, so it is hard to be far away from home and to live in a new place, and so inviting people into your culture and asking them about theirs too” is extremely helpful. Hopefully this will be of encouragement to Westmont as the college moves forward into diversity and understanding others, including those from out of state.