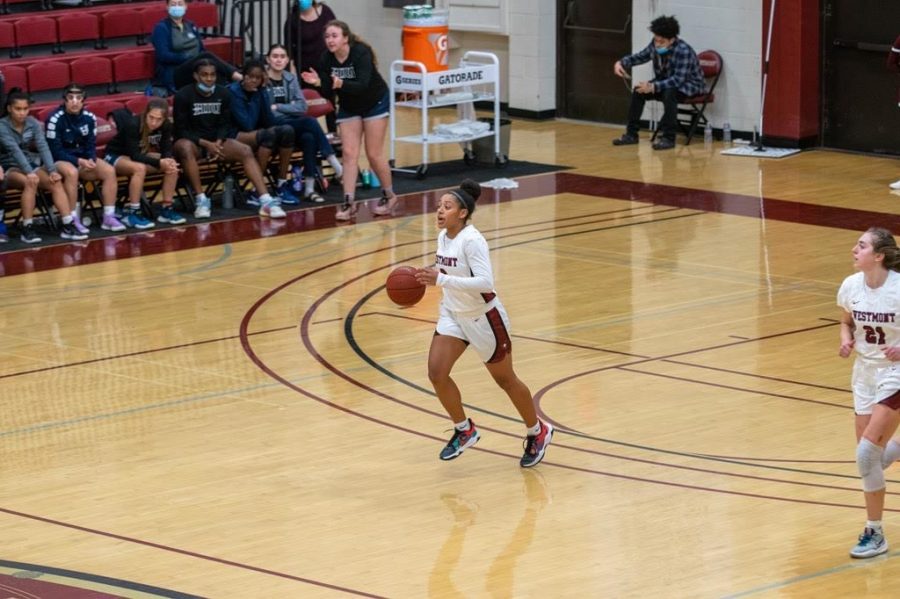 Women’s basketball athlete Iyree Jarrett was raised in Southern California and currently lives in Orange County, where she concluded her high school basketball career at Brea Olinda High School before coming to Westmont in 2018.

Jarett has been in love with the game for as far back as she can remember because of her dad’s professional basketball career in Europe. During this time, Jarret had the opportunity of living with him in Poland when she was a kid. In reference to the influence her dad had on her basketball career, she said, “He coached me and all of my siblings our whole lives and all three of us are blessed to now play college basketball.”

During her time at Westmont, Jarrett has been a phenomenal asset to the team. Her work ethic and character stay consistent on and off the court. She shares, “I always dreamed of playing basketball collegiately, and after talking to various coaches and going on visits, I really felt like Westmont was right for me. I loved the team culture and I felt like the basketball program was more than just athletics. The coaches and community cared about the whole individual from academics, to how you are doing spiritually, socially and so on.”

Jarrett has been one of the leading scorers for the women’s team. This stems from her high-level skills — notably her ball control and defensive guard — which have led Jarrett and her team to a national championship.

Recently, in a game against Arizona Christian, Jarret set the tone by scoring 31 points. As amazing as that sounds, Jarret interestingly noted that the most memorable experience of her college career was ending The Masters University’s undefeated season by fifteen points. This was only second, of course, to the 2021 national championship, where they won it all!

As successful as Jarrett has grown to be, she admits the curriculum of the basketball program has had a huge impact on her personal development. She said, “I think this program constantly pushes us to be the best we are capable of being, on and off the court.”

When you hear about Iyree Jarrett or if you have the privilege of getting to know her, this statement goes a long way: she is an amazing example of what it looks like to represent Christ well as an athlete and a person.

Jarrett shares some wisdom about what the game of basketball has taught her:

“There are so many valuable life lessons that I will carry with me forever. I’ve learned the importance of hard work, dedication, teamwork, communication, leadership and preparation. As a student-athlete, I’ve learned time management and organization. I think, most of all, being on a team has changed my life relationally.”

The Westmont Women’s basketball has been so blessed to have a leader like Jarrett. There will be a noticeable absence on campus and on the court when she graduates. However, in light of graduation, this is not the end of her basketball career. Jarret is currently making decisions on where to go for grad school, where she plans to continue her eligibility.

As hard as it might be to cheer for Jarrett wearing another jersey, as a community, we are so happy for her and will continue to pray for her future as she represents Christ in life and in basketball. She is an unforgettable athlete and has left a positive impact on our athletic department.