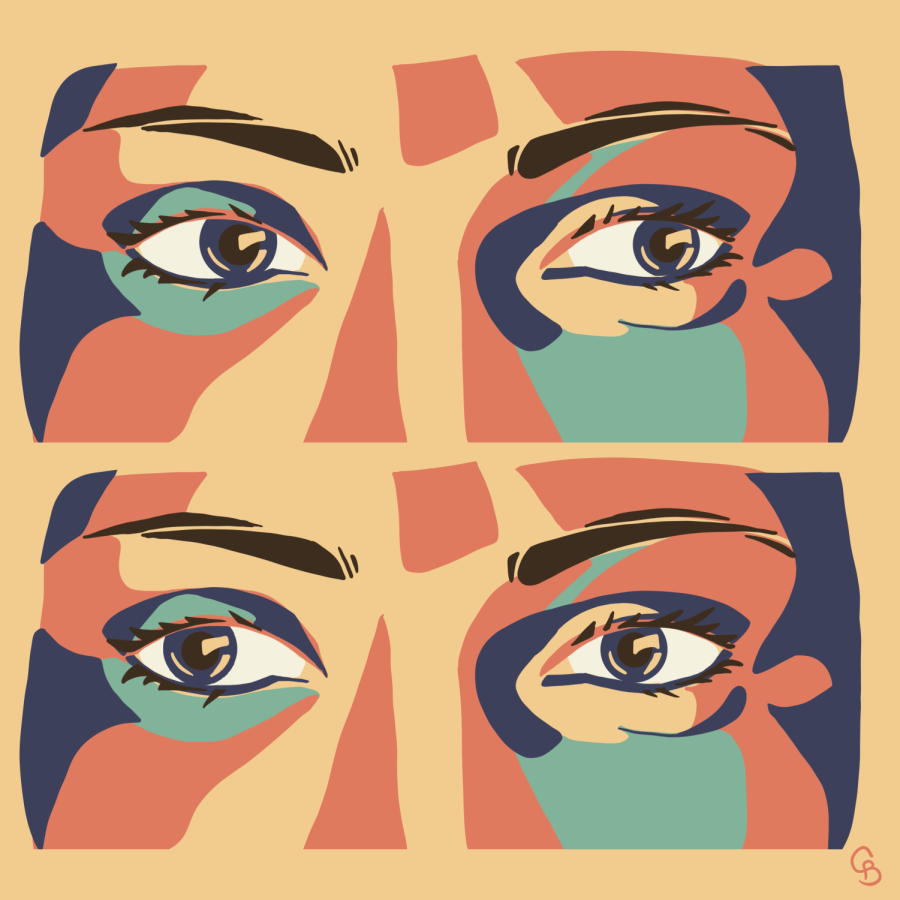 The “male gaze” is a phenomenon that has recently gained a lot of acknowledgment from feminist communities. Very often, these communities focus on this issue as it pertains to and impacts women, with little to no regard for how it may negatively impact men. Just like misogyny, the “male gaze” is built around an internalized inferiority complex of westernized, feminine traits in relation to their westernized, masculine counterparts.

Since men can, and often do, possess some stereotypically western traits of femininity, they are completely susceptible to the negative effects of the “male gaze.” Unfortunately, their experience in regards to the dangerous implications of the many forms of misogyny goes consistently underrepresented.

Men who do not live up to the masculine standards of Western society are emasculated or stripped of their male identity and held with contempt by this patriarchal society.

If a man does not display the attributes found in the media’s portrayal of manhood — that is, muscular, tall, wealthy, powerful, emotionless-yet-angry — then they are seen as the very thing society taught them to hold in contempt. This phenomenon deteriorates male self-esteem in the same emotional, intellectual and physical ways it does to women’s self-esteem.

A less-frequently discussed manifestation of the “male gaze” in media is the masculine man. He is tall and muscular, or he is wealthy and powerful, or he is intelligent and arrogant. He does not get consumed with emotion unless, of course, that emotion is sexual desire or anger. There is certainly more emphasis and value on his personality, as long as his character reflects power and masculinity.

This overrepresentation of the “ideal” man is problematic because it projects a toxic and narrow idea of manliness onto men. The representation of the type of masculinity we see in the media shapes our opinion of what it ought to be. The internalization of these stereotypical male traits is hard to reverse in a society built on patriarchy.

Above all, this representation of western masculinity is unrealistic because men are capable of being emotional, soft, delicate, graceful and refined — all traits a Google search will correlate as synonymous with the word feminine. The fact that these general human traits are directly correlated with western femininity illustrates that the media has skewed our constructs of men and women.

Men have other personality traits that do not sit within the four walls of westernized masculinity. In fact, I would like to suggest that Jesus displays some of these stereotypically westernized, feminine traits. Jesus washed his disciples’ feet, a humbling act of grace.

Biblically, Jesus was very in touch with His emotions — “And Jesus wept” (John 11:35). When Lazarus died, Jesus was overcome by emotion.

Jesus not only cried because he lost a friend, but he also cried for others grieving Lazarus’ death. Jesus knew he would bring Lazarus back to life, so while he was sad that Lazarus was gone for a short time, most of that emotion was for Lazarus’ bereaved family. This display of emotion is great because it showcases a type of emotional intelligence and awareness that is oftentimes not represented in westernized illustrations of masculinity.

Once we become aware of the “male gaze” and how it negatively affects all humans, it is natural to want to change that. I have noticed people often falling into the trap of attempting to internalize the “female gaze.”

I understand why the “female gaze” might feel like a good solution. When you come to the realization that you have been internalizing a “male gaze” that objectifies you or emasculates you, it is tempting to try to reverse that. Unfortunately, the “female gaze” is also problematic. The “female gaze” puts an emphasis and value on femininity over sexuality and masculinity.

While the “female gaze” can be helpful for men and women who identify with more feminine traits, the helpfulness ends there. In reality, every individual is multi-faceted.

No one possesses only the westernized versions of feminine, masculine or sexual traits. It is much more common for someone to possess a variation of those traits.

We are all capable of being strong, powerful, emotional, nurturing and sexual, regardless of our gender. We should be allowed to express all of those traits without being devalued.

Jesus was strong enough to bear the punishment for the sins of all of mankind, requiring an unending amount of strength and vigor that all Christians — regardless of gender — should strive to emulate.

“Male gaze” and “female gaze” media is a phenomenon that continues to threaten any progression in the fight against misogyny. Not only do these narratives crush the self-esteem of men and women everywhere by stripping them of their gender identities, but they also dishonor God. When we decide to dictate the identities of God’s creation, we abuse our gift as mediators.

As Christians, we are called to be an example and to reflect God’s grace and humility. When we try to authorize the aspects that make people who they are, we lose all humility. At that point, we confuse our role as mediators with God’s role as creator. Moving forward, Christians need to stand up together and assert God as the only thing capable of defining His creation.