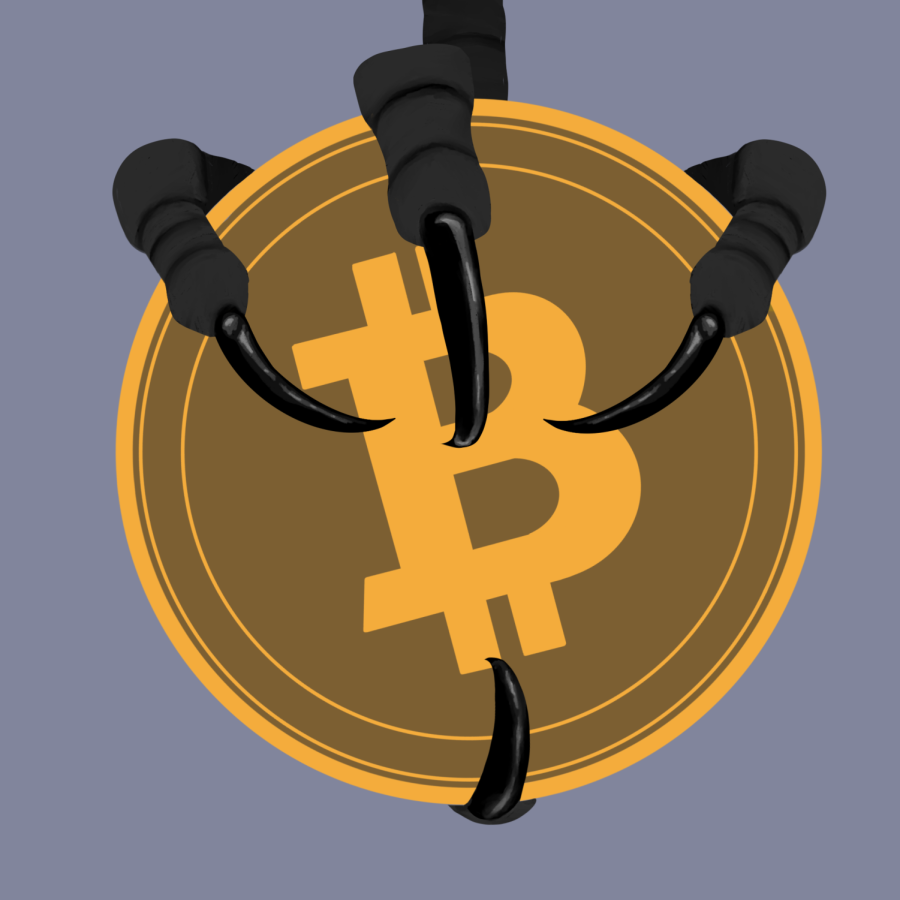 El Salvador officially became the first country in the long line of those waiting to be approved to make Bitcoin their national currency. As more and more countries follow suit, the Capstone’s investigative reporters have uncovered a conspiracy.

Satoshi Nakamoto, the presumed creator of Bitcoin, has always been an aloof individual. However, when one of our reporters stopped him as he left his local bank, the fake human mask slipped, giving the reporter a glimpse of black feathers underneath his trenchcoat.

After this interaction, we launched an investigation into the true motivations of Bitcoin and its endorsers. Though the investigation has been active for months, we finally have enough information to release the results.

It seems as though a crow coalition flocked together in the mid-2000s to discuss new ways of acquiring more shiny trinkets and coins. One crow suggested convincing humans to trade in their coins for the crows’ most abundant possession: nothing. Over the last decade or so, they devised a plan on how to effectively market and sell nothing.

By 2013, the plan was seemingly flawless. The crows amassed a following consisting of everyone with a particular personality type, similar to pretentious and judgmental vegans who think they’re better than everyone else, as their free advertising army. Then, in 2021, the crow coalition gained control of the entire nation of El Salvador and adopted Bitcoin as their national currency. The crows were given their pick of the national coffers, leading to the considerable growth of many nest hordes.

Now, many businesses, organizations and countries are making the switch and handing their coins to the crows. Some rumors suggest Westmont may be next, requiring students to pay their tuition with cryptocurrency. However, as the crows demand more and more shiny coins for their sought after “nothing coin,” some of the flock are now seeking recognition for their digital sensation.

This small sect of the worldwide murder wants to relabel Bitcoin as Crowcoin. The change would more or less confirm their role in the creation of Bitcoin, as well as reveal some of their intentions behind the program. Supporters of the switch to Crowcoin claim, “it’ll be funny to see their faces when the crypto-geeks realize that crows are behind the ‘most brilliant piece of cryptocurrency technology.’”

Tensions continue to rise in the crow community over this issue; only time will tell which crow will come out on top.