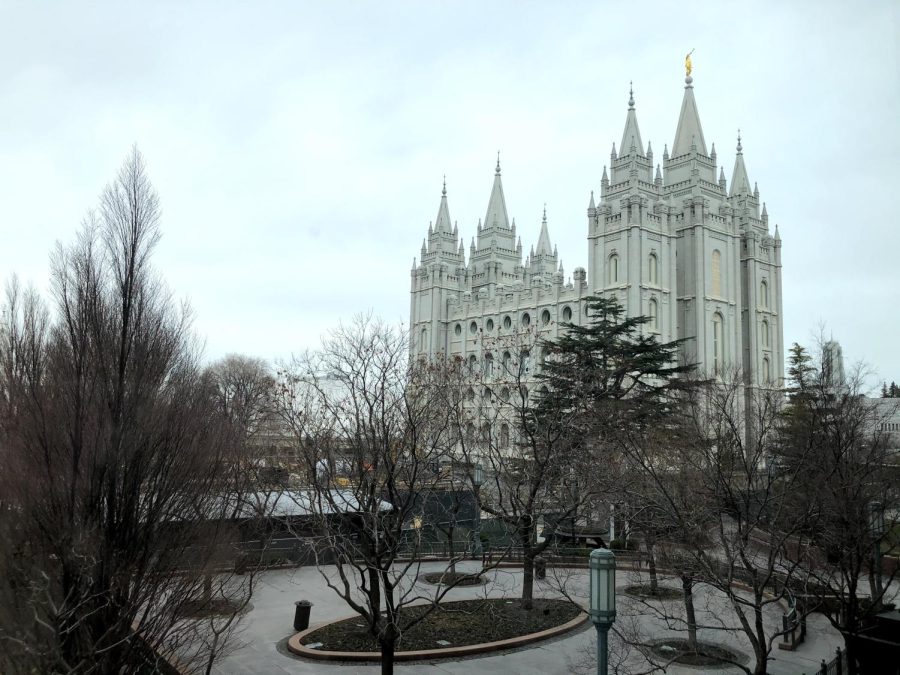 For more than a decade, groups of Westmont students have traveled to Salt Lake City over spring break to engage in interfaith dialogue with Latter-day Saints (LDS) at universities in Utah. Partnering with former-LDS Westmont alumni Greg Johnson, the Salt Lake City trip is a student-led initiative that has taken various forms throughout the years. This year, senior religious studies major Bella Scott will lead the trip.

Religious studies professor Dr. Telford Work — the trip’s unofficial faculty advisor — explained that “preparing for [these dialogues], training for them, and debriefing from them gives Westmont students a real chance to examine both another tradition and their own.”

Both Work and Scott highlighted the way critical thinking is exercised in the dialogues that take place on the Salt Lake City trip. Work noted, “I’ve seen Westmont students challenged by the sheer otherness of Mormon belief and life, and what they’ve had to rely on was critical thinking skills.”

Encountering a worldview entirely different from one’s own, Work explained, is “a fundamental, deep challenge.” He added, “Again and again, I’ve seen the challenges come at that level, and I’ve seen Westmont students rise to it.”

In the midst of the challenging conversations regarding faith, Scott contended, “You learn how to hear people — you learn how to hear them well — and then you learn how to think critically in such a way that you may be able to come together to find a conclusion about something … That can be applied to absolutely every relationship that you’ll ever have from here on out, for the rest of your life.”

With a compassion for the individuals behind the title “Latter-day Saints” that began in high school, Scott hopes to emphasize “digging into [the question] ‘Who are these people? … “Not ‘Who’s the group?’ Not ‘Who’s the religion?’”

To foster this personal connection, Scott explained her hope to have more casual hang-out times with LDS students, “doing really mundane things … having a time of dialogue about whatever you want.” She recognized that “[sharing] life together, [or sharing] a meal together [is] very New-Testament: it’s very embodied in the way that Jesus did mission.”

In sharing how members of the LDS community in Utah have been impacted by Westmont students, both Work and Scott highlighted the impact of Westmont participants modeling Christian prayer. According to Work, “When we pray — when they see us pray for them — for a number of them, that’s paradigm shifting.”

Scott explained, “Latter-day Saints … don’t really pray the way that Christians do, immediately lay[ing] hands and tak[ing] action … it’s shocking to them, but in a good way.”

In an email sent to Scott, one LDS student wrote that she “strongly felt a holy envy” when she witnessed one of the Westmont students praying “for another participant’s brother, who she had mentioned was struggling with depression.” According to the LDS student, “She gave one of the most loving and passionate prayers I’ve ever heard, and I felt God’s love and the Holy Spirit so much. I was so impressed by … how comfortable she was praying publicly for people she had never met. I felt envious of her testimony and love for her beliefs, and although I was so impressed by her, I definitely felt myself wishing our church used prayer more like she did.”

In addition to interactions with Latter-day Saints, the trip gives students a chance to interact with the Christian community in Utah. According to Work, “We stay on the floor of Salt Lake Christian Church, which is a pentecostal church with eight ethnic congregations because Salt Lake is a gateway city for refugees and immigrants. We see a partnership … of ethnic congregations that they have there.”

As a whole, the Salt Lake City trip exposes Westmont students to both geographical landscapes and intellectually fertile grounds. Work noted, “We want to plant seeds and see what God does with them over the years.” Through both structured and unstructured interactions, Work observed, “That exchange is really fruitful and really illuminating for all sides … Each community will get a better picture of the other than they had.”