Practical steps toward bipartisanship in a divided nation 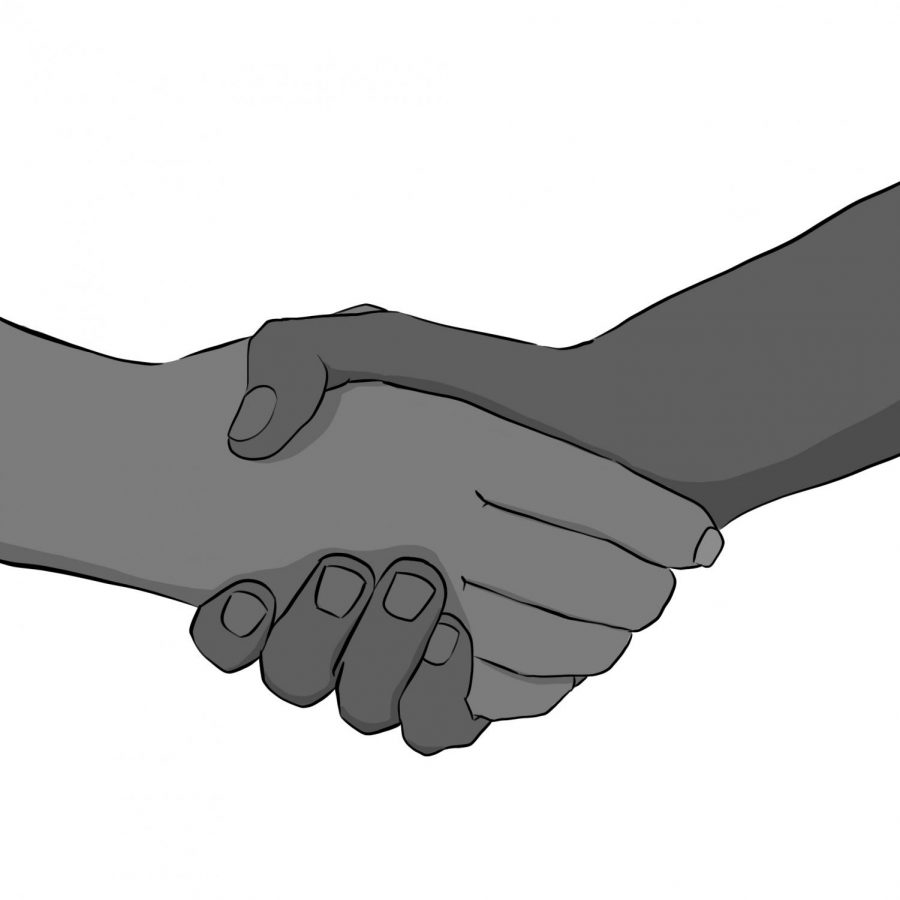 The modern political atmosphere is tense, confrontational, and reactive. People insist that their opinion is correct and seem incapable of listening to the other side in order to have productive conversations. As a result of polarization, it has become excessively difficult to get any work done in the government. While participation in government and politics is necessary for a healthy democracy, the amount of polarization that has arisen because people refuse to listen to each other is detrimental to actual progress being made.

While there is a general consensus that one ought to be educated in a political opinion to be taken seriously, society needs to reevaluate what it means to have an educated opinion. Currently,  people get their news from one source, usually without fact-checking what is said. However, mainstream opinionated media is often taken as objective news; this twists what people believe because they believe they are consuming unbiased content. For example, Buzzfeed and Daily Mail are not reliable news sources and often are editorials, but they can be consumed similarly to accredited news sources. This causes the public to perceive what is being said by these editorials as fact instead of opinion, strengthening polarization.  By consuming one source of information, especially if said source is editorialized and falls under the category of “info-tainment,” people only learn opposing arguments in a defensive manner and do not gain an understanding of the entire position. It is not enough to know the arguments of the other side if they are only shown to strengthen your own. When arguments are consumed only for the purpose of creating a counterargument, the original argument is presented in a negative light and will be processed in a biased way. It is not enough to get your news from one source or to think you know the complexities of a certain issue without actively trying to understand the other perspective.

The first step towards a more productive and humane political arena in this country is to not only have fully educated opinions by being informed by multiple news sources, but also to understand the logic of the other side’s opinion. The best litmus test for checking if you have received and understood an issue or topic in its entirety is to be able to say at least one good point the other side makes. If you are able to recognize the logic behind the other person’s view, and possibly even agree on some parts of it, it indicates that you sufficiently and thoroughly appreciated the issue, and comprehended the complexity of it.

Politics is subjective; because of this, polarization arises. This phenomenon is seen more today because more people are interested and actively participating in government. While this is necessary for a working democracy, we should promote bipartisanship and depolarization so that our government and society can engage in productive conversation and actually get work done. In order to do this, people must get their news from several sources, so that they are able to understand the complexity of a topic and comprehend the logic of opposing opinions.