Why is modern art so hard to understand? 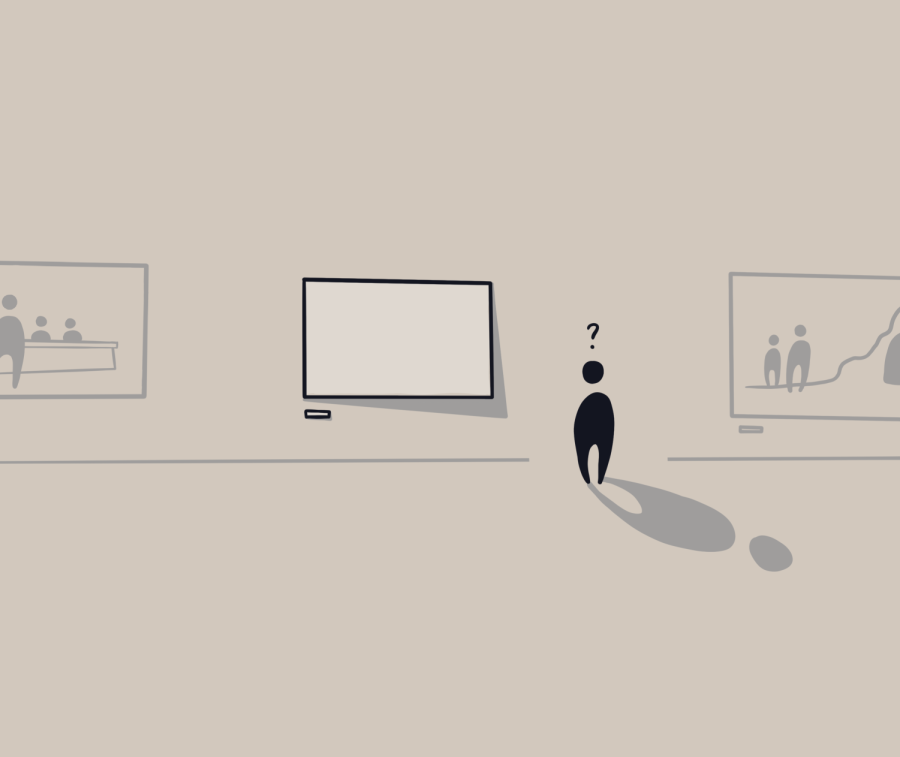 Modern art annoys me from time to time.

I can look at Raphael’s “The School of Athens” and instantly understand the point: a massive collection of thinkers culminating in the High Renaissance, symbolizing the immense expanse of wisdom and learning reincarnated through the figures of famous mathematicians, philosophers and countless other, important thinkers.

Then, I look at Gerhard Richter’s “Abstraktes Bild (809-1)” — which, might I add, sold for $34 million — and wonder what Richter attempts to sow into the souls of those pondering the deeper dimensions of his work. Turns out, we just need to understand the history behind the work and the culture behind modern art in order to get a glimpse of the full picture.

By history, I don’t mean the historical implications of the work, but the history behind the work itself. Take “Abstraktes Bild (809-1).” Richter made many abstract jewels throughout his career, but none of them seem to conform to the same style. They all carry a different aesthetic to them, whether it be color, size or shape. Richter’s urge to move away from similar elements in his paintings can mean any number of things, but his past might reveal a few possibilities.

Richter grew up in Communist-controlled East Germany. What can we infer from this? He is probably against a single, ruling ideology. The differing elements of his works reflect dissatisfaction with a single way of approaching abstracts. His explanation is not necessarily the correct way to interpret Richter’s work; art is meant to be subjective to some degree. Richter’s past could mean a plethora of different things for his work. This is just one interpretation.

On the other side of modern art’s exceedingly clandestine nature lies the cultural impetus under which the work whooshed into existence. When talking about his piece, Richter said his work “should by all means be smarter than me … They have to be something that I no longer understand entirely.” The contemporary culture of art, as Richter puts it, is countercultural. There is no concrete platform to understand Richter’s abstracts. Richter does not even necessarily know what his painting means.

Art in the High Renaissance celebrated the combination of gathered wisdom and explored knowledge. The majority of all works of art followed similar models and color schemes. The Renaissance focused a microscopic lens on a singular vision, the culmination of wisdom and knowledge and its rebirth. Today’s culture delineates: art is not meant to mean the same thing to everybody. That’s the beauty of it. Art is what you make of it.

Richter’s abstract defies the very conceptions of past artistic masterpieces. It goes against the very nature of art and launches an existential thought bomb of indescribable meaning towards what the concept of art is.

Richter’s abstract goes against art’s preconceived notion that it must express a deep, emotionally grounded purpose. Ironically, Richter promptly expresses emotion by fighting the stereotypical route of imbuing his craft with emotion. Challenging the art of subjectifying creativity also elicits a vicarious emotional response for others with similar sentiments. The counter-cultural roots of Richter’s design strike a cord by doing everything to not strike a cord.

As depicted in Richter’s work, I don’t think modern art is meant to be viewed under the same guise as the Renaissance. Its meaning is not so vibrant and in-your-face as with Raphael.

Modern art applies a subtle approach to its purpose that challenges the ways in which we think about art itself.

Raphael paints an ornately detailed opus magnum without any fault. Every last drop of paint goes towards embellishing the essence of that era’s perception of ultimate human flourishing.

Artists like Richter strive to find perfection in the imperfect. There is no rhyme or reason to any of the abstract paintings Richter makes. He steps away from the art of perfection and delves into creating works that, like much of modern art, fights against the social norms of the world to find beauty in what remains shrouded behind a foggy barrier of arcane mystery.