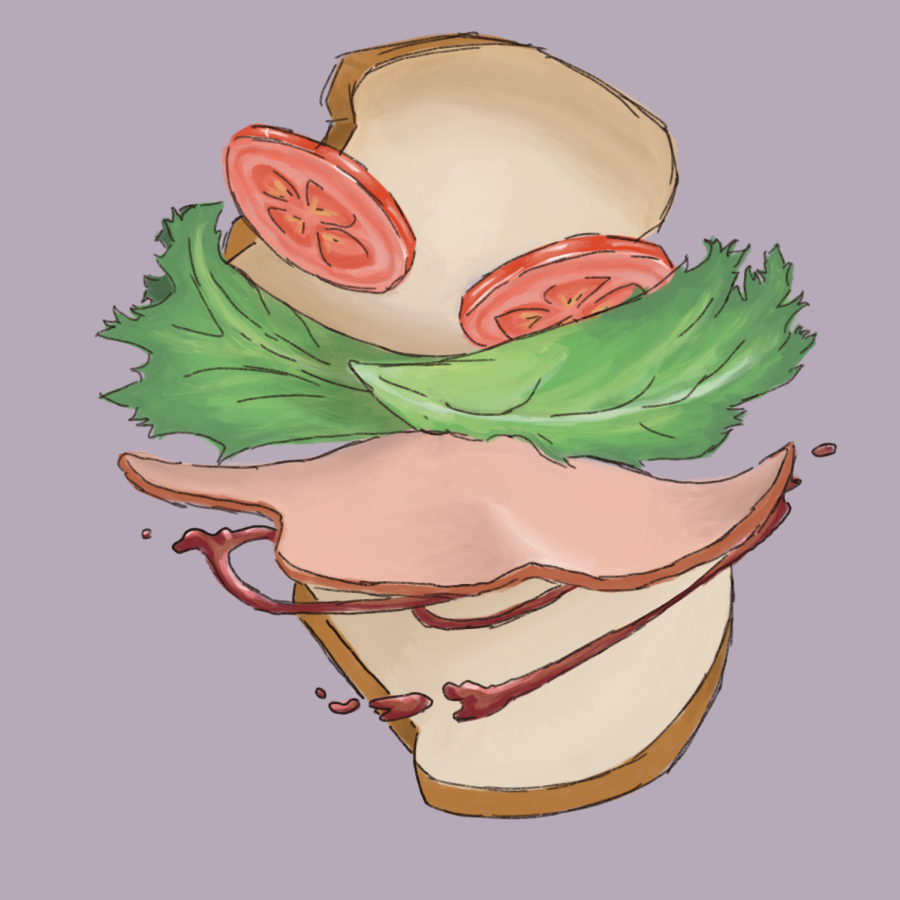 Convenience. Cold cuts. Culture. We Sand-Witches have our reasons for making magic happen in our little corner of the DC.

If you aren’t already curious about this majestic corner, perhaps it’s time to grab a few friends and go experiment. I have compiled some suggestions below to keep you from feeling intimidated or overwhelmed.

Often, the simplest sandwich is the best sandwich. Here is one introductory DC sandwich that never fails:

Bread: Sourdough
Toppings: turkey, ham, lettuce and tomato
Sauce: pesto
Once the sandwich is built, spread mayonnaise on the outside and slide into the panini press.

Some DC sandwiches rely on ingredients that rarely make an appearance. If the DC ever has scalloped potatoes, don’t miss an opportunity to make:

“Wheat bread with sliced turkey, scalloped potatoes and spinach — with mayo on the bread, of course.”

Gabriel Farhadian introduced me to this one, and it has since become a go-to of mine:

“40 grams of carbs and 20 grams of protein at the desired post-workout ratio of 2:1”

Use the oven to melt Swiss cheese on tuna salad.
Toast two slices of bread.
Salt and pepper the tuna salad.
Put tuna salad onto the toasted bread, and enjoy.

Just as Elvis had his weird, gross and wrong sandwich, some of Westmont’s on-campus celebrities have their own:

Will Grubbs’ “THE PERFECT DC SANDWICH”

Bread: two slices of wheat or sourdough, “Don’t even speak about white bread, that stuff is cardboard.”
Sauce: Apply pesto aioli on one slice, chipotle aioli on the other
Toppings: three to five slices of turkey, three slices of provolone cheese
“Slap it together”
Use panini press. “Press down hard.”
While panini presses, mix oil and vinegar in a 4:1 ratio in a bowl with salt and pepper
Remove panini, applying two tomatoes, pickles, onions, spinach
“Cut horizontally, dip in the oil/vinegar and enjoy!”

A solid sandwich, Will! If cutting horizontally sounds a little crazy, try this one on for size! Warning: Origami is involved.

Toast two pieces of bread “on BOTH sides.”
Slice banana while waiting.
Spread PB&J on both sides of the first piece of bread, but only one side of the second.
Fold your first slice of bread in on itself, so that the left side matches the right, creating a pocket.
Tuck banana slices in this pocket, the PB&J will glue the sandwich together.
Now place banana slices on the outside of this slice.
Gently fold your second piece of bread on like a winter coat.
“Add bacon snagged from breakfast if desired.”

These are only a few of the sandwiches I have encountered over the week, but there are so, so many Westmont students with passionate sandwich opinions.

One of the week’s most interesting interviewees was frequent Sand-Witch culture critic Lillian Robinson, who reflected on the difficulty of crafting a truly beautiful sandwich with the creative restraints put on sandwich artists.

Additionally, I would recommend hearing A&E’s own Eva Moschitto banana wax poetic about pepperoncinis once in your lifetime.

There is so much to be excited about in Sand-Witch culture, and this is just the tiniest taste. If you really want to be great at sandwiches, go observe the witches in their natural habitat. We won’t mind. If you think you have a truly great sandwich, please send the recipe to kperez@westmont.edu. I look forward to hearing from you.