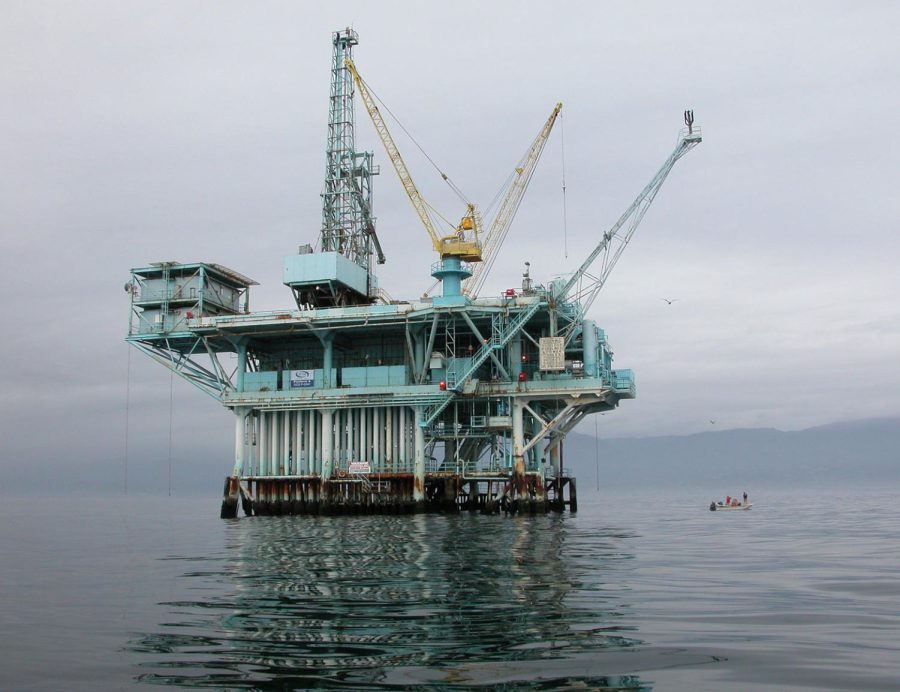 According to local media reports, eight oil platforms located off the coast of Santa Barbara and Ventura counties are to be shut down over the next 10 years.

The introduction of a decommissioning report published by the federal Bureau of Safety and Environmental Enforcement (BSEE) in early February 2022 was the catalyst for this recent policy change. These eight are the first of 23 platforms expected to be decommissioned nationwide. Initial estimates in 2020 projected costs to exceed $1.6 billion.

The closure of these oil platforms is significant for Santa Barbara County because many of them have existed off the coast for over 50 years. Platform A, “Irene,” and three ExxonMobil platforms — “Heritage,” “Harmony,” and “Hondo” — are among those platforms planned to be decommissioned.

A process known as “well-plugging” has already begun on several of the platforms. Well-plugging involves installing mechanical or cement plugs in the well at certain intervals to inhibit the future flow of oil.

The question of offshore oil rigs has been historically controversial in the Santa Barbara area. In 1969, Santa Barbara experienced what was at the time the largest oil spill in American history. Today, it ranks third-largest, behind the infamous Deepwater Horizon oil spill in the Gulf of Mexico in 2010, and the 1989 Exxon Valdez oil spill off the shores of Alaska.

The 1969 Santa Barbara oil spill sparked global attention and led to severe economic repercussions, namely a significant drop in California’s fishing and tourism industry. In response, a movement formed known as “Get Oil Out!” This movement has fought to decommission the oil platforms since.

Dr. Beth Horvath, professor of biology at Westmont College, spoke to the ecological questions and ramifications regarding the closure of the oil platforms. “A lot of people want to see [the oil platforms] disappear. The bigger issue now is that some of the platforms have been there for so long, that there are now substantial ecosystems that live off the platforms,” Horvath said.

Among advocates who want all platforms shut down, many cite evidence of oil companies continuing to pump oil until they’re bankrupt. The result is a possible continuation of drizzling contaminants into the surrounding environment. This natural seepage constantly featured on some California beaches for many years.

However, many environmental advocates have shifted their views in light of the substantial man-made reefs that have resulted due to the longevity of the oil platforms’ presence in the area. If the platforms were removed decades ago, there would be little environmental controversy regarding their removal. However, numerous organisms have benefited from man-made reefs, including invertebrates such as sea anemones, fish and hydroids. Even organisms without direct connection to the reefs can be adversely affected by the loss of marine life associated with the man-made reefs should the oil platforms be removed.

Another pressing issue regards the chance of an oil spill. Individuals against the removal of the oil platforms say this possibility should be factored into the equation, no matter how unlikely the scenario.

The BSEE faces three choices: remove the platforms and all of the sea creatures, cut off the platforms at 85 feet to ensure that elements connected with the reefs stay in place, or keep the platforms in place and intact. Regardless of the decision made, many individuals concerned about the ecology of the surrounding area are relieved that most of Santa Barbara’s offshore oil industry appears to be fading out.