The life and history of Alice Keck Park 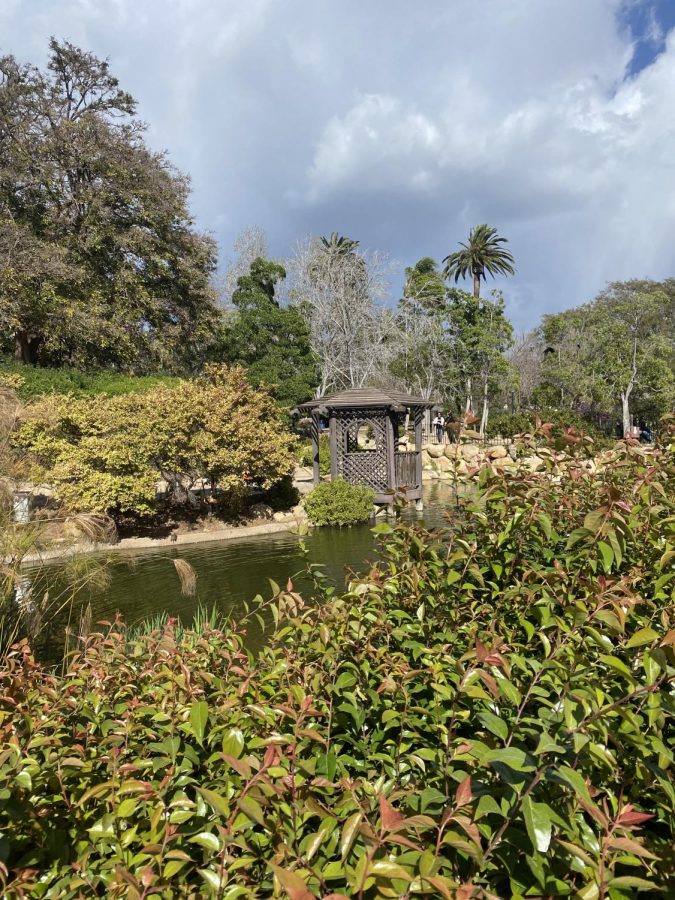 Alice Keck Park Memorial Gardens, a crown jewel of Santa Barbara, is nestled between Micheltorena St. and Arrellaga St. The park itself spans an entire city block and contains a variety of distinctive gardens, including a butterfly garden with plants for moths and butterflies as well as a park for individuals who are visually and physically impaired.

The horticulture garden houses a diverse range of plants that follow seasonal succession with a great variation of textures and smells. Each species of plant in the garden has been chosen with an awareness of what will thrive in the Santa Barbara climate.

Visitors to the park enjoy the sweet smell of blooming flowers and watch the ducks and turtles in the pond. Streams run through the park, gurgling away the sounds of the city as they wind along pathways bursting with color. In the center of the park lies a peaceful sitting spot atop an old stone sundial, the perfect place to stop and listen to the wonderful sounds of the garden.

Alice Keck Park is located across the street from the popular playground ‘Kids’ World,’ and from there, visitors can take a short stroll to Santa Barbara’s downtown shops and restaurants. Children can often be heard playing on the playground at ‘Kids’ World’ while couples stand under the shady gazebo overlooking the koi pond at the park.

The design of this serene park is in accordance with the wishes of the donor, Alice Keck Park. Long before Park bought the land, the city turned the property over to a private owner in 1868, who kept the land vacant until 1904. That year, it was purchased by Christian Herter, who used the land to build an Italianate house that faced Micheltorena Street.

Following her death in 1913, Herter’s son and daughter-in-law inherited the house, converting it into a charming hotel — El Mirasol. As a team, they built guest cottages along the three sides of the block that enclosed a large central garden.

The hotel became known for housing distinguished guests, especially New York businessmen. By the 1960s, the mission-revival-style hotel was devastated by two fires, leading to its demolition in 1969 and the subsequent sale of the property.

In 1970, the Santa Barbara Museum of Art acquired the property to expand its institution. However, it was later decided that the museum was to remain on State Street.

After five years of sitting on the market, Alice Keck Park purchased the property from the Santa Barbara Museum of Art in 1975 and donated it to the city of Santa Barbara as a park in perpetuity, explaining that the property must become a park that displays a rural feeling. Funding the development, Park allowed the Santa Barbara Botanic Garden to select a landscape architect to plan and execute the construction of the garden.

On May 13, 1980, the park was finished as a memorial in remembrance of Park’s death. Her identity as the donor for the construction remained unknown until after her death. After this discovery, the city decided to name the park in her memory. Unfortunately, she was never able to see the finished park, but she left a lasting legacy for the city of Santa Barbara.

Students from Westmont also come to enjoy the park. Santa Barbara native and third-year psychology major Jenna Peterson reflected on her childhood at the park: “I’ve always enjoyed the park ever since I was little. Now that I am no longer a child, I go to the park to read, picnic, do journaling or devotionals.” She says the park is a perfect place for Westmont students to decompress, explaining, “the variety of plants … facilitates a creative and restful atmosphere that I love.”

Nowadays, families and couples alike enjoy the reflection of clouds on the pond and walk through the seasonally shifting variety of plants along curving pathways. Alice Keck Park Memorial Gardens welcomes tourists and locals to relax in the peaceful tranquility of the Santa Barbara weather.