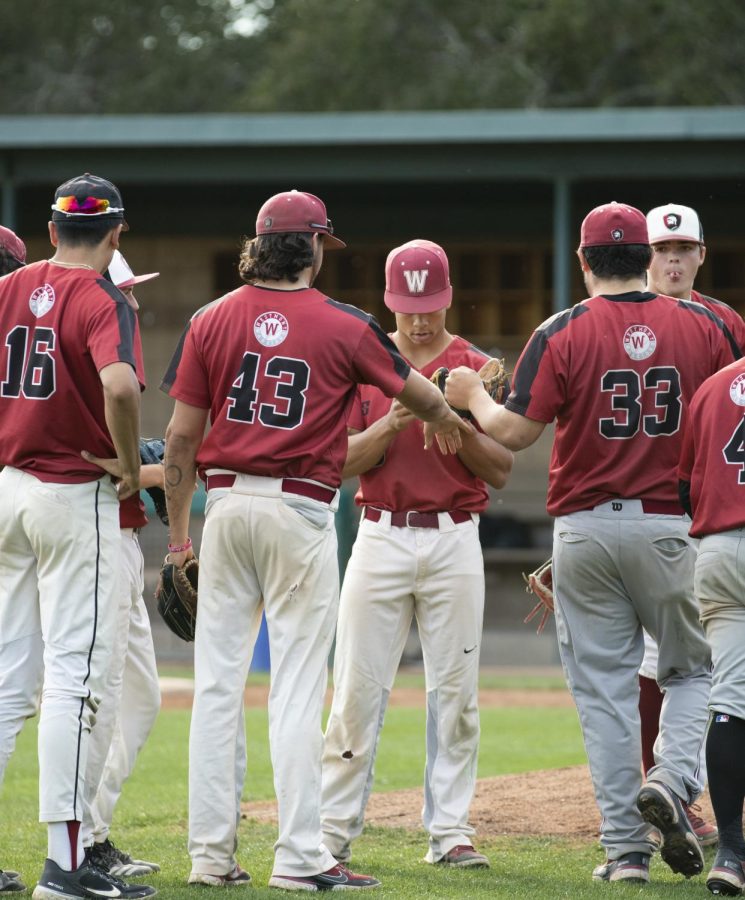 Westmont baseball are hoping for a far run in the second half of the season!

The Westmont men’s baseball team has had quite the season so far. They currently hold a record of 22 wins and two losses.

Adding to the statistics, the team has recently returned from traveling on a four-game joyride sweep. On Friday, the team will head out for a trip to Glendale, Arizona where they will face Arizona Christian University.

Men’s baseball is optimistic and fired up for the chance of another weekend of wins, but that doesn’t stop them from staying locked in at practice and taking care of their bodies to maximize their ability to perform well.

As fans gather for home games, there are a noticeable number of new faces. The baseball team received multiple transfers and 12 first-years over the past year, all of who are keeping up with the collegiate pace and team chemistry. Whatever the coaching staff is doing for the rotation and practice, it seems to be working well!

Team leadership comes not only from the coaching staff, but also the players themselves. Although each individual has a different voice, the captains have made the most significant impact on the success of the team. Chad Stoner, Robbie Haw, Paul Mezurashi and Simon Reid, have been an integral part of the team performance and dynamic, and they each have a different leadership approach.

Haw doesn’t ask for much, but sets a respectful and easy-to-follow example.

Stoner knows how to connect with players on and off the field, building respect and community among the team.

Mezurashi has been with Warrior baseball long enough to gain knowledge about the game through experience with different players and coaches, which helps the team understand differences and improvements.

Reid has been a phenomenal asset by firing the team up with his expansive knowledge of the game and providing a great athletic example for players looking to step up their game.

Fourth-year pitcher Cameron Phelps explained the need for captains on this team: “The different components each captain brings to the team are extremely respectable and beneficial for this season and our wins.”

As the team stands together on and off the field, they hope to stay healthy throughout the rest of the season so all teammates can get their chance to taste the sweetness of victory.

Third-year pitcher Zac Bridger shared about the game they’re most excited for as the season continues: “We’re definitely excited to play Vanguard [University] the most at the end of the year, but there [are] a lot of pivotal series before then, since we will have a target on our heads when the rankings come out tomorrow.”

As Westmont baseball fans continue to show up to home games, there is no doubt the stands will soon be filled with not only students and families, but professional baseball recruiters scouting for players with a  potential future in baseball.

As a community, we are excited to see how this season progresses and any new opportunities that arise for each player on the team.