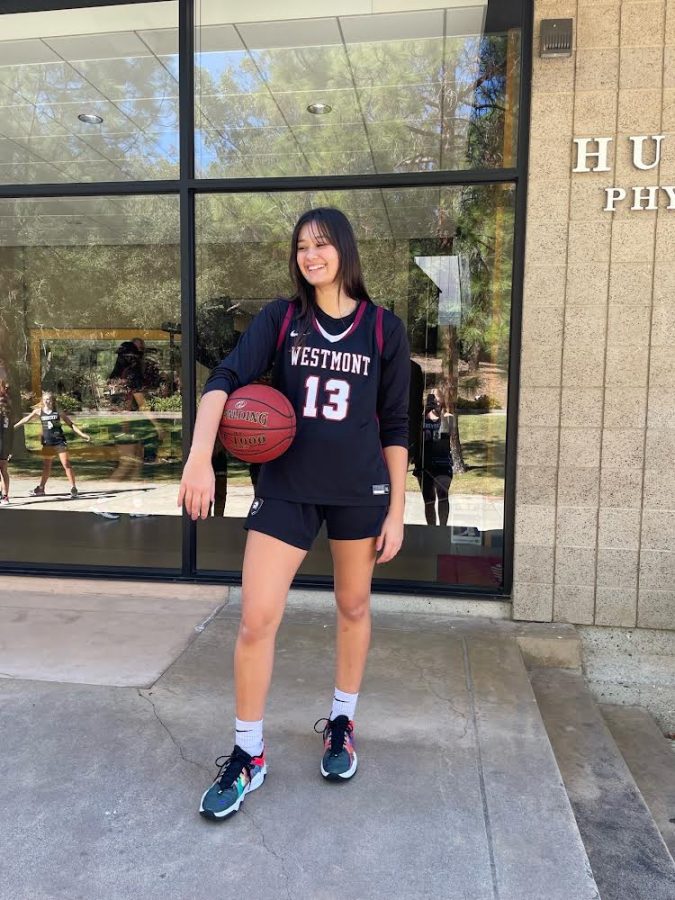 Number 13 on the women’s basketball team has made quite the name for herself here at Westmont. Fourth-year kinesiology major Gabriella Stoll has been at Westmont all four years and has added dedicated spirit to the Westmont community. Both on and off the court, she takes pride in her accomplishments, which permeates the leadership on her team.

Stoll was born and raised in Murrieta, California. Basketball has been a significant part of her life, as she started playing when she was just five years old. Even at this early age, she knew she wanted to pursue a collegiate career playing basketball and that it would be an integral part of her daily life.

The Westmont community significantly influenced Stoll’s decision to play basketball at the collegiate level. While reflecting on her first time visiting Westmont, she said, “I came on a visit here and loved the environment and the community. When I visited, I could really tell that the team loved each other like family, and that was really important to me. I was also really excited about the kinesiology program that Westmont offered.”

Both academics and athletics are important to Westmont athletes, as they strive to be the best students they can while also working hard to represent Westmont Athletics well, and this is no different for Stoll.

As the first in her family to get a college degree, academics quickly became a priority for Stoll. She shared, “Playing college basketball was always a goal of mine. My parents didn’t graduate from college and I am the oldest of three kids, so I will be the first one in my family to get a college degree. Once I found out that I could use basketball to achieve my goal and that it was a possibility for me, I knew I wanted to pursue it.”

As Stoll is the first to graduate college in her family, being a successful basketball player is an additional achievement to be proud of. Stoll also credits her dad as the most influential person in her life. She commented, “He is the one who taught me how to play and still likes to coach from the side every chance he gets.”

The ‘22 season has proven to be Stoll’s best season yet, with a high of 21 points in a game against Life Pacific University. With a cumulative total of 658 points after four seasons, she has made a significant impact on the team and has been a vital player to the team dynamic.

It will be a bittersweet moment when Stoll finishes her time at Westmont. There is no doubt she will continue to make an impact wherever she ends up after graduation. Stoll thanked the Westmont community and said, “There really is no other team like the Westmont women’s basketball team. These past four years have taught me a lot, and I have made so many memories and lifelong friendships that I am so grateful for.”

For first-time graduates and aspiring student athletes, Stoll has made her mark, both within the Women’s Basketball team and throughout the broader Westmont student body.