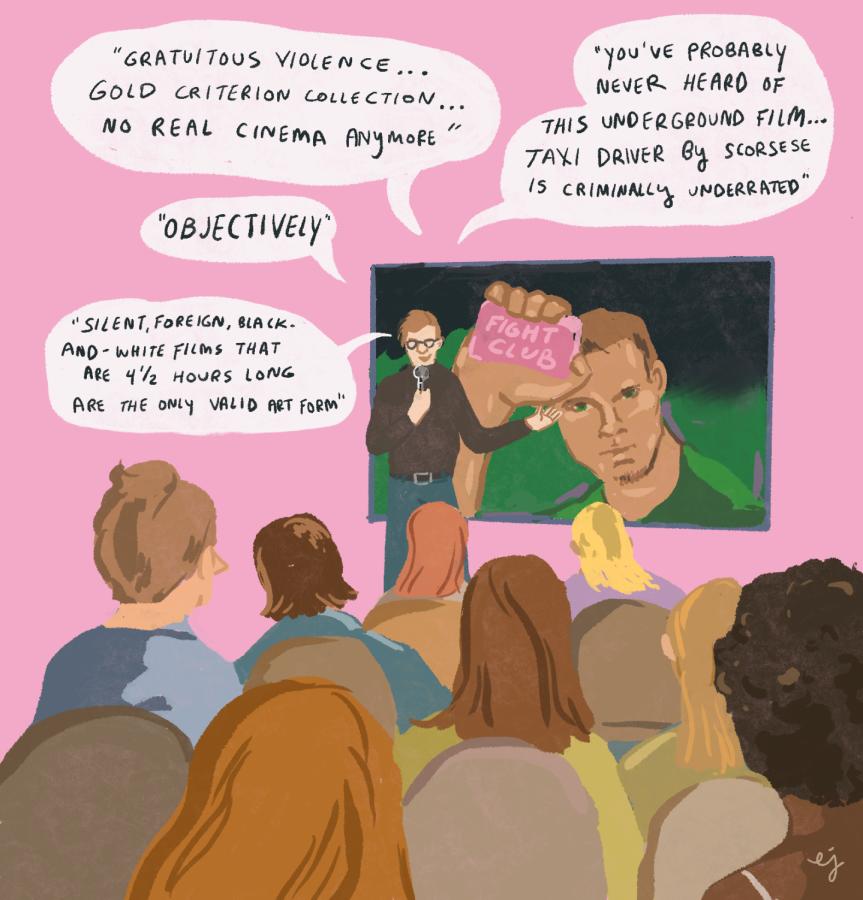 I had a lingering feeling that Matt Reeves’ “The Batman”  — which follows the rugged DC superhero as he pursues the Riddler and discovers the corruption of Gotham City — was “male territory.”

Before I went to see the film, four male friends told me it was just decent, nothing terrible but nothing to write home about, either. They critiqued the dialogue, Batman’s characterization and more.

However, as I watched, I was immediately impressed by how Robert Pattinson transformed Batman from the more passive, simplistic superhero played by Ben Affleck to one that was nuanced and captivating. “The Batman,” to me, had a perfect tone and pace supplied by a moody score and genuinely interesting plot. Batman took on a more active, investigative role, which, in turn, heightened my investment in the story.

However, I started to question my own positive reactions to the film. I doubted my taste in film and ability to discern a great film from a good one.

I realized my own experience of the film was mediated by the stances of “Film Bros” — a term used to describe usually straight, white, cis-gendered men who believe their “expert opinions” on any film to be objectively correct.

Film is a subjective and highly dynamic art form that is not exclusive to any particular social group, yet female public opinion on films is often determined by the opinions of male reviewers, amateur and professional. According to a 2020 study by Dr. Martha Lauzen, founder and executive director of the San Diego State University Center for the Study of Women in Television and Film, “men comprise 65% and women 35% of all film reviewers.”

Film Bro culture as well as the film industry in general is dominated by the male gaze. According to acclaimed media company gal-dem, “straight cis men tend to see films directed by men as be-all and end-all cinema, and even tend to weaponise them against people who don’t like them.”

Take the success of Christopher Nolan’s 2008 “The Dark Knight,” for example. It is 94% Certified Fresh on Rotten Tomatoes and has a 94% audience score, which is the concluded percentage from over 250,000 ratings. However, Film Bros love the movie not only because it’s directed by Christopher Nolan, but because it apparently “deliver[s] the most possible realistic representation of a superhero,” as Guillermo Kurten wrote for screenwrant.com. How could it not, with a male-dominated cast and crew, starring Heath Ledger, Gary Oldman, Christian Bale and directed by Nolan?

Films like “Hustlers,” “Lady Bird,” “Portrait of a Lady On Fire,” “Promising Young Woman” and “The Favourite,” as well as other Greta Gerwig and Olivia Wilde films, are beloved by women, but generally only women. They pass the Bechdel Test without hesitation. They display women navigating their gender and sexual identity amidst the trials and triumphs of life, rather than lazily showing off a woman’s figure alongside her strength and calling it “empowerment.” Yet, because they spotlight women, these movies aren’t upheld as the “pinnacles of film” in the same way as male-dominated stories.

The main antagonist at the heart of the issue is not Film Bros, but broader gender stereotypes. The aforementioned Film Bro movies all contain at least two male leads and focus on the specifics of technology, commerce and war/violence. They appeal to and forward the idea that economics, business, science and history are for men to understand and master.

At the same time, women should feel free to reclaim movies like “Whiplash,” “1917,” “Se7en” and “Pulp Fiction.” Women and men can prefer male-dominated films, but they should realize there are other options in the industry. Kathryn Bigelow, for example, makes films that feature subjects that typically resonate more with men, like the classics “Point Break” and “The Hurt Locker.” Plus, there are plenty of us who enjoy “Dunkirk” for “Dunkirk,” not just for Harry Styles.

Let me be clear: I’m not criticizing all men or saying that men can’t have opinions on film. I’m saying that Film Bros should acknowledge that their opinions are just that — opinions, not objective standards. There is a difference between discussing and analyzing a film you love and pushing out anyone who opposes or qualifies your viewpoint.

Just because a Film Bro speaks with authority doesn’t mean he is more qualified, intelligent or knowledgable than his female counterpart. Ultimately, film is not the elite, exclusive art some make it out to be and women do not need permission to watch, enjoy or critique films according to their own experience.