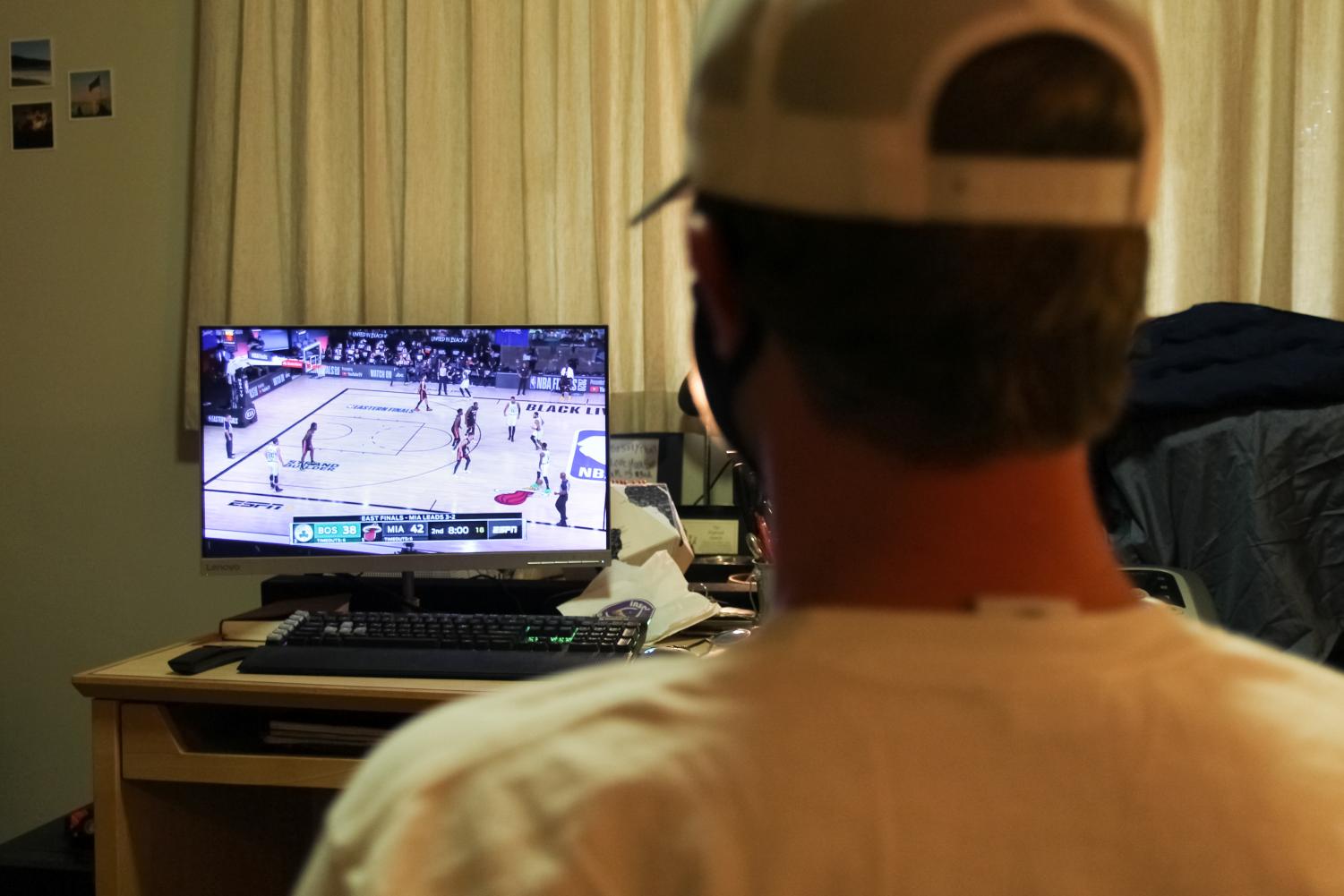 Battle of the beaches: Los Angeles Lakers vs. Miami Heat — Who will prevail?

As the world shut down due to the pandemic, many professional sports organizations closed their stadiums and temporarily suspended play. One of the first major professional organizations to do so was the National Basketball Association, otherwise known as the NBA. Although the normal season ran short, the NBA became one of the most successful organizations to return to the court after quarantine. The NBA implemented a “bubble” at Disneyworld in Orlando, Florida, consisting of routine COVID-19 testing for the 22 qualifying teams quarantining together. By excluding non-essential personnel and not letting anyone leave, “bubble” had no positive tests, meaning the season and the NBA playoffs could continue.

As the games started, many teams proved their worth. Many upsets occurred and underdog teams made their names known, but now, 43 days after the start of these playoffs, only two teams have prevailed: the number one seed Los Angeles Lakers and the number five seed Miami Heat.

No matter what happens in this series, history will be made. I am really excited to watch really good basketball.”

Both of these teams have an interesting past, which adds suspense to this upcoming matchup. First, the Lakers, having one of their best seasons in 10 years, have made their power known through their deep bench. Their outright top two best players have been Lebron James and Anthony Davis, who have dominated the competition throughout the “bubble,” but they have other well-rounded players sharing the court, such as Rajon Rondo, Alex Caruso and Kentavious Caldwell-Pope. They know how to get the job done.

The Miami Heat, who weren’t the favorites to advance to the Finals, fought their way in and made it. Their franchise player, Jimmy Butler, has shown his leadership, which has proven contagious to the rest of the team. The biggest shock from the Heat is their rookie, Tyler Herro. Averaging almost 20 points per game during the previous series against the Boston Celtics, he has been vital to the advancement of this team. Without a doubt, this series will be one for the books.

As the championship series begins, I asked around campus to see what students think about the outcome.

Solomon Davis, a sophomore on Westmont’s men’s basketball team, said, “I wanna say the Heat because they’re my favorite team, but the Lakers have more advantages. The only reason why the Heat could win is if they hit from three and are able to suppress AD and Bron.”

Sophomore Spencer Harris said, “No matter what happens in this series, history will be made. I am really excited to watch really good basketball. The Lakers have had the best two games in the series, but I would argue that the Heat have the next five best players. It should be a good series. Lakers in 5.”

This series will go down as one of the most dramatic and exciting seasons ever.

Thanks for subscribing!
View Comments (2)